Remember that rumour that Mewtwo was getting a new form as shown on the movie poster?  Well for good or bad, it’s now been confirmed to be true.  Mewtwo is getting a new form in Pokemon X and Y and it will look like the one on the poster.  Here’s the first official piece of artwork depicting it: 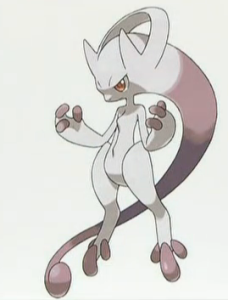 And how it looked on the TV show: 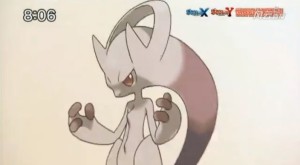 Oh jeez.  The design looks kind of poor if you ask me, and the fact this is the official look makes it even worse.  So many ‘pointless’ design additions and changes.  And all for a Pokemon that really didn’t need a new form to begin with…

The meta game should be fun to watch though, especially if this makes Mewtwo even MORE overpowered than before.

Either way, it’s real, deal with it.  Everyone’s nightmares are now confirmed, the picture wasn’t fake or a rumour and this new Mewtwo form is genuine.

What do you think about Mewtwo’s new form?

Fix this, turns out its a new pokemon related to Mewtwo. They really could have done a lot better, but I have a feeling its supposed to be a look of mixture “mew and mewtwo”

It’s not a new Pokemon, Coro Coro confirmed it. Here’s the updated article: