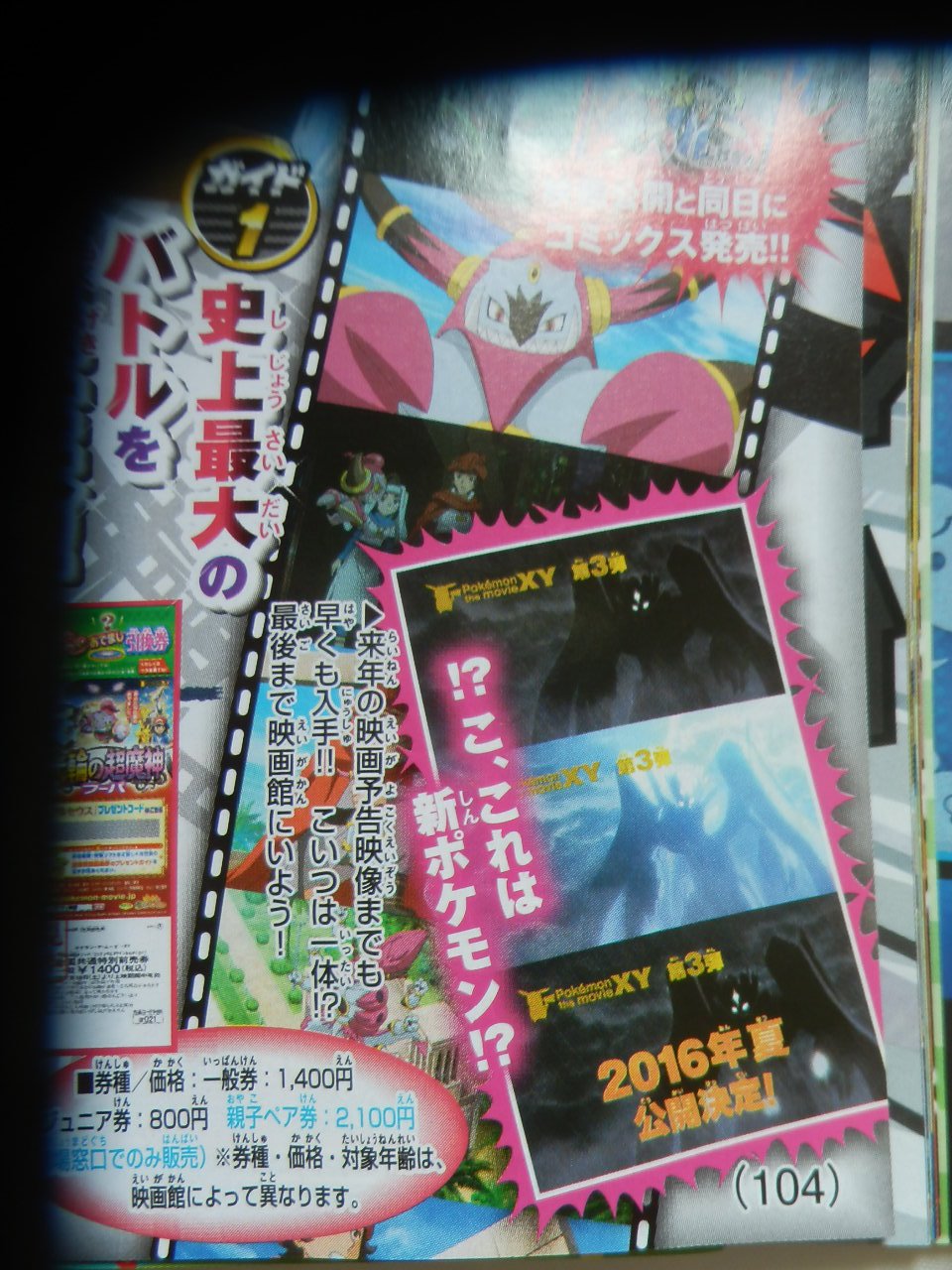 Could this be our first look at the mysterious Zygarde’s new form or Mega Evolution?

Because just recently, a new magazine scan has surfaced about the Archdijini of the Rings (the Pokemon anime movie featuring Hoopa) and it shows a mysterious silhouette belonging to an unidentified ‘new’ Pokemon.

As you can see, it’s kind of vague about what exactly is being featured.  Is it a dragon?  Is it some sort of humanoid figure with dragon wings?  Who knows, but given that the new movie apparently features Zygarde (a mostly ignored legendary Pokemon from Pokemon X and Y versions), the general consensus seems to be that it could be his new form.  Like a Mega Evolved version that can actually stand up to the likes of Xerneas and Yvaltel without getting completely slaughtered.

But it’s difficult to know for certain as of this point in time.  It’s in a movie featuring Zygarde and it looks a bit like him, but it could easily be some new species announced to go with a new game.  What do you think this mystery Pokemon is?