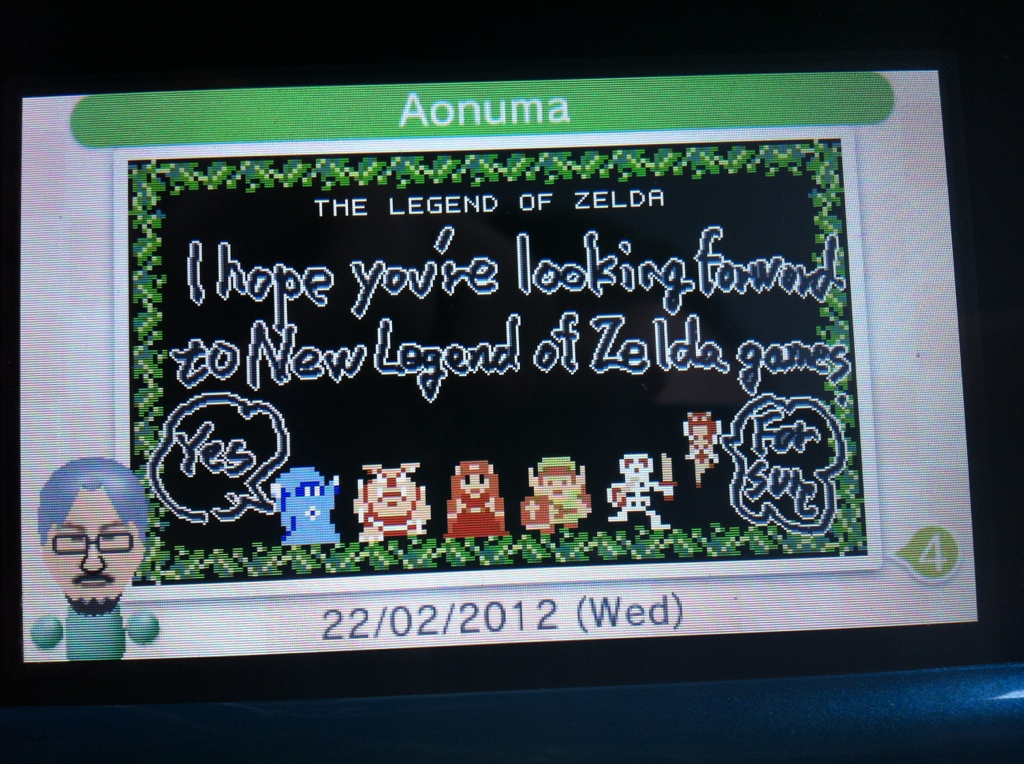 It’s not exactly confirmed, but a recent SwapNote sent to buyers of The Legend of Zelda Ocarina of Time 3D by Eiji Aonuma certainly implies a new Zelda game is in the works for 3DS. 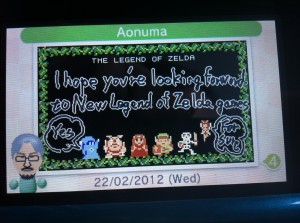 It obviously says ‘I hope you’re looking forward to new Legend of Zelda games’, with the various eight bit sprites saying ‘yes’.    Now, it may sound a bit crazy, but I think that’s pretty good evidence new Zelda games on 3DS are being considered, or even released in the nearish future.

Then again, the odd capitalisation worries me a bit.  Note the capital ‘N’.  Does that mean ‘New Legend of Zelda’ as in ‘New Super Mario Bros’?  Because that would be an interesting thing to, and a plausible type of game to make after Skyward Sword.  You could even, if you were very, very cynical read it as Aonuma saying ‘I hope you’re looking forward to these kinds of Zelda games because I don’t want to make them’.

But let’s be positive and assume the best… what kind of Zelda game could possibly be in the pipeline for the 3DS in the future?