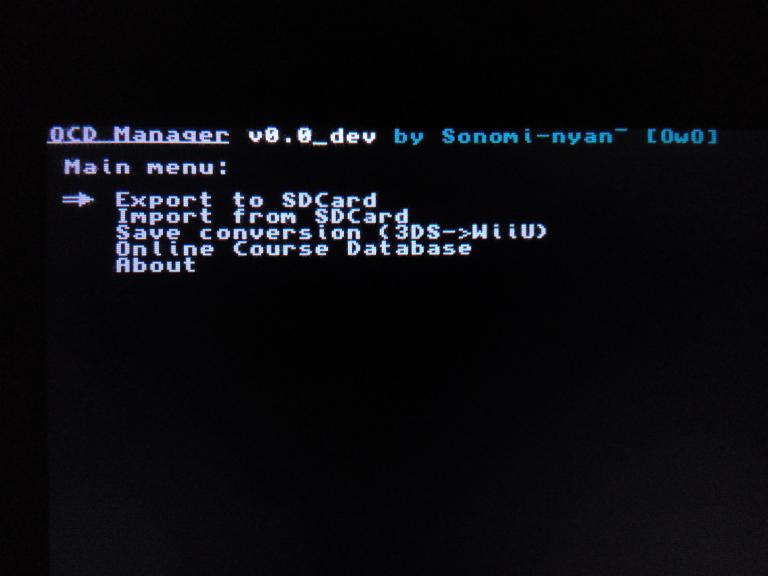 Well, isn’t this convenient! Because as you likely know, Super Mario Maker for 3DS doesn’t let you share levels online. Sure, you can share ‘em through StreetPass if you’re in Japan. Or if you have one of the few other 3DS game owners around living nearby and boh play Mario Maker.

But you can’t share levels online by default. This drastically limits the game’s usefulness.

Because thanks to various people at GBATemp, there’s now an unofficial exporter for 3DS Super Mario Maker levels! It’s named Online Course Database Manager (or OCDM for short), and lets you convert courses into Wii U format. Which then in turn lets you open them in the Wii U version and (presumably) post the online from there.

So here’s a picture of it in action:

Yeah, it’s basic I know. But it works, and it turns Super Mario Maker for 3DS into something people outside of Japan may actually be able to use. So kudos guys! You’ve done what Nintendo didn’t do, and made the 3DS version of Mario Maker as useful as the Wii U one!

But hey, what do you think? Are you going to use this tool? And if so, what levels do you want to bring over to Mario Maker on Wii U?