All thanks to another issue of Coro Coro Magazine, which has also revealed a few other interesting pieces of information.  For example, lots more legendary Pokemon from past regions can be found across Hoenn, and Mega Latias and Latios are obtainable with the Eon Ticket.

First up, here are some pictures of the new Megas: 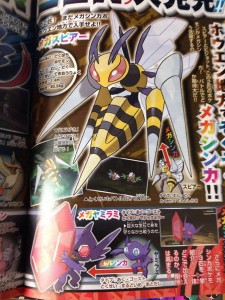 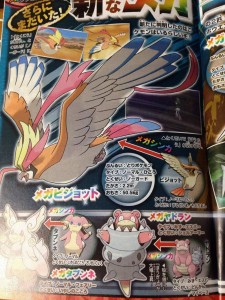 Mega Beedrill has greatly increased Speed and Attack, with the new ability Adaptability.  This increases the power of STAB moves (ones of the same type as Mega Beedrill)  so they do twice the normal damage rather than 1.5 times it.  So in other words, all its Bug and Poison attacks act like they’re Super Effective against Pokemon they’re normally neutral against, and almost lethal against ones they’re actually effective against.

Mega Pidgeot on the other hand, has better Special Attack stats, and the ability No Guard.  This ability means that all attacks used by or against it will hit.  Or in other words, a very nice ability if you’re not against a Pokemon that just happens to learn Thunder or Blizzard…

For the Mega Latios and Latias Pokemon… well, you encounter one of them in normal form during the game, and befriend it in the process.  This lets you fly across the region on it, in a way far more interesting than Fly ever was.  I mean, you actually control the Pokemon as it flies about, and can speed up and slow down mid flight!  Hopefully this turns out to be how all Flying in the game works, although part of me says you probably shouldn’t count on it. 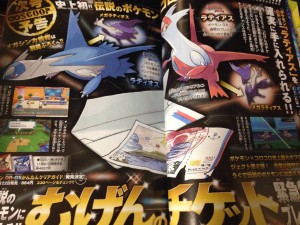 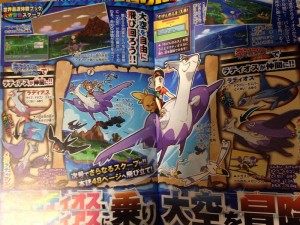 And the Eon Ticket?  That lets you travel to Southern Island and capture the other member of the duo. Like in the original games.

Finally, some good news for anyone who likes catching legendaries from other regions.  All legendary Pokemon will apparently be obtainable within this game, via the means of Mythical Places (islands and clouds in the sky).  These include the trio of dragons from gen 5, Dialga and Palkia from gen 4, Ho-oh and Lugia from gen 2…  Literally, every legendary you can think of will be in this game somehow.  Here are some pictures showing examples: 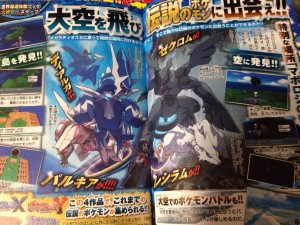 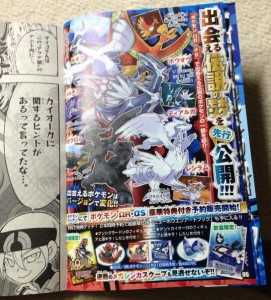 Above: Legendary places, with various legendaries from past regions and generations.

So yeah, Pokemon Omega Ruby and Alpha Sapphire is looking better by the day, and even more so due to all these great new Mega Evolutions and additions!