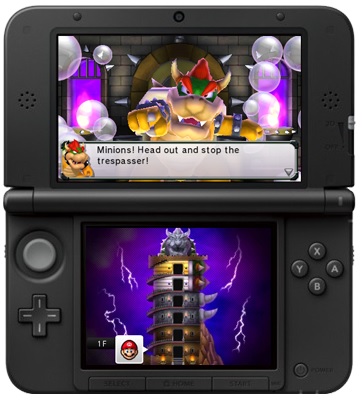 As of an hour or so ago, the official website for Mario Party Island Tour has now launched and can be found online at the link given in the article.  What’s new?  What interesting facts and artwork have been revealed?  Head inside and read the full post to find out!

To start, here’s the artwork for all known playable characters in the game, as taken from the official site.  Note that they’re basically card forms of artwork already available online, so there’s not a whole lot that’s technically new here. 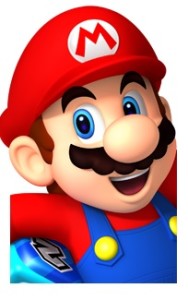 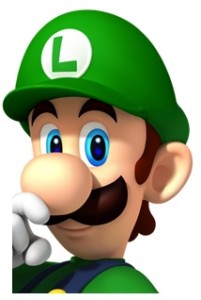 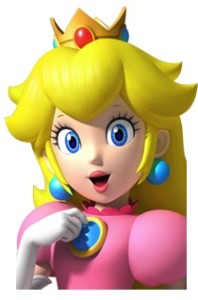 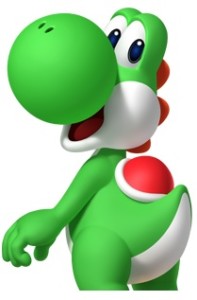 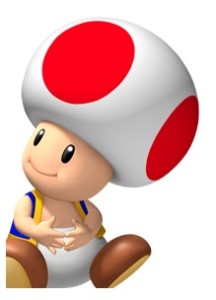 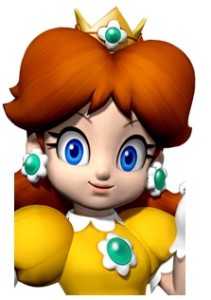 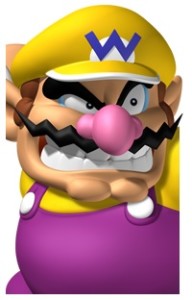 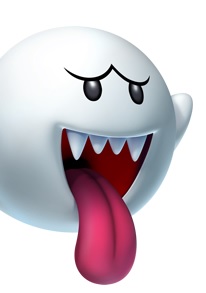 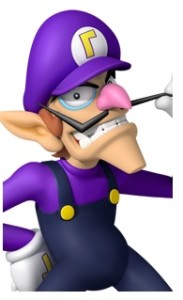 We also have some artwork of Mario and Luigi together, which doesn’t seem to be based off any previously uploaded art.  Here’s that piece:

And here’s a picture of Princess Peach, which is also exclusive to Mario Party Island Tour.  It’s taken from the official site’s ‘margin’: 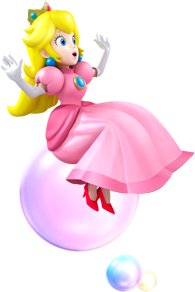 I also ripped a bunch of ‘new’ artwork out the big picture on the home page.

Here’s Rosalina, with a Luma.

Bowser Jr, with a Green Shell.  Reminds me of all those horrible, boring boss fights with him in New Super Mario Bros for DS.

Kamek on his broomstick.

Waluigi… playing cards on a rocket?  I always knew that guy was a bit of a loony.

Flutter… oh I hate these creatures.  They made Yoshi’s Island hell!

Daisy and Toad flying, while nearly holding hands.  Okay then…

So other than artwork (and the still conspicuous absence Donkey Kong, who seems to have somehow became persona non grata in recent Mario spinoffs for some reason), what else does the official site have?

Answer?  Some information about the boards!  So here’s a full listing of the boards (bar the inevitable unlockable one themed around Bowser) from the game: 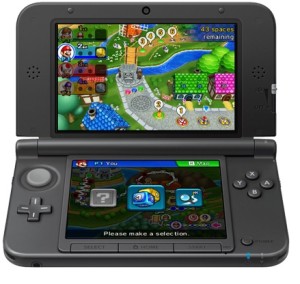 This is the familiar grass land/Toad Town board shown in the trailers.  The site says you use items to get round the board quicker, or something, 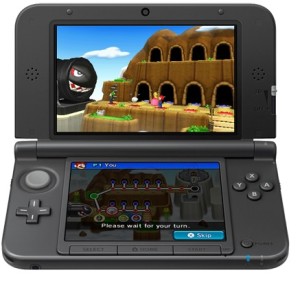 The one from the trailer where you get a choice to either hide in an alcove or risk waiting in the open, and where if someone lands on a ? block, the Bill gets launched and blasts away everything not hiding safely away. 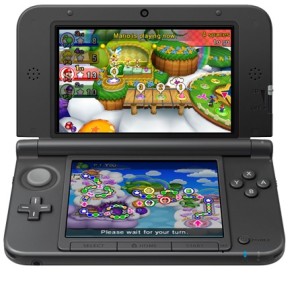 A cloud/sky/mountain themed area.  Apparently, you have to collect Mini Stars here, like in Mario Party 9. 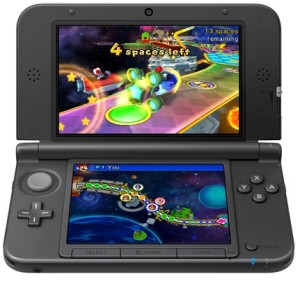 The Rainbow Road like board with arena.  Winning mini games fuels your rocket, and helps you get to the finish quicker. 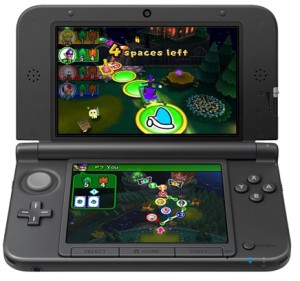 A new board themed around Kamek and a haunted house type environment.  They say you have to stop exactly on the last space to win, but don’t really expand on what other interesting gimmicks exist here. 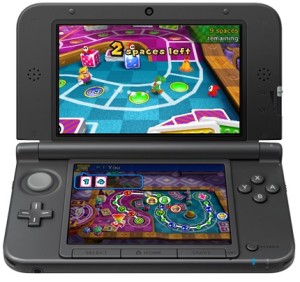 A casino like place where you have to ‘outwit other players’ and avoid the Bowser Card.

There’s also some information about new game modes, like:

Finish ten minigames as quickly as possible, with special ‘missions’ saving extra seconds off your time. 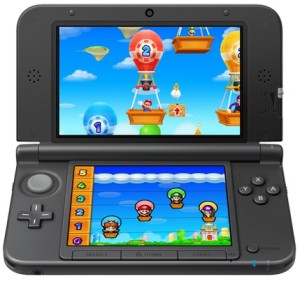 Also of note, thanks to th e URLs of the mini game pictures, I’ve now figured out the names for each one: This one is called ‘No Traction Action’.  That’s… a rather odd name. Sounds incredibly corny. 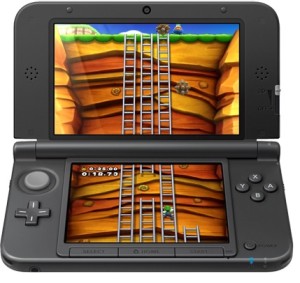 This one is called Slow Glide.  Wait what?  How is dodging rocks thrown by a Spike while climbing ladders gliding?  Do the rocks/spike balls glide? 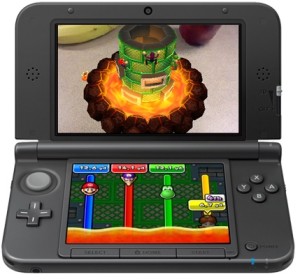 Another mode has you scale Bowser’s Tower… OF MINIGAMES!  And work your way to a ‘climactic showdown’.  So in other words, a boss battle.  Yay? 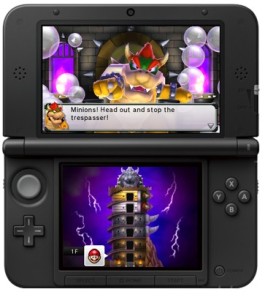 I do have to say though, it does look ominous.  Perhaps we’ll get a Luigi’s Mansion Dark Moon ScareScraper style ‘intro’ song before each floor?

StreetPass mini games are explained too.  Apparently, you unlock special collectables by beating matches against other people met using StreetPass.  Which explains the shadow clone things. 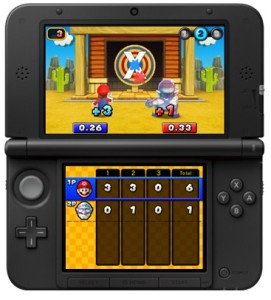 However, a nice memo to Nintendo…

Most people don’t live in Japan!  StreetPass is completely non viable in these other regions!  Stop focusing on it so much, because it objectively does not work in many places of the US, UK, Europe and Australia, South American regions, etc!

Still, moving on.  Apparently, there’s also a point system in this game: 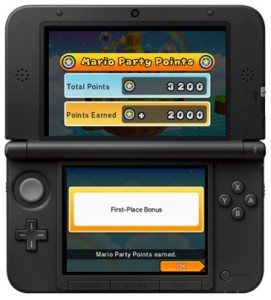 Apparently, everything you do gets you points… 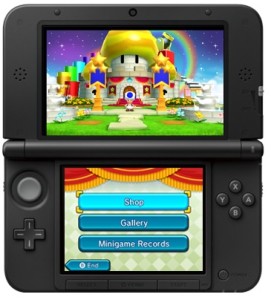 And you can spend them in a shop to get virtual rewards.  Let me guess, the following stuff is on offer:

Ah well, at least this game has you earn your points.  God I hate how app store games let you just buy your way to victory because of developer/publisher greed.

Finally, the site also had some wallpapers you could find by clicking bubbles with ? symbols on them.  For the ease of everyone here, I’ve now rehosted them all on my Dropbox account, to save you all the effort of searching:

And that’s the stuff from the official site.  If you want to see it for yourself, and look out for any more additions that Nintendo might make throughout the following weeks, the link can be found in the sources section.

What do you think of Mario Party Island Tour based on this info and these pictures?