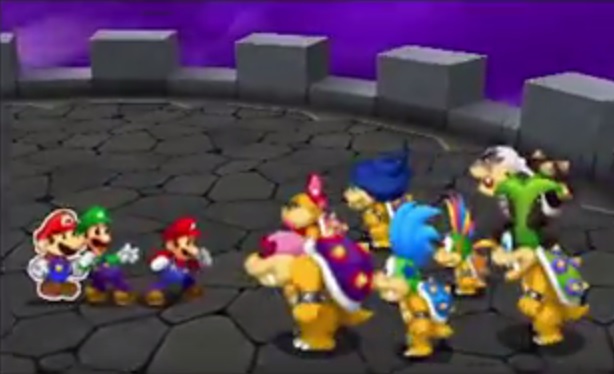 They’re all in Japanese of course, since they’re meant to advertise the upcoming Japanese release date on December 3rd.  But either way, here they are:

But ignoring the rather silly ‘live action’ stuff that Japanese Nintendo commercials seem to do far too often, these commercials also show a few other interesting things about the game.  Namely, these guys:

Yep, the Koopalings are in the game!  What’s more, they’re joined by Big Bob-omb from Super Mario 64 and a giant papercraft version of Kamek presumably based on his Dream Team appearance.  So the game already has a bit more variety than Sticker Star ever did.

But what do you think?  Do these new ads make you slightly more interested in the game?