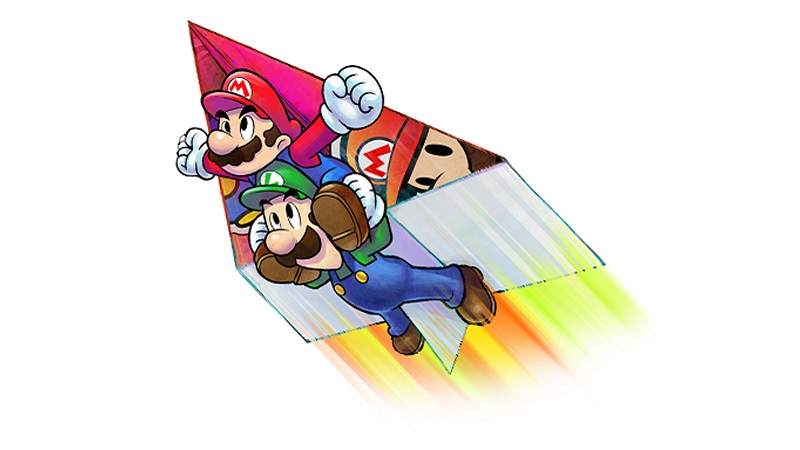 Just a few hours or so ago, we mentioned that the lack of new characters in Mario & Luigi Paper Jam was because of the game’s focus on characters meeting their paper counterparts.

And that Paper Luigi was considered for playable character status, but scrapped because it was seen as ‘too complex’ to use four main buttons.

But while those facts were pretty interesting, and gave me a taste of the development team’s ‘reasoning’ in some of their more question design decisions, they also made me wonder something else.

Namely, what else was being discussed in the Japanese ‘miiting’ for the game? What other interesting factoids came up in the Miiverse chat? So armed with a bit of free time, and the very, very most minimal of translation skills (read, whatever translations tools you can find on the internet), I had a look through the other posts in the topic.

So here’s some interesting information about Mario & Luigi Paper Jam’s development, courtesy of the game’s team! Interestingly, some of the people interviewed included composer Yoko Shimomura, producer Akira Otani and co director Hiroyuki Kubota, all of whom said a few neat things about the game and their involvement in it.

According to graphics artist Natsuko Kemi, the second section in Gloomy Woods (with a solo Luigi having to dodge ghosts and rescue Mario and Paper Mario from King Boo) was inspired by Luigi’s Mansion. Okay, that was already pretty obvious, but it’s nice to see it confirmed! 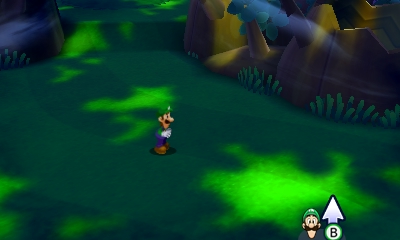 At least one of the staff for the game agrees with Miiverse commenters that the game feels a bit too ‘lonely’ (presumably empty) because it lacks a major town like Toad Town, with more characters, mini games, etc. So it’s likely that such a thing will be included again in the next game, bringing back the feel of Beanbean Castle Town, Toad Town and Wakeport in games past.

Yoko Shimomura’s favourite song in the game is the Mount Brrr theme. She also says that she considers the game her best work (perhaps just in this series), and is happy that people like the game’s music.

On the other hand, battle designer Jun Iwasaki prefers the final boss theme.

Apparently, the process for designing enemy battles in the game (or at least, how enemies act in battle) starts with Jun Iwasaki thinking about how the three characters will interact with it, and what commands would be used to fight it (presumably meaning to dodge the enemy’s attacks). It then progresses to a paper mock up of the battle gameplay, and then a playable prototype that’s constantly refined and reworked to make enemies fun to battle against and the action commands for dodging not too easy or hard to pull off.

Overworld graphics were drawn specifically for this game, but some aspects of the battles weren’t. I think they meant the camera angles and such, which definitely look Dream Team inspired.

The team were also asked what they’d do if they met their own paper counterparts. Interesting question, and the answers were all over the place. Otani would apparently comment on how ‘skinny’ his paper version was, and get him to do his work. Hirokazu Kobayashi would want to go on an adventure with Paper Mario and stop Bowser. Iwasaki would go fishing with his counterpart, though he admits said papery individual would probably be blown away by the high winds at sea (and hence never be seen again). Hiroyuki Kubota would exchange business cards and take his counterpart out for a fancy meal.

And Hiroshi Ohata would want to use some of the Trio abilities in Mario & Luigi Paper Jam, like Trio Glider.

Either way, there’s some interesting stuff there. Probably a lot more too, though from what I can see, most of it seems to have been mentioned in prior interviews/developer statements, or talked about in the video posted in the last article.

But what do you think? Are you interested by any of these developer comments? Or are you more interested in seeing how they’ll answer questions from American and European Mario fans?