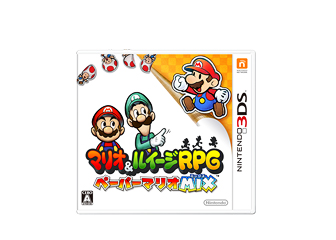 But what’s interesting is that the release date isn’t the only intriguing new piece of information that’s been announced today.  Oh no, it also turns out this game will have Amiibo functionality in some form, with the Amiibos for Mario, Luigi, Peach, Yoshi, Toad, Bowser, Dr Mario, 8-Bit Mario and Yarn Yoshi unlocking special support cards that will aid the bros in battle!

So that’s the latest round of news for Mario & Luigi Paper Jam.  Do you like the idea of December 3rd 2015 being the release date, or Amiibos unlocking support functionality in battle?  And what do you think about the box art for the game’s Japanese release?