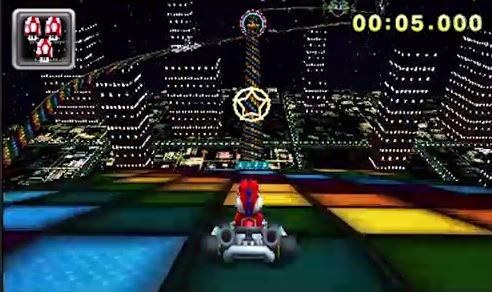 When it comes to modding and the Mario Kart series, it’s pretty obvious who the winner is.  Indeed, with the hundreds of custom tracks available for it and texture packs galore, Mario Kart Wii is arguably even the second most hacked game on the Wii.

But could Mario Kart 7 quickly follow it?  Honestly, we think it might, since the progress made on custom characters and tracks for the game is absolutely astounding.  For example, here are some of the tracks people have made or ported for the title, as shown on Youtuber MKGirlism’s Youtube channel:

And some from other people’s channels:

And what’s cool is that it doesn’t end there! We’ve got custom characters, with the likes of Dry Bones being ported to the game:

As well as custom music for the game, as heard in the videos below:

You can see other mods for the game, and any progress on them at the DSHack forums here. There doesn’t seem to be much there at the moment, but hey, it looks like the start of yet another modding scene for this franchise.

But what do you think? Is Mario Kart 7 going to be the next big thing in Mario Kart modding?