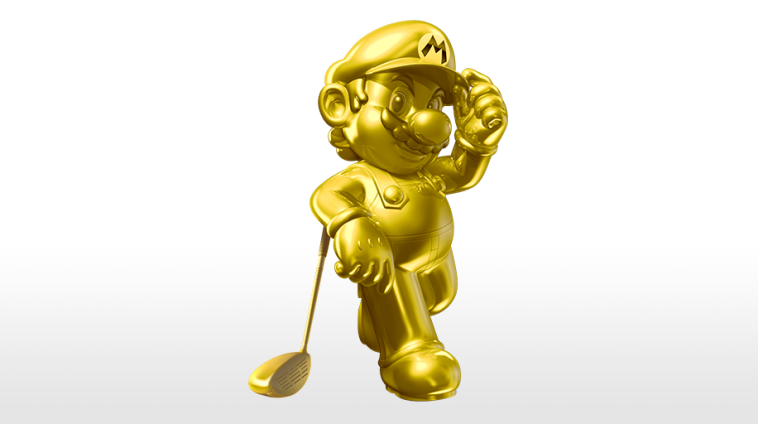 And to be honest, I’m not sure whether I like most of them.  They seem like some rather questionable choices for new characters and course ideas, especially given their… close connection to the New Super Mario Bros series.

Let’s start with good news first though.  Rosalina is confirmed playable.  And in a move that might please some people (I guess), Toadette is also confirmed as playable.  As for the rest… you’ll have to keep reading to see it!

Here are the additional courses.  You may notice a minor running theme throughout them… 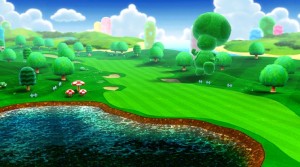 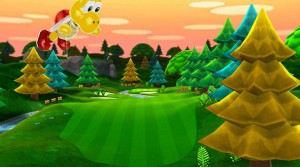 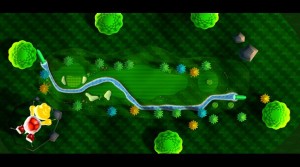 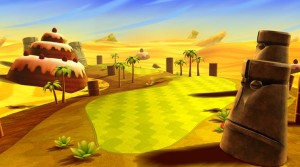 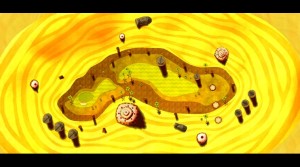 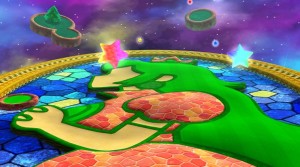 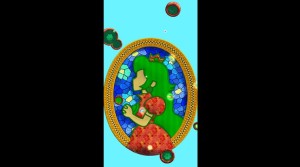 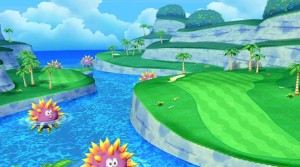 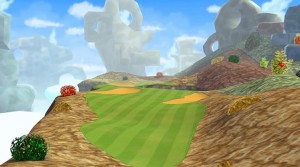 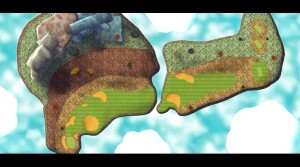 Figured it out yet?  Here’s a clue:

Yeah, pretty much all of them come from the New Super Mario Bros series, with the same scenery, set up, etc.

Which… I’m not sure about.  On the one hand, I guess they’ve kind of solved the old Mario sports game issue of the levels having nothing to do with the Mario series and coming across as more generic golf courses/tennis courts.  On the other hand… New Super Mario Bros is so damn boring in every sense (especially aesthetically) that seeing Mario Golf turn to the same design style is a bit depressing.  Especially given how guess what, about half of these are floating islands in the middle of the sky, something which was rather lame even in the Mario platformers.

And now the characters… 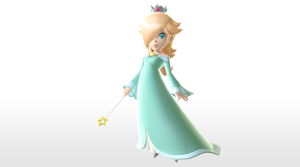 There’s Rosalina, who’s popular with quite a few people. 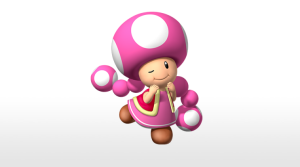 Toadette, who everyone pretty much expects by now despite being extremely bland in every way.

But then we’ve got… 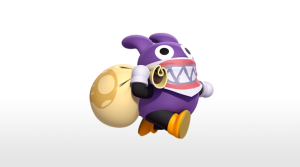 Nabbit?  Why the hell is he relevant any more?  He’s appeared as an enemy in one game and a playable character in DLC for said game.  Guess he’s the next Shadow Mario really, a one off nobody the Mario Golf series will include for exactly one installment in a failed attempt to stay ‘relevant’.

But the crowning moment of pathetic character choices goes to… 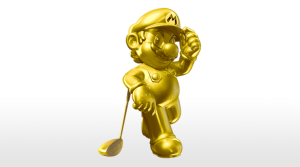 And that’s the DLC for Mario Golf World Tour.  Is it interesting?  Most certainly not.  Should anyone pay for it?  Dunno, the courses seem fine, but paying for a gold version of Mario just shouts ‘buyer doesn’t value their money’ to me.

What do you think about the game’s downloadable content?

Is this gonna be 1st day dlc?

I think the DLC in this is amazing I am super excited to try Rosalina and Gold Mario because at least its a break from Metal Mario.

Can you ever be fucking positive about Nintendo? You own a Nintendo Forum and only are negative, be happy for gods sake

This site’s perfectly positive. Just not about DLC or certain other things Nintendo have done recently.

Oh i have been on this forum for a long time, and besides those positive games, you also said a lot of bullshit about some of those games as well, how some pokemon are ridiculously ugly how some character spots are stupid, you trash Nintendo more than that you support them, like get real for a minute

I hate to say it (Disqus needs censors), but you have a point; I’ve been boycotting this site for the last couple days when I snapped; you’ll like my philosophy ).

To those being overly negative about criticism towards Nintendo; For the love of [whoever], just get over it. Nintendo makes many great games and systems, but they’re not perfect. When they do well they should be praised, when they don’t, they should be criticised. Unfortunately, because of a certain amount of hatred towards them by the mass media, it seems a certain portion of their fans have seemingly responded in a ‘defend anything they do to the death’ mentality, as if anyone who criticised anything about them was some outsider trying to destroy the community. If you want a site… Read more »