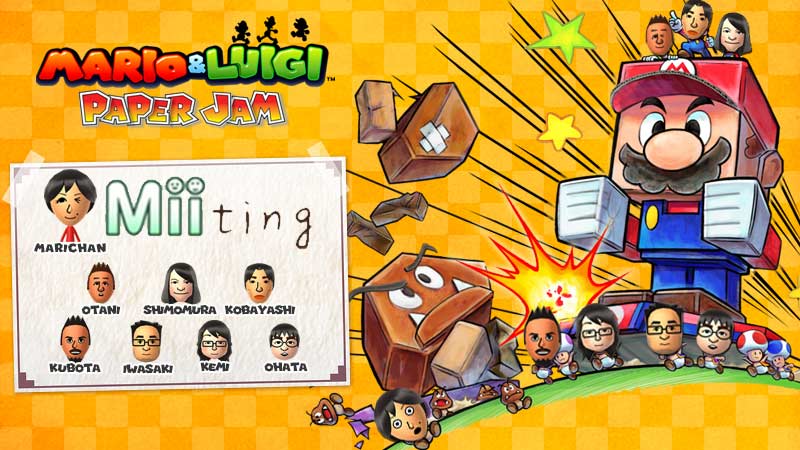 Well, this makes my attempts to translate the Japanese version rather pointless, doesn’t it? Either way, now the English version of the ‘miiting’ is live and available on Miiverse, complete with all kinds of interesting facts and details about the game.

So without further ado… let’s get through this and see what the development team have to say about the game’s design process and inspirations!

Hello, everyone! I’m Akira Otani, a producer. Mario & Luigi games in the past were all about using two buttons, but for this title, we thought that we’d try to break new ground and make the action based on three buttons instead. However, when we tried to think of a new third character, we didn’t come up with anything very good. Things carried on like that until we thought, “Wouldn’t it be fun if there were two Marios?”, and then Paper Mario emerged as a prime candidate. We felt that Paper Mario would push Mario & Luigi towards some new play styles, by means of a contrast between the solid and the flat, so we put forward the idea of a crossover.

So in other words, they wanted a game based around using three buttons, needed a third character to include and then figured out that two Marios would be a good idea.

Well, it’s decent enough reasoning I guess. That said, given how many possible other choices for extra characters there were (Wario and Waluigi, Princess Peach, Yoshi, you name it), it seems kind of weird to settle on another Mario and a Paper Mario crossover for this title. Especially given how little was actually done with the paper concept here.

We did think “We’ve got to have double bros!” at one point, but we also thought that we should stick with three-button play, that four buttons might be too difficult, and that the game would be frustrating to play. Because of that, we made ease-of-play a priority, and settled on just using the A/B/Y buttons, which meant unfortunately that Paper Luigi would have to sit this one out. Sorry about that!

And they confirm the ‘no Paper Luigi because of complexity’ thing. But hang on, what’s this? 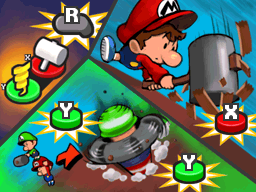 Is that… a game using the X and Y buttons? Oh yes, it’s called Mario & Luigi Partners in Time. You guys at AlphaDream made it, remember?

Or how about this? Didn’t Bowser use both buttons? 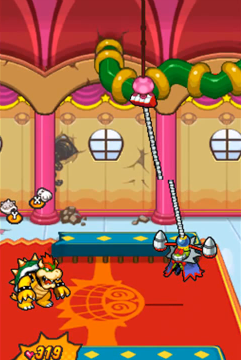 Yes he did. Complexity? What complexity? It wasn’t too hard for us to get used to then, and it wouldn’t be too difficult now.

Both the Paper Mario and Mario & Luigi series are known for their high-quality storylines, so did this aspect also turn out to be tricky to handle?

…It did. We were thinking, since the paper characters were coming all the way from the paper world, let’s make the main story something really bizarre, crammed with red herrings and misapprehensions. We had things like going back and forth to the paper world, and the Mushroom Kingdom turning gradually into paper… But we overdid it a bit, and the first draft of the plot ended up being a complete muddle that wouldn’t resonate with anyone… So we simplified the script and structured it with greater emphasis on showing the different characters meeting and interacting with each other. We had to do a lot of re-writes…

You turned down a complex, interesting storyline with bizarre concepts and a dual world structure… then scrapped it for what we got in Paper Jam?

How does that even… And wouldn’t ‘resonate’ with anyone?

Yeah, tell that to the Super Paper Mario fans (and not the morons from the Club Nintendo survey either). That was a bizarre story with weird ideas and lots of drama. Yet it resonated with a huge portion of the Paper Mario fanbase, to the point a whole website was set up purely for fans to talk about the game and start roleplays about it and stuff.

Will anything like that happen for Paper Jam? God no, you simplified the story and characters so much that a certain percentage of the Mario RPG fanbase considers it a disappointment.

And now, for the original characters thing:

That reminds me: In the Mario & Luigi games, there are usually lots of interesting characters who don’t appear in other Mario games, but this time it seemed to be mostly main-line characters. Was this also something to do with it being a crossover?

Oh no, nothing to do with that! This time, since we had so many paper characters and doubles of the same character together, we had to prioritize moving the story forward and communicating the contrast between them. It would have been really difficult to put in original characters and work out when would be the best time for them to appear.

How about in Gloomy Woods, on Mount Brrr, in Twinsy Tropics… anywhere for that matter?

King Boo could have had some interesting ghost allies and supporters. 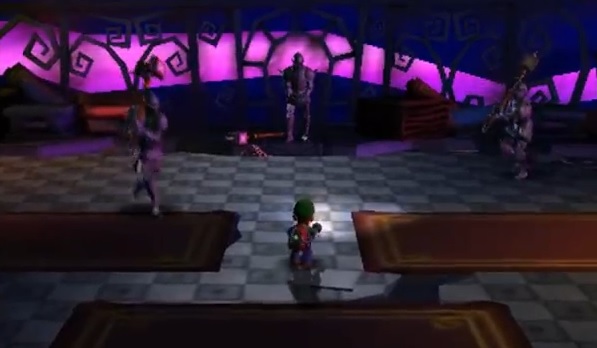 Above: Or even old ones?

King Bob-omb could have had a more interesting army, or even been replaced by a newer character.

A new villain could have potentially appeared from the book, given how messed up most Paper Mario villains were prior to Sticker Star. 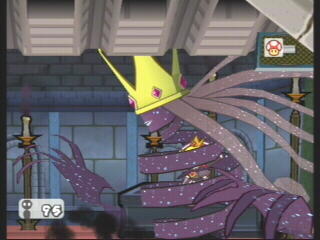 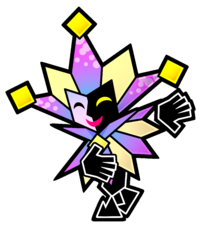 Heck, the Battle Ring boss could have been someone OTHER than Dry Bowser. How about that?

Difficult to put in original characters and work out the ‘best time’ for them… yeah right.

Yoko Shimomura on the Music

Hello, I’m Yoko Shimomura. Since we were fortunate enough to have Paper Mario joining in this time, I consciously tried to go for a lighter, “poppier” feel than usual. Overall, I feel like it has the typical atmosphere of a Mario & Luigi title, but I’d be really pleased if people could detect some of those other nuances in the battle theme and the arrangement of the title theme.

Well, you sort of succeeded for the battle theme, but if you were aiming for a lighter feel for the general soundtrack… you kind of missed the mark.

Which really, really isn’t a bad thing; this game’s soundtrack is incredible. But damn, it’s the kind of soundtrack you’d use for an epic adventure to save the world from a demon wanting to destroy reality, not for a lighter, more upbeat adventure involving crossover shenanigans.

Well, it’s not quite a general Luigi’s Mansion reference, so we were wrong about that. I’ll let Nasuko Kemi explain in her own words:

Hello! Mario & Luigi graphics designer Natsuko Kemi here! Perhaps I should try and keep it short… To pick an example, let’s talk about the animation in the scene when Luigi is on his own. I used the way that Luigi walks in the Luigi’s Mansion series as a reference when I put it together. I really like those games myself, so I hope that connection comes across and the fans are able to sense it! And then, as always, I did my best to cram lots of tiny details into the little pixel characters, like the direction of their gaze or what their hands are doing. Also, for some reason, I really focused on getting the roundness of Luigi’s behind just right.

So they took inspiration from Luigi’s Mansion for Luigi’s walking animations.

I’m Hiroyuki Kubota, and I was in charge of designing the overworld. This goes for the battles too, of course, but the most difficult part was to avoid people feeling like the controls were “too difficult” or “more annoying” due to the addition of a third character.

Sorry, but you… kind of failed in some respects. Not most of them, but Trio Hammer is still a painfully awkward move to use. Maybe it’d be better if there was an option to activate it in just one button press rather than three.

As for Trio Grab…

With the Trio Grab move in particular (where Paper Mario rolls up and stretches out), I kept receiving feedback like “It looks like rubber.” or “It feels too stiff.” That one went through quite a few iterations… It also took a lot of work to make the models of the Mario and Luigi series interact smoothly with the Paper Mario models, and we considered finding some sort of compromise, but in the end I think we nailed it!

Well, it’s a very nice move, and it works well on the overworld.

Maybe a little too well…

It’s brilliant for going through walls and out of bounds all over the place. Heck, it’s like an easy button for glitches!

Indeed, the speedrunners of the world salute you, Trio Grab and its glitchy applications have gotten the world record for the game (a 15-20 hour experience) down to about 3 hours and 40 minutes.

At certain points in the game, Mario’s enemies even steal his Copy Block and make copies of themselves!

Wait, certain points? Isn’t it only Paper Petey Piranha who does this?

Yeah, we talked about this in the last article, but thanks to the English ‘miiting’, we can see exactly what the staff wanted to say about this.

Kobayashi wouldn’t fight Bowser with him, but would argue like the two Bowsers did, then go on an adventure.

I imagine I’d think, “Whoa, a life-size poster of me! And it’s moving!!!” I’d get her to practice playing the piano a lot, and then she could make her debut as the “Miracle Paper Pianist”! Hahaha… The novelty value alone would make her a huge hit! (I hope…)

We were right. They do want to include Toad Town in a later game:

I heard one fan saying “It’s sad that we haven’t seen Toad Town, the town outside Peach’s Castle, since Bowser’s Inside Story.” I feel the same way. If I get to work on another game in the series, I’d like to work it in somewhere, but we’ve put a lot of work into this game’s world nonetheless, so I hope you enjoy exploring it!

Still have to wonder why it’s not in this game then. I mean, isn’t this the Mushroom Kingdom? Why is Toad Town next to Peach’s Castle in some games (Paper Mario, Superstar Saga, Partners in Time, Super Mario Galaxy 1/2, Bowser’s Inside Story), but not this one?

Either way, that was the English version of the Miiting. Was it interesting? Yeah, sure. Do I agree with a lot of AlphaDream’s decisions? No way in hell, there should have been more original characters and recurring cast members from the first two or three Paper Mario games. But it’s nice that they explained their decisions regardless.

What do you think about this stuff?