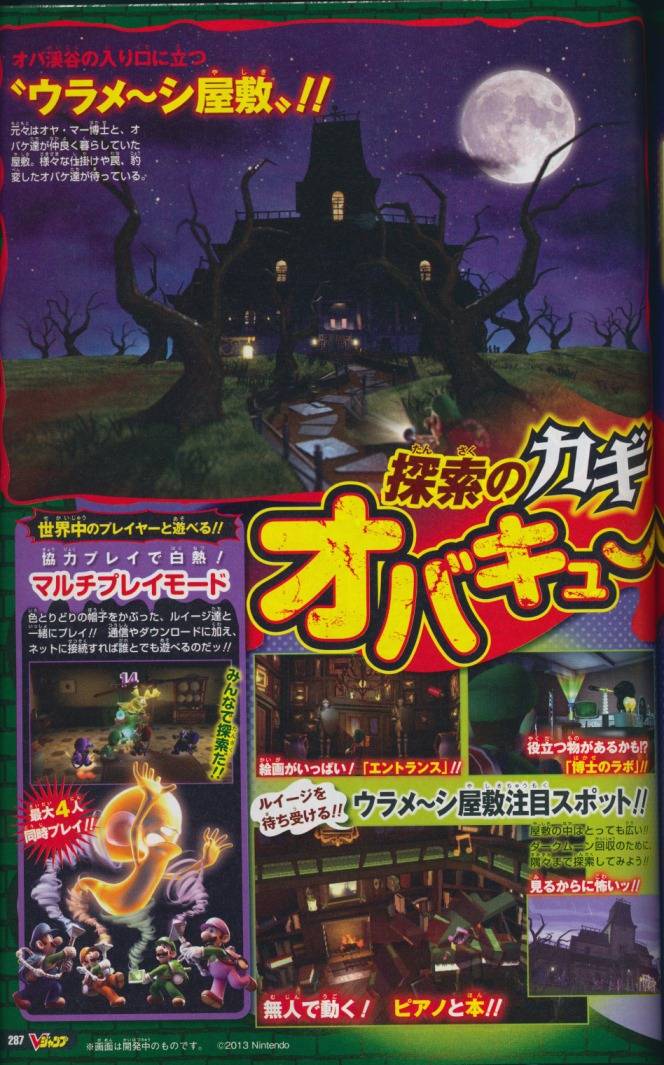 Just the one for the moment, the Japanese magazine this scan is from apparently only used two pages to cover the new Luigi’s Mansion game.  Either way, here’s the new magazine scan pages showing more Luigi’s Mansion Dark Moon screenshots: 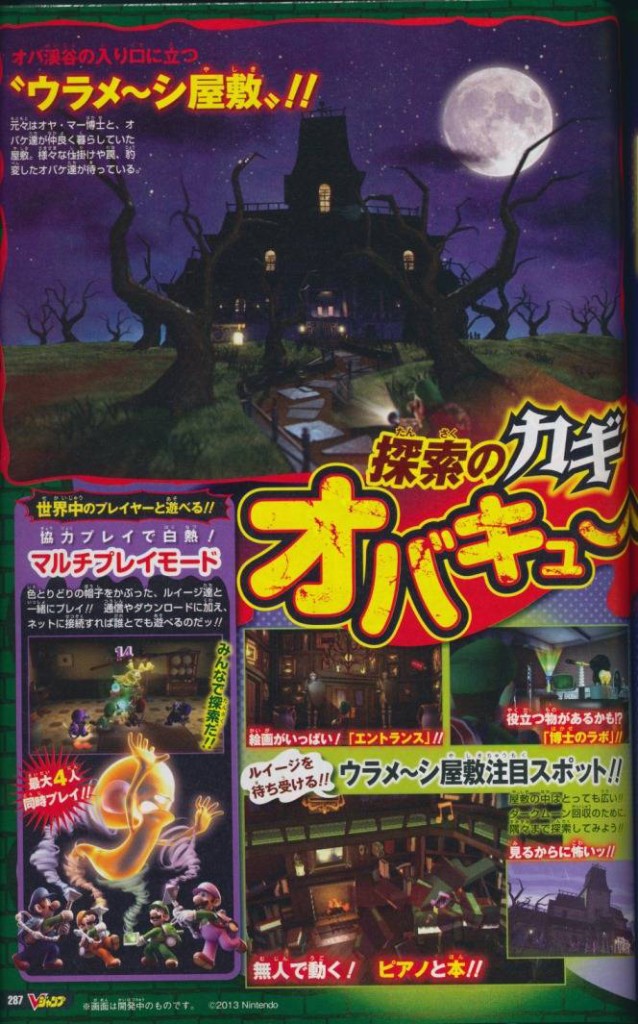 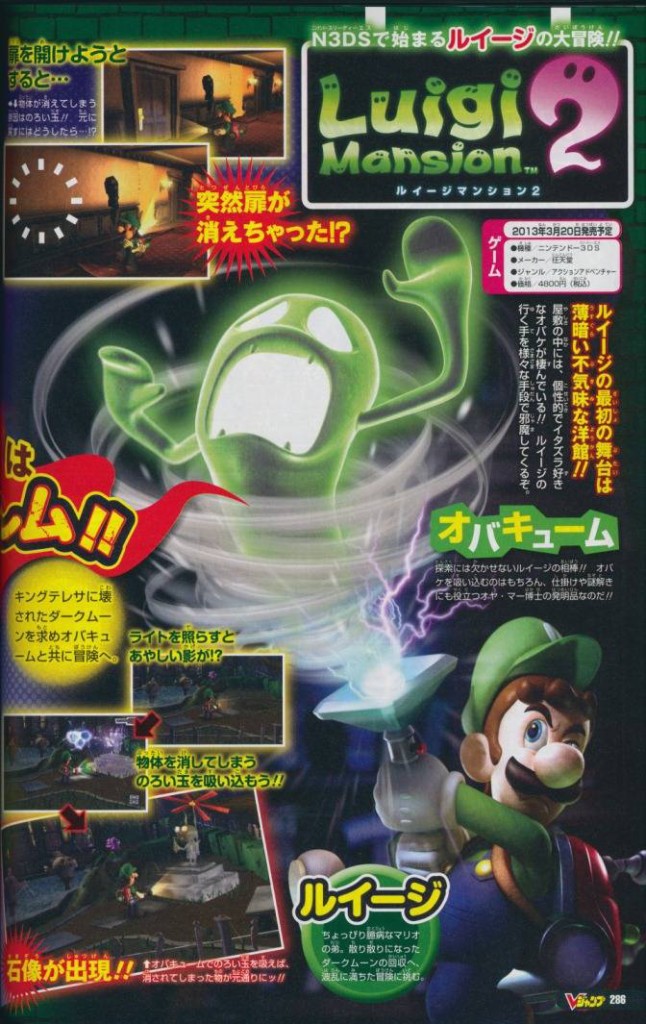 There’s not much that seems to be new here, but what there is seems to be interesting.  For instance, what’s with that Professor E Gadd style statue in one of the mansion gardens?  And why does it only appear when Luigi flashes it with the Darklight or whatever it’s called?  Is Professor E Gadd up to something suspicious this time around?

And what the heck is with the strange circular icon in the hallway screenshot?  It looks exactly like the icon you see when a web page is buffering/loading.  But why’s it in a screenshot of Luigi’s Mansion Dark Moon?

Finally, there’s a room in the first page there showing what appears to be an abandoned recording studio.  Is this another boss encounter area?  Does the third mansion boss have something to do with music or radio, or is some hidden force controlling the ghosts and evil spirits from behind the scenes?

So while these scans aren’t much, they sure do open up a few questions in regards to the game.