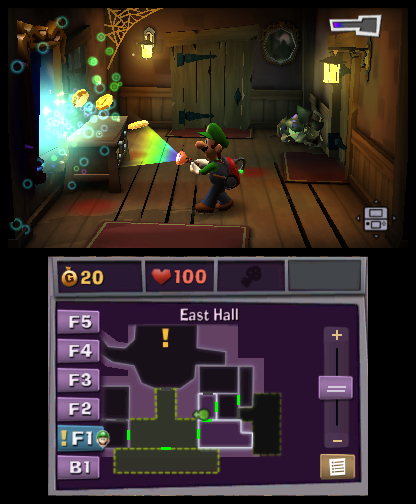 This time though, we have some interesting new art showing Professor E Gadd as well as some brand new screenshots of the game showing the fourth or fifth mansion.  Here’s the official artwork: 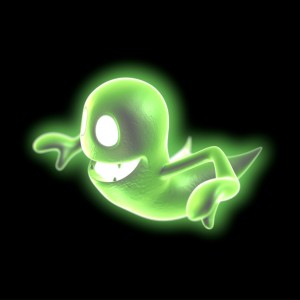 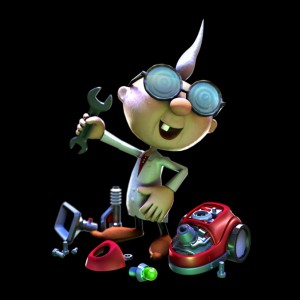 And here’s the new screenshots showing one of the later mansions in the game. 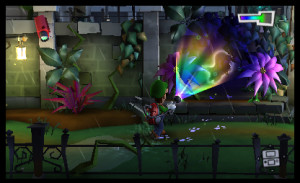 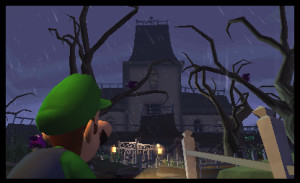 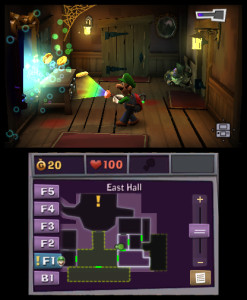 The first screen shows Luigi in what appears to be the fourth mansion, the one from last year’s trailer which had the Venus Fly Trap style creatures as enemies.  I guess plants are weak to this sort of rainbow light?

Screen 2 shows Luigi outside one of the earlier mansions.  Maybe it’s showing someone revisiting the area to find more Dark Moon pieces or to fight new ghosts?

Finally, the third screen shows Luigi shining light on the mirror and getting coins from it.  Interesting new game mechanic.

It also shows the bottom screen of the game, which in this case gives a full overview of the mansion Luigi is in.  Feared the game was going to have smaller mansions to make up for the larger number of them?  Looks like your fears are unfounded, the one shown here has a whopping six floors to explore with all kinds of interesting rooms.

So what do you think of these new Luigi’s Mansion Dark Moon screenshots?  Do they make the game look even better than it already is?