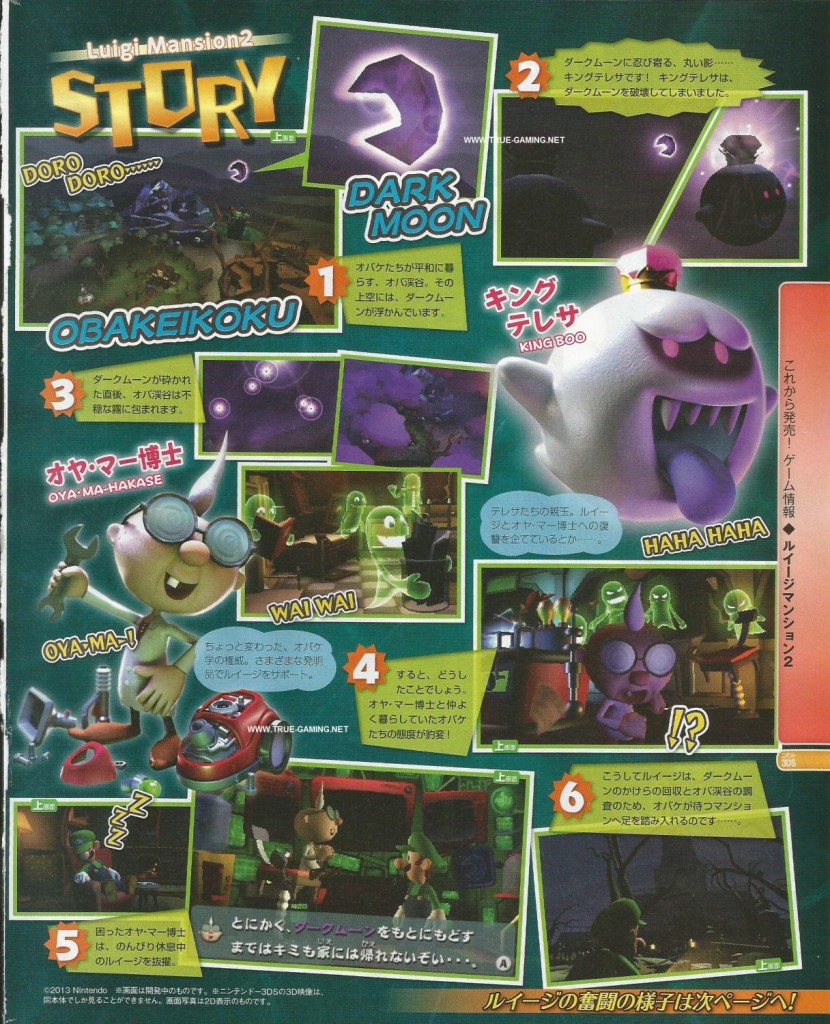 From the same magazine that brought us the last few magazine scans showing the game, here’s another batch of pages showing more screenshots from Luigi’s Mansion Dark Moon.  Some aren’t particularly new and have seen before, but I think there’s enough new content here to dedicate a blog article to analysing it. 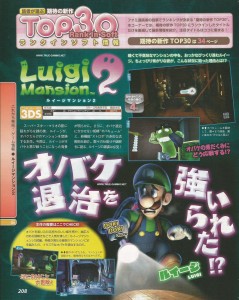 First up is this page.  As you can see, while the bottom two screenshots and the Luigi artwork seems to be old, the picture of the frying pan wielding ghost and of Luigi in the hallway are new.  What’s Luigi tugging on in the picture to the top right?  Because it looks like he’s trying to pull the curtain or tapestry off the wall to get to something behind it, implying the narrow hallway has more to it than initially meets the eye. 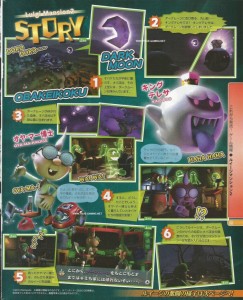 This one though is filled with neat screenshots.  The top left one seems to be a mansion map showing some of the different places you journey through, so let’s zoom in on this for a moment… 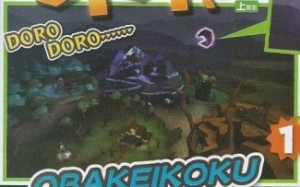 As you can see, it seems like it’s split up into at least four main areas and perhaps one or two side ones.  It’s probably not all the mansions in the game, but it does seem to hint that the first mansion (aka the standard ‘Gloomy Mansion’) is to the south, that the desert with the Mummy ghosts or maybe the Old Clockworks is to the south east, that the Secret Laboratory is to the North and the plant filled manor is to the North West of the area.  There’s also what appears to either be an island or the multiplayer mode’s ‘Scarescaper’ between the laboratory and the clockworks.  Maybe that’s part of the single player mode too?

Other than that, it also seems to be confirming my suspicions of what the game’s story is about.  King Boo seems to be the culprit behind the Dark Moon being smashed to pieces and the ghosts gone out of control, with one of the pieces being made into the new jewel in his (literal) crown. 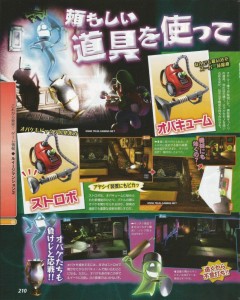 Next up is this scan.  Again, we’ve seen the artwork (although the captions might be trying to explain the different nozzles or something), but the pictures seem to show how doors can be opened with the strobe light function and what the differen ghosts look and act like in game. 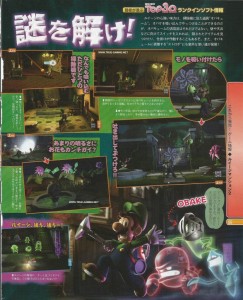 Finally, here’s the last scan page.  Here, it seems like the plants in mansion 4 or so are affected by Luigi’s flashlight and might be ghosts themselves, and that the place is littered with spider webs to avoid or take down.  Perhaps this is where the spider boss is found and fought?

Also, spiky seeds seem to be used to solve puzzles.  Well I think they’re seeds, for all I know they could be mini explosives you use to take down walls.

Oh, and in case anyone didn’t figure it out, the word ‘Obake’ here means ‘ghost’ or ‘monster’ in Japanese, referring to creatures from folklore. Wikipedia says they might not refer to actual undead human spirits but more like supernatural monsters, which makes sense when you consider that none of the ghosts from the Mario series bar the portrait ones and Ghost T seem to actually be spirits of dead people.  But that’s just random trivia.

And there you have it, there’s the next round of Luigi’s Mansion Dark Moon magazine scans.  I’m not sure exactly what magazine they’re from (probably Coro Coro magazine given the language and page layout), but they show some interesting pictures and stuff about the game including a map, so it’s all good.

King Boo IS the culprit.