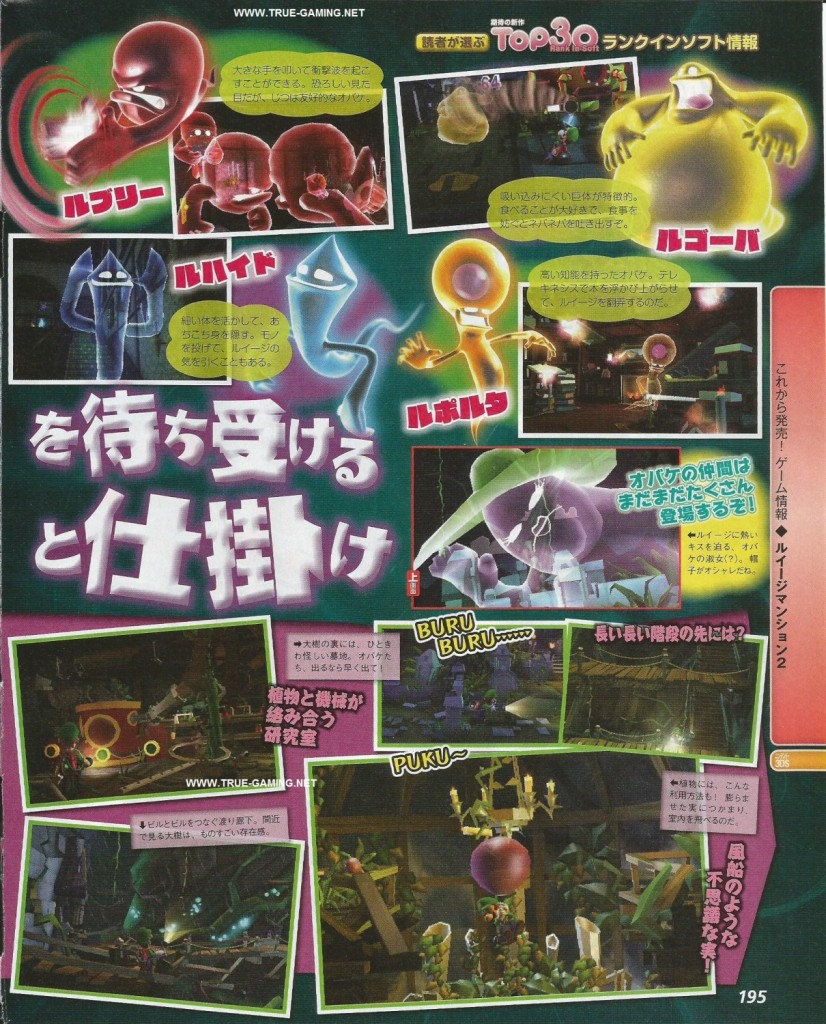 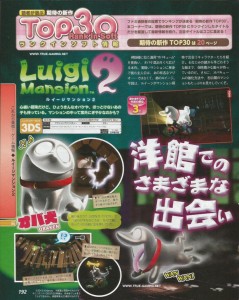 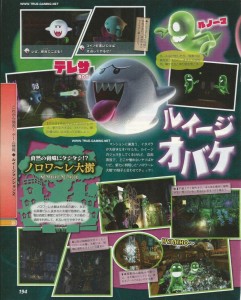 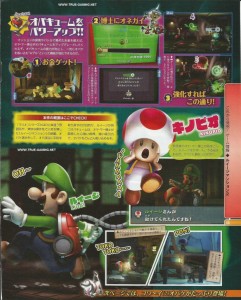 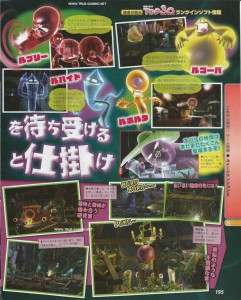 As you can see, there’s lots of awesome new screenshots here!  Like the Polterpup jumping on Luigi and trying to steal his treasure and Luigi following invisible ghost dog pawprints across a wooden bridge!  That’s new!

Another page shows both the Boos and the Plant Mansion.  Seems like you catch them in much the same way as in the first game by chasing them around and lowering their health bit by bit here, and that they can do things like go through walls.  The Plant Mansion is shown too, seems like the ghosts are screwing with the water wheel and messing up the greenhouse.

You can also now see that other types of money like coins, notes and gold bars return in this title, and some more screens of Toad following Luigi around.

Finally, we now have a nice clear picture of that ‘gardening ghost’ from the last Nintendo Direct trailer.  Not quite human, but seems to at least be a mini boss in the second mansion.

Next up though, here are some Game and Wario scans! 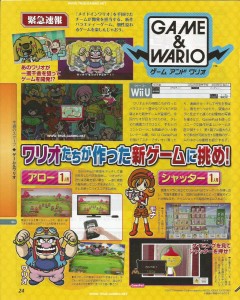 This one is interesting.  For example, we now see what appears to be a menu and all the game’s characters together in one place.  So it’s confirmed that Dribble and Spitz, Kat and Ana, Dr Crygor, Mike and Penny Crygor and Ashley are returning in this title despite the official site not officially showing most of them. 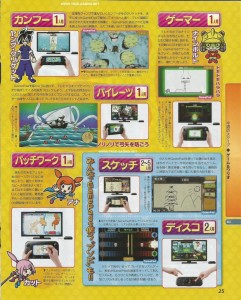 And in that one, we see Master Mantis, Kat and Ana and 9 Volt’s mini games.  Not sure exactly how they work, but they look interesting regardless.

Well, that’s it for the latest in magazine scans.  What do you think of these?  Do they make you more excited for Luigi’s Mansion Dark Moon and Game and Wario or what?