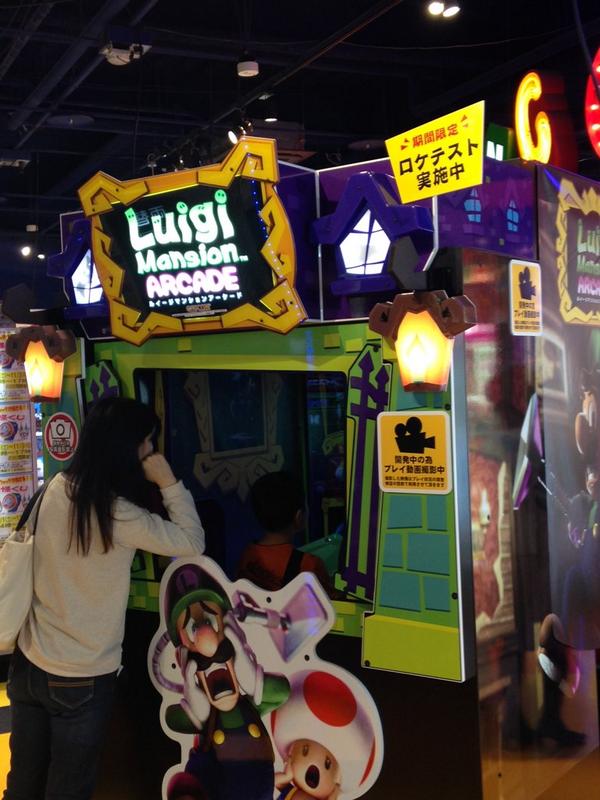 As you can see from the off screen footage from a Japanese arcade, the game basically seems to be a rail shooter version of Luigi’s Mansion Dark Moon.  The settings are the same, the general path through the mansions is the same, the art style and music is mostly the same and the ghosts themselves are pretty similar as well.  Heck, you’ve even got a repeat of the 3DS’ games tendency to bombard you with tutorials while playing!

But is it a good game?  Well to be honest, I’m not sure.  It looks enjoyable enough in that the mechanics work well, but the whole thing seems a bit too close to Dark Moon to be worth playing anew.  Add how the game’s pace seems a bit too slow with all the tutorials and walking and what not, and I suspect it just might not be as exciting to play in an arcade as a game made specifically for that type of environment.  Basically, if I was making Luigi’s Mansion for Arcade, I’d make a more fast paced game with a different set of environments and a far higher number of enemies.

But what do you think?