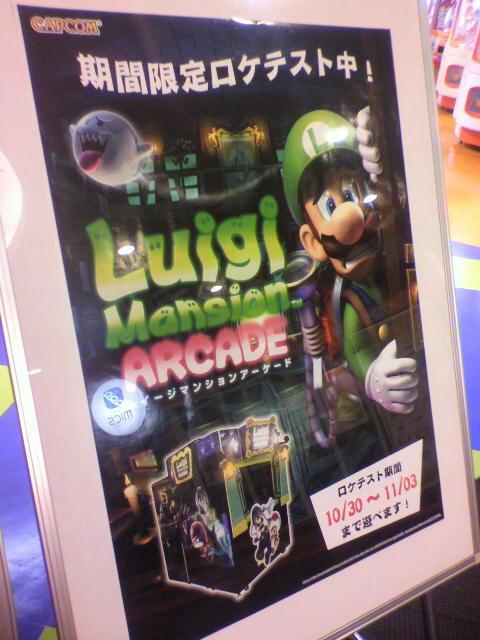 From Capcom no less, which is an interesting choice of developer.  But yeah, apparently they’ve been doing a ‘location test’ for an arcade version of Luigi’s Mansion Dark Moon, known only as ‘Luigi’s Mansion Arcade’.

Here are some pictures showing it in action: 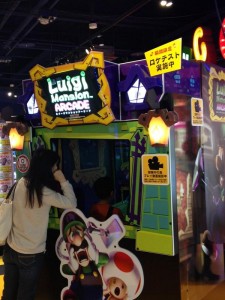 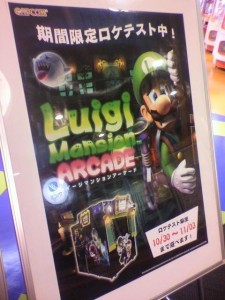 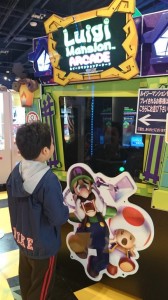 So what do we think about this?  Well to be honest, we’re a bit confused about the whole deal.  Keep reading if you want to know why…

Basically, Luigi’s Mansion Dark Moon, is not an arcade style game. Oh sure, it’s mission based.  But these aren’t short missions.  Oh no, the average mission in the game is between 20 minutes and half an hour worth of gameplay.  And what’s more, you also had a ton of health in both games.  Like, 100 health per mission, with frequent refills.

I’m kind of confused how that can easily be translated into a decent arcade experience.  Or at least, a money making arcade experience.  Because your average arcade game, tends to be a fast paced action game where you die in one or two hits and enemies come thick and fast (since the arcade owners need a way to keep you plugging in those quarters).  For example, Metal Slug or Ghosts n Goblins or some other ridiculously hard game that will absolutely eviscorate anyone who doesn’t know what they’re doing. Or maybe House of the Dead (which at least has enemies come pretty much constantly).

So how they adapting it?  Presumably, by focusing on one of these two aspects:

1. The secret missions, and maybe Paranormal Chaos.  Aka timed ghost hunts throughout the mansions where clearing them quickly is the only objective. However, given that there are only five mansions by default (and a limited amount of mission layouts at that), this would involve lots of game expansion and extra content.

2. A single player version of the ScareScraper, maybe set to Expert difficulty/Endless.  It’d have to be a lot more difficult though, given how people like myself have beaten Expert on our own:

Either way, it’s gonna be interesting to see how they’ve adapted the game, as well as if the arcade version gets a home console port (like to the 3DS or Wii U).