In fact, the game has apparently been selling so well over here recently that it’s gone back UP the charts to third place.  That’s pretty impressive for a game that’s been on the market for about 3 months already, especially one with as ‘non mainstream’ an appeal as Luigi’s Mansion 2.  Here’s the top ten best-selling games in the UK:

As you can see, Luigi’s Mansion 2 and Far Cry 3 have done a bit better this week.  Lego City Undercover?  Not so much. 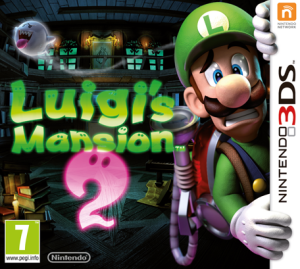 Above: Luigi’s Mansion 2 is still selling.

And as for Wii U games… yeah, they’re still not charting over here at all.  Seriously, even in the full ‘top 40’ games chart, not one Wii U game shows up in the UK.  Nintendo’s gonna need to do some more Wii U marketing some time soon, only their 3DS games are selling.