Kingdom Hearts 3 is Getting a Toy Story Themed World 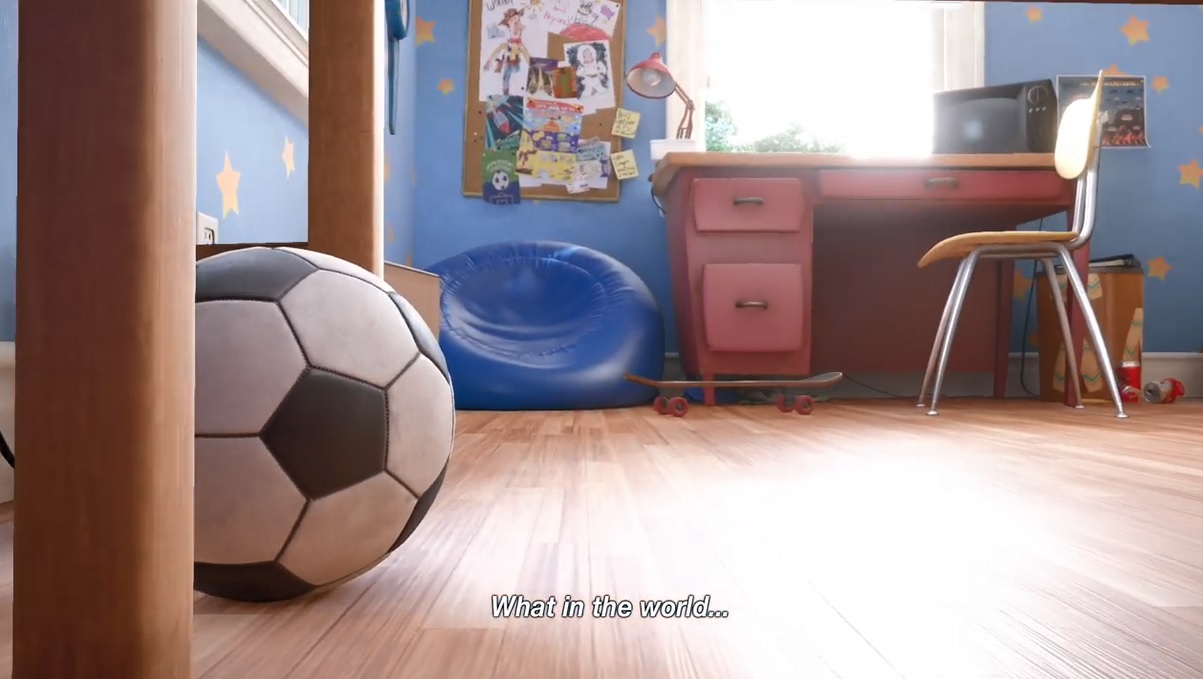 Ever since its debut in 2002, the Kingdom Hearts has grown from strength to strength. Built around the concept of a Disney and Final Fantasy crossover (where various worlds have been plagued by villains known as the Heartless), it’s quickly become popular enough to sell more than 20 million copies and build a large fanbase than continues to this day.

But up until now, there’s still always been something missing in the series.

Namely, Pixar. Up until this point in time, there hasn’t been a single Pixar movie represented in the Kingdom Hearts series.

Until now! Because just a few days ago, it was announced that a Toy Story world would be in Kingdom Hearts 3!

As you can see, it looks incredible and does an amazing job of replicating the feel of the Toy Story movies. All the familiar faces are there, with Woody, Buzz, Rex and the Toy Soldiers being just some of the well known characters found in said world. The environment is exactly as you’d expect, with Andy’s Room and the larger world around it being present and explorable.

And in general, it’s just amazing that a Pixar film has finally been represented in the series. Especially with a full world like this one.

However, that then raises another question.

What other Pixar films might get worlds based on them in future?

Because we know game director Tetsuya Nomura wants more Pixar elements in the series. He’s said so back in 2012.
Which means with Toy Story being represented in the latest game, that’s finally become a possibility.

So what other Pixar movies could get worlds based on them here?

Well, that’s actually a good question. Monsters Inc seems like a logical example, given how much of the series takes place in a world completely different to that of their own movies. The Incredibles could be a good choice as well, given how well suited the characters and setting is to action packed battles and the threat of evil taking over.

And well, quite a few other Pixar films open up interesting possibilities too. A world set inside the human body as seen in Inside Out? One based on a ruined version of Earth like in WALL•E? A pint sized setting with insects like in A Bug’s Life?

They all seem like interesting possibilities, and ones I hope Disney and Square Enix explore further down the line.

But for now? Let’s just be happy with the amazing looking Toy Story world instead. What a great start for Pixar representation in the Kingdom Hearts series!

Still, what do you think? Are you happy that Toy Story is getting a world in Kingdom Hearts 3? Does the possibility of more Pixar related content somewhere down the line make you happy?