How to Get Free Nintendo Badge Arcade Badges! 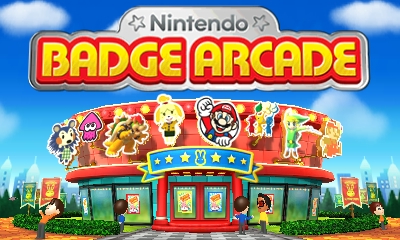 Playing Nintendo Badge Arcade, that weird title that has you collect virtual badges in a claw machine? Wondering how to get extra badges without spending extra money on turns? If so, it seems like you may now be in luck, since a useful trick has been found that can nearly guarantee you’ll collect all the badges on screen!

So what it is? Well, it’s called the LR trick, named after the L and R buttons you press to use it. Basically, you press L and R repeatedly to switch between ‘boards’, and due to the way the game is set up, the badges will often slowly get pushed towards the pit. And while it won’t let you actually collect them without turns, it does mean your turn is pretty much guaranteed to get a ton of badges. Here’s a video showing it in action (warning, potentially seizure inducing):

There are also some examples of boards you can ‘beat’ with this trick here in this VG Chartz Forum guide:

Either way, if you follow the guides above, and use the trick wisely, you’ll be able to get a lot of otherwise difficult to get badges without spending any of your turns. And that’s the trick.

But what do you think? Are you going to do this ’tilting’ stuff to get badges without wasting extra turns? Have you already used it to get some of them? Or are you the kind of person who doesn’t do anything in a way that’s not ‘by the book’?

One time I didn’t even use L/R tilting! I was playing and when I scrolled through, a Rosalina badge fell and then almost all the badges fell!