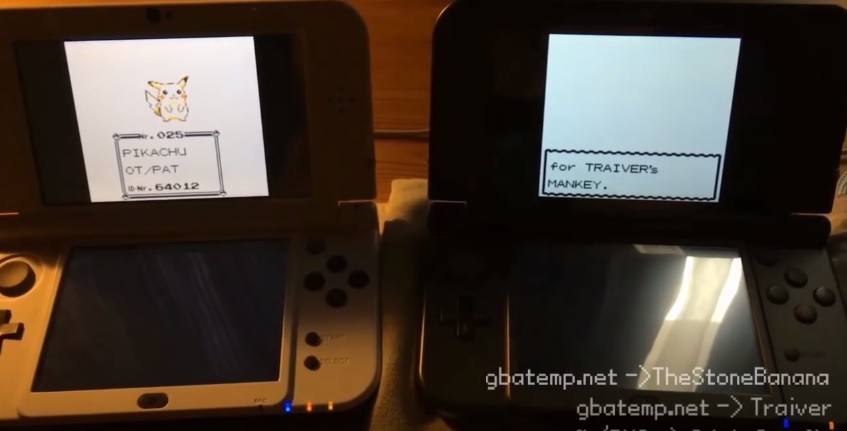 Have you bought Pokemon Red, Blue or Yellow for the 3DS Virtual Console? Do you like how it works with the 3DS’ wireless multiplayer features? Or want to see a working version of Pokemon Gold and Silver on the system?

If so, it seems you might be in luck! Because a hacker at GBATemp has figured how to get Pokemon generation 2 ROMs working with the system’s wireless multiplayer functionality! And how to connect ROMs of Pokemon Gold and Silver to the eShop versions of the gen 1 games to activate the Time Capsule functionality!

Here are some videos showing it in action:

As you can see, it works pretty well overall. Damn, if I didn’t know otherwise, I’d actually think this was an official game straight off the eShop! Heck, perhaps Nintendo ought to just make it official rather than bothering with their own generation 2 port. I mean, the work to get wireless trading and battling functional has already been completed, what more do you want?

Either way, the patch (and instructions on using it) can be downloaded from the GBATemp forums here:

So what do you think? Is this a nice stop gap until Nintendo ports the generation 2 Pokemon games to the 3DS? Or is this sort of deal dodgy enough that it should be left to Nintendo themselves?