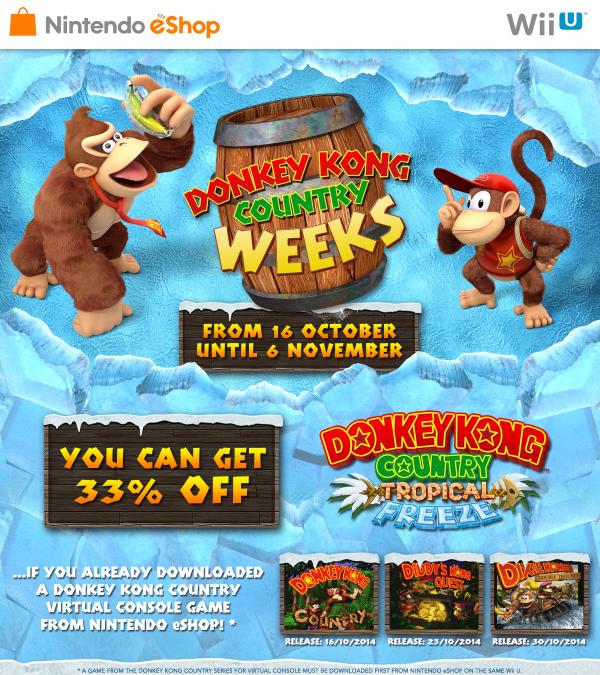 They’ve been unavailable for a while now (after the former disappeared off the Wii’s eShop back in about 2012).  But now, thanks to some generosity over at Nintendo of Europe, the entire Donkey Kong Country series will be heading to the Wii U Virtual Console!

And that’s not all.  Just like in Japan, the Donkey Kong Land titles for Game Boy will also be heading the VC’s way, with the series being available on the 3DS’ Virtual Console.

Classics and discounts abound in the #DonkeyKong Country Weeks on Nintendo eShop on #3DS & #WiiU from 16/10 to 6/11 pic.twitter.com/2GrpXda3Wl

So, looks like the Donkey Kong Country series is back on the Virtual Console, at least in Europe! Now let’s hope the same goes for the games in the US and other regions too…