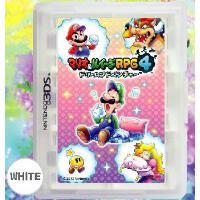 As you may have noticed by now, no screenshots or artwork of Mario & Luigi Dream Team show Bowser appearing in any way whatsoever.  But thankfully, it seems like he really will make an appearance in some form, as shown by this piece of Japanese merchandise for the game:

So that’s your official confirmation that Bowser will make yet another appearance of some kind in the Mario & Luigi series.  Will he be the boss you kill in two seconds at the beginning like in every other game?  Have his body hijacked by Antasma as part of the final boss battle (again like in the other games)?  Be the game’s comic relief?

What will Bowser’s role in the game be?