Including some rather interesting changes to the game mechanics.  Here’s the clearer version of the pages so you can see them better: 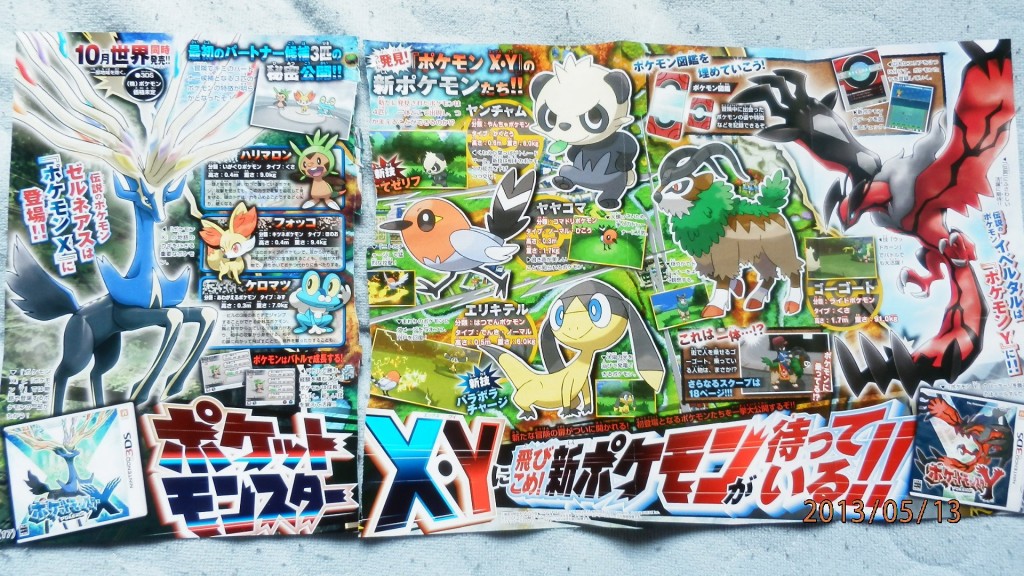 Notice anything interesting here?  How about better versions of the Pokemon X and Y box art?  Or more interestingly…

We can now walk diagonally!  Pokemon has finally caught up with every other video game on the planet and lets up move in more than four basic compass directions! 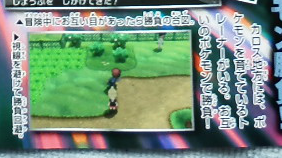 Above: The reign of the king who can’t walk properly is now over!

There’s also some… interesting info about the Pokedex.  Namely that the region has THREE Pokedexes, one for each part of the region.

Yes, it’ll be split into the Central Karos Pokédex, Coastal Karos Pokédex and Mountain Karos Pokédex. In other words, each area of the region will have its own unique Pokedex and Pokemon, perhaps with a general regional one being unlocked part way through the game instead. Interesting change, maybe not the best thing in the world.

So yes, some interesting changes on the way in Pokemon X and Y.  Do you like how we can finally walk diagonally?  How about the different Pokedexes within the region instead of a general overall one?