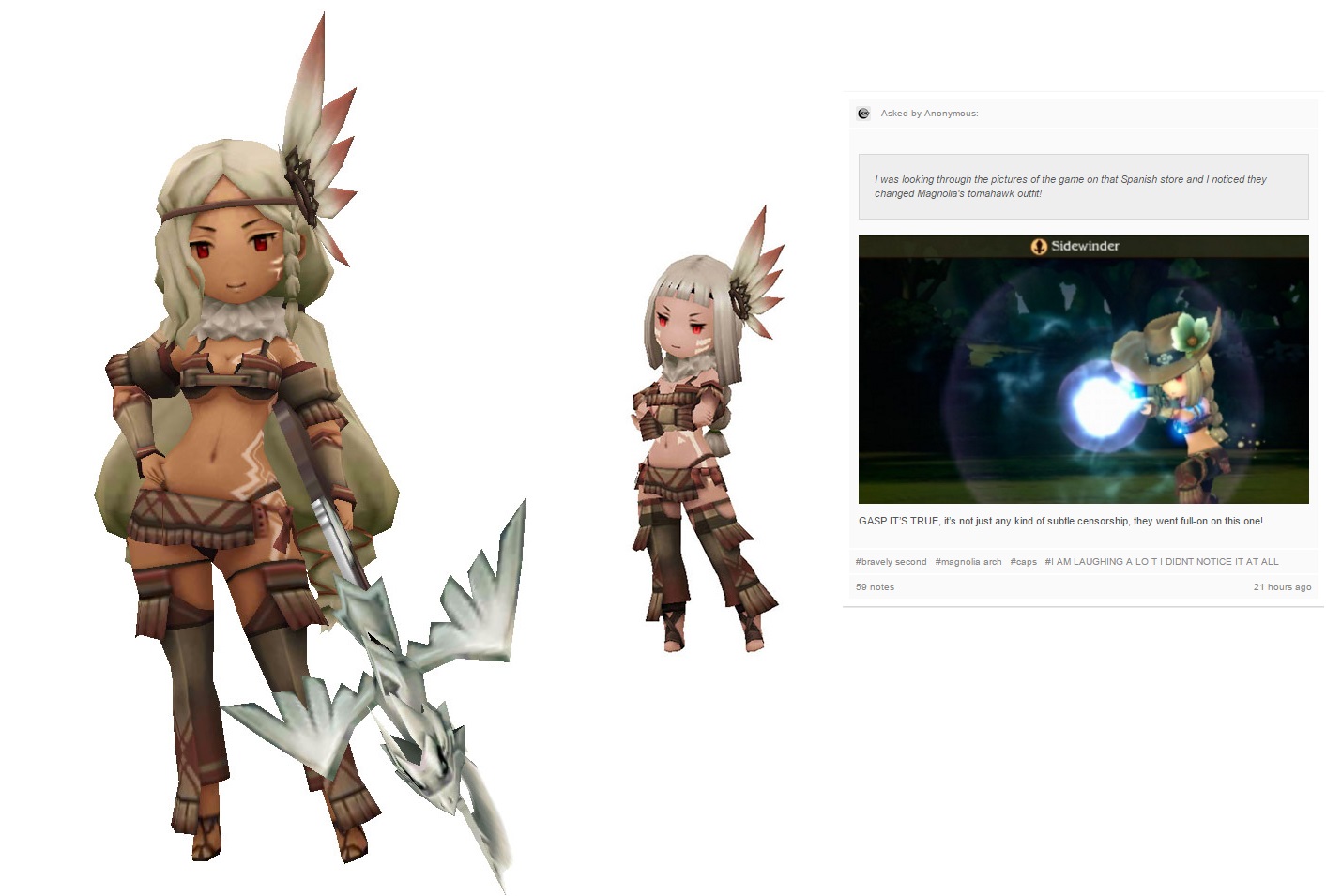 Okay, take this with a grain of salt at the moment, since the only reference for it is an image from a Spanish retailer.  But even so, it looks like Nintendo or Square Enix has swapped out the in game ‘Tomahawk’ class with a ‘cowboy’ one, presumably to avoid offending native Americans.  Here are some comparison pictures: 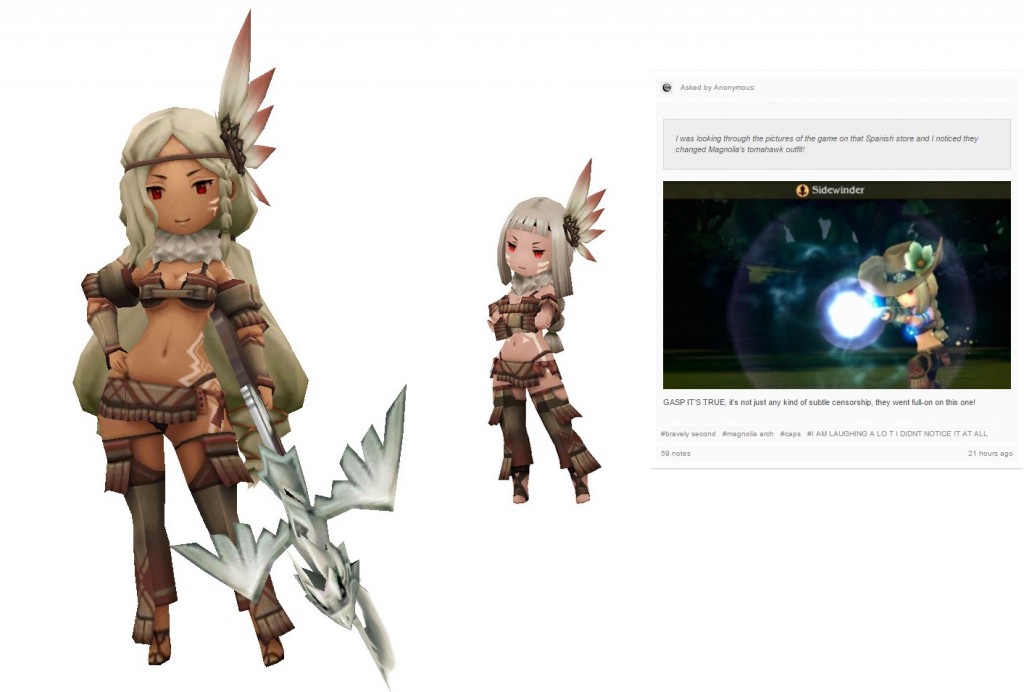 As you can see, it’s not the biggest change in the world (the most notable edit seems to be changing the headband for a cowboy hat), but still.  It’s 2015 people, we don’t need to censor away any mention of native Americans/American indians/whatever else in the name of political correctness.  Even less so given that it’s merely a character class in a video game.  What next, are we going to censor Turok so he’s not one either?

What a stupid as hell change, and one we genuinely hope doesn’t start becoming the norm in video games and other media.

I went and researched Spanish websites for this alleged store images. No news  outlet I came across linked to any store. some linked back to destructoid. Some had no source link and claimed they were images officially released by Nintendo.Apparently people are losing their composure because two outfits that look too similar and have a movement with the same name MUST mean it has been censored. For all we know it is not a swap but two different classes. Let's not jump the gun.Also, if the conjecture was correct I think it most likely would be a preventive movement to… Read more »