Are the 3DS and Wii U Perfect Consoles for a second WarioWare DIY Title?

Back in 2009 on the DS system, there was a pretty cool WarioWare game called WarioWare DIY.  This game let you create your own microgames as a sort of virtual game developer and share them with others to play, and had various other neat features like user created comics and microgame contests and events.  It also had a Wii version called WarioWare DIY Showcase that featured some more characters and pre made microgames along with the ability to play your games from the DS version on the big screen.  It was a pretty modest success then, but could this game possibly work much better now?

I think so, and here’s why:

One of the big issues with the original WarioWare DIY was that the Wii had no touch screen equivalent and hence an editor wasn’t included in the WiiWare version as a result.  This made that version just a cross between an expansion pack and the Game Boy Player; you could try microgames made on the 3DS or a couple of new pre built selections only available on the Wii, but you couldn’t actually make your own games due to the lack of any practical input method. 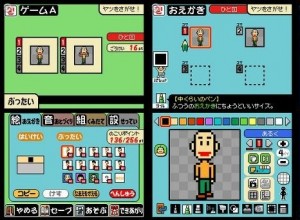 Above: Only the DS one let you make Microgames like this due to the Wii not having a suitable input methods.

The Wii U’s Game Pad on the other hand changes this entirely.  Now you’ve got the exact same type of touch screen on the home console as the handheld, the microgame editor can now be included in the Wii U version, turning it from just a minor freebie into a full scale second WarioWare game with all the trimmings.  Good news for people who don’t own a 3DS!

2. The Wii U and 3DS now have similar control methods and inputs

The other main problem the original game had was that the Wii and DS shared no similar controls.  What this meant is that only ONE type of mini game could be made or included; one that had you control the action by tapping things on the touch screen (which was then translated to pointer actions in the WiiWare version).

This was obviously because both systems shared nothing between them; the DS had no gyro controls and hence couldn’t handle motion control based microgames, the Wii had no microphone and couldn’t handle microphone input and any precision motions weren’t practical because of the lack of touch screen on the Wii.

The 3DS and Wii U however are different.  Not only do both have a working touch screen with pretty much the exact same type of screen (hence the various touch based microgames found in WarioWare Touched could now be ported to the Wii U as well), but the 3DS also now has a gyro sensor which could act as a Wii remote substitute for motion controlled games (as does the Wii U Game Pad).  Both systems also now have a nifty microphone built in to cope with voice controls, meaning that those could be integrated into a new WarioWare DIY as well, and there’s even a nifty camera in the Wii U Game Pad that could be used to allow for camera controlled microgames! 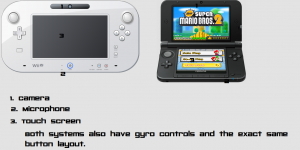 Above: Both Nintendo systems now have the same controls and input schemes.

Hence now we could have a WarioWare game that let us make games similar to those in all the past games.  Twisted’s could be done with the gyro controls, Touched’s with the Game Pad touch screen, motion controls with the gyro and Snapped’s mini games with the built in cameras.  No more toning down the gameplay to fit two disparate control schemes.

3. One WarioWare Game on both systems = two birds with one stone 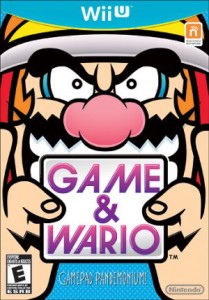 Above: Game and Wario is good, but not the WarioWare game people were expecting.

4. Miiverse could be interesting too…

Finally, Miiverse could be utilised quite well by this sort of game. Have people share their screenshots of games in progress and comment on them, have them post comics and art made with the ingame tools… there’s lots of neat community features a new WarioWare DIY could take advantage of given Nintendo’s improved 3DS and Wii U online. 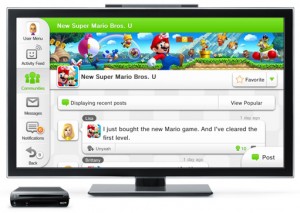 Above: Miiverse is just plain made for this sort of game.  Not so much for New Super Mario Bros.

So with all that said, I think a WarioWare DIY sequel could work really well on the Wii U and 3DS.  The features are mostly the same to allow for intercompatibility, the consoles both need such a game at this point in time and all the flaws in the original title could be nicely ironed out to boot.

Here’s hoping Nintendo makes a new WarioWare DIY for the 3DS and Wii U soon!

I would love a WarioWare DIY sequel to have a Colors style gallery to share games. I think it would be nice to see what others create. I would love this to be on 3DS weather retail or eShop.