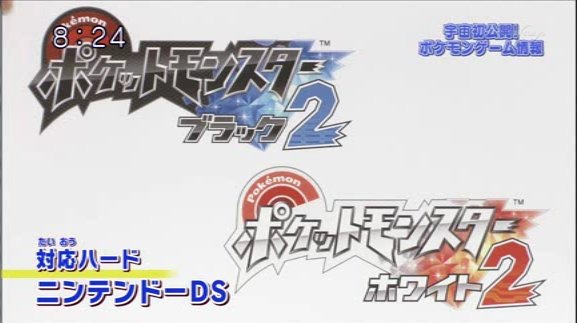 At least, that’s what Serebii.net is reporting.  Apparently the next Pokemon Smash show will have another announcement in some way related to the series and people are speculating it’ll be in some way about Pokemon Black and White 2 (like more information on how the games differ, how Kyurem’s forms work or when the game will be released).

But you’re going to have to take their word on that, since they don’t seem to give a source and ‘announcement’ in the context of Pokemon doesn’t always exactly mean there’ll be something big planned.

Still, what do you think the announcement will be about?

(at the current time see the news posted on Saturday).