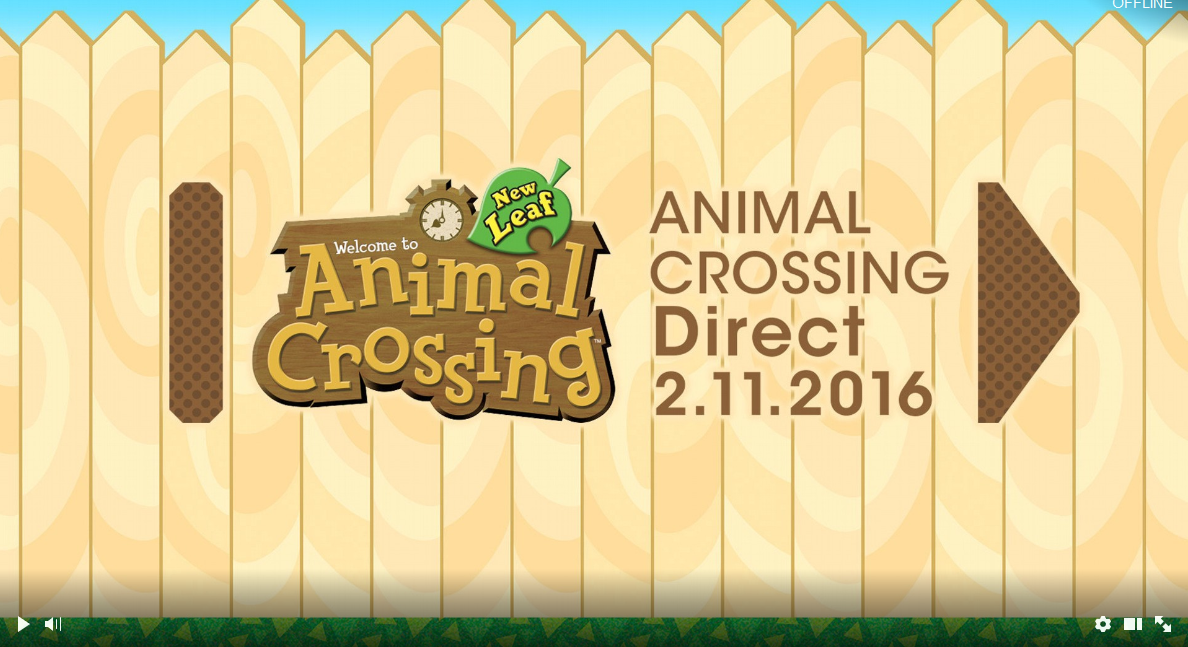 And that’s not all. Oh no, in (at least) the Japanese one, we’ll also get a sneak preview of Miitopia in the Direct too! So we’ll know a bit more about that Mii focused 3DS title as well. Maybe we’ll even get an English release date for it?

Here are the video streams for the Japanese…

Both are inactive at the moment, but they’ll go live when the Direct starts at 10AM ET, or about 3PM if you live in the UK.

So what do you think? Are you looking forward to the new Nintendo Direct? And how likely is it that Miitopia will get an English release date announced in the Direct?

Post your thoughts about the Animal Crossing Direct here or on social media today!

To be honest, since I own the game, I am pleasantly surprised with their decision to revamp the game with Amiibos and what not instead of just cook the definite version on Nintendo Switch. I am interested to hear more details. I will try to watch it tonight after my work shift, but I am having a longer shift than usual so I am not sure how tired I will be.

I'm kind of interested. It's about that time where I start missing Animal Crossing. I just hope if it's a new game, they find a way to expand it. AC is so much fun, but it can't keep my attention for more than a few weeks or maybe a month because it gets repetitive and I find myself doing the same things almost every day.

So, now that the direct has passed us by. What did you think?

Did any revelation excite you?