When it comes to spelling and grammar (as well as general proof reading), it’s not been one of Capcom’s strong points. From Resident Evil Revelations misspelling the name on its own box to the Okami case having an IGN watermark to one of their trailers actually messing up the word ‘Capcom’ in the credits, they’ve not been doing too well on the proof reading front.

And unfortunately, this hasn’t changed with Ace Attorney 5, which is hilariously littered with stupid mistakes any competent proof reader should have caught out on the first try.  Keep reading to see some of them! 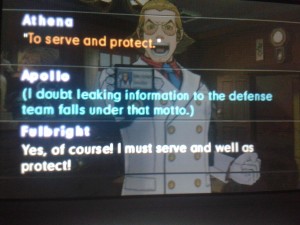 I must serve and well as protect?  Shouldn’t that be ‘as well as protect’?  Probably, but Capcom’s writing team weren’t on the ball this time around. 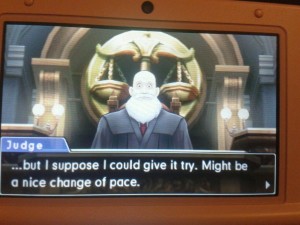 Is he missing an ‘a’ in this sentence?  Yes, but at least it makes him sound like a cross between a Chinese video game bootlegger and Yoda from Star Wars. 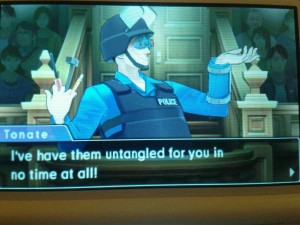 Mixing past and future tense in this way doesn’t work and is just plain wrong. 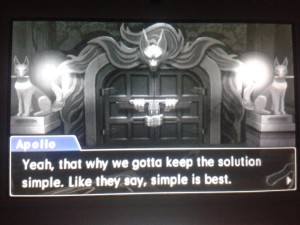 Missing an apostrophe here.  I’ll give them some credit though, it does add a certain ‘flavour’ to the text.  Okay, probably not the flavour they were going for, but it’s kind of amusing at least. 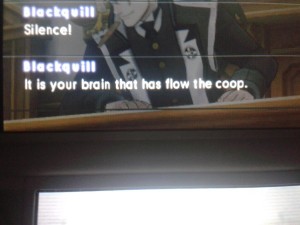 It is your brain that has flow the coop?  How does water exit his brain and then escape a chicken coop?  Oh, they mean it’s flown the coup.  Guess that makes some sort of sense.

Either way, seems like for all their efforts, Capcom’s proof reading efforts aren’t exactly doing well in these recent months.  You can see more of these mistakes at Robert Hughes (the guy who took these photos/recorded these errors)’ Twitter feed here:

What do you think of Capcom’s screw ups?  Are they ever going to avoid these mistakes, and hopefully avoid another ‘Capcpom’ style situation?