*disclaimer* There was no personal, financial, or corporate involvement with the subject of the following article (with the exception of personal matters stated literally in the article below ) *disclaimer*

This is an important service announcement concerning the future of your business. Just keep in mind I have never seen The Internship or any other movie interpretations of huge tech company leaders like Steve Jobs, Edward Snowden (the NSA is a tech company right?), and Mark Zuckerberg which may be interpreted to the world audience as propaganda to join the fight for industrialization. That is not what this Earth needs right now. Right now this Earth needs a Boy Scout who has never been to Law School, has no interest in Common Core, and is at least a Life Rank Scout in order to participate in this action. I propose that you put more support in people, rather than algorithms that you could’ve let Satoru Iwata fix with his computer wizard knowledge but didn’t find opportunity in before he went to The Good Place. The truth is that social media has become the new “cult-forming creature” in our world today. In order to discipline this “creature” you must first be a human being. Then you must become a popular independent Youtube gamer that backs you up in times of trouble. No. I’m being literally serious.
The Gamergate War College

Exhibit A- The Core Of The Internet
I know how discretion works, just to make sure you weren’t my conservative gun-toting father who has a militia leading, conspiracy theorist brother who lived the 70s. The idea I’m going with is to go “old school Gamersgate” on the world’s a** and set the world to the same standard (with mild differences because of population but never because of politics because the UN has your back). No matter what your plan is I’ll support you with cold-hard evidence called “I can debunk Steven Hawkings” and “Quantum Physics is the New Religion” which are books I never plan to publish but I’m patenting the names in quotes.

Exhibit B- The True Hardiness Of Youtuber and Youtuber Communities (an hour in it gets into details)
There’s going to be competition, Youtube or should I call you LuciTube (broadcast your demonic desires), which is short for Lucifer Tube. Without a proper business model for Youtube all you are doing is playing God and eliminating free will from a select few Youtubers who gladly report the problem so that’s why it should be renamed LuciTube. Your algorithms are obsolete and your desire for money is your weakness. Money is the illusion of quality in the free market. Volunteer work from select people (from select US prisons Suicide Squad style) is going to be your advantage. Inception is a terrible religion by the way (I like your Google Talks video on it though) as the average person who hasn’t had a near-death experience doesn’t believe in a religion anyways. You need a voice, not a spoiled rich-white-kid-turned-Socialist-comedian and then put on Late Night Entertainment Talk Shows that knows you really well. I would pray for you but not now since you like to rape people with Youtube Music (there’s plenty of download Youtube video sites for people to get music legally btw). 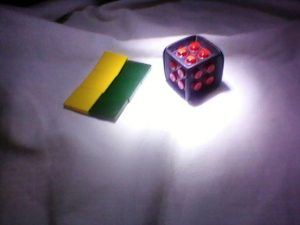 Exhibit C- The Rebrick Contest Results (You Need Bricks For Brains To Win Here)
This is just something personal but I’m thankful for my time observing how Rebrick works. It was as humbling as doing missionary work in Haiti. The Internet is full of great people and it’s the closest the average child can get to meeting a huge business team member and then being disappointed because the politics ironically never match the thesis of The Lego Movie and that thesis was that anyone can become a Lego child prodigy as long as their parents hate their biological children to death and collect a lot of Lego *dramatization*. However I was only interested in meeting the people that work at Lego who design the sets and actually working there, granted Mr. Likus was with me. The prizes for the Makuta contest were great I know and I’m grateful for the results to come out (with intentions I’ll only win the artbook because I made a huge model named “Giga Makuta” to fit the Makuta theme but I never wanted to publicized my photos (and instructions) until after the contest was over until now because it’s postponed and was agreed on for the announcements be made public this Friday AND Likus is my sibling so he might as well get all the Lego Sets from the G2 Bionicle line and we could share them but I still desire the artbook being the artistic Artisan I am who only desires the book for further inspiration for extending the roots of the Bionicle series and to an extent publish games for Nintendo systems with the Bionicle IP). Have any doubts in your mind now about me?

And keep in mind each point in the Scout Law is not (and never will be) like a Wikipedia reference where each reference writer’s opinions contradict someone else’s opinions. These are raw statements of the true definition of Justice in any part of the world or beyond. Do I abide by this law? That is a matter of perspective, but I say yes. No, Debbie Stabenow has yet to respond to my criticization of the CBS World News and the Bush administration and I never got anything in return but proved I did it and got Citizenship in the Nation (a merit badge, which is like an achievement to you Xbox gamers). Those crooked state representatives who never listen to juveniles but claim to be Democrats.

Exhibit E- RedLetterMedia’s review of Star Wars: The Force Awakens
The video is self-explanatory. I have no comments I’d like to make over it other than the underlying plot with alter ego Mr. Plinkett, and RedLetterMedia contributors who played George Lucas, and J.J. Abrams is completely satirical and represents a metaphor of the contemporary internet culture. Please watch the whole thing and God forbid your innocent eyes understand. Oh yeah and Mr. Plinkett likes to use foreign words for mass influence.

Makuta wants globalist Democrats in the Shadow Realm and the situational irony is that they have political experience.

Thank you for taking your time to read this (and supporting the views of my references), I’ll pray for you upon request, and as always have a phantasmagorical day! o/

Well, I'm not sure what to say about this article. I guess it's a satire article about Google are ruining YouTube with the advertiser friendly guidelines and YouTube Heroes?