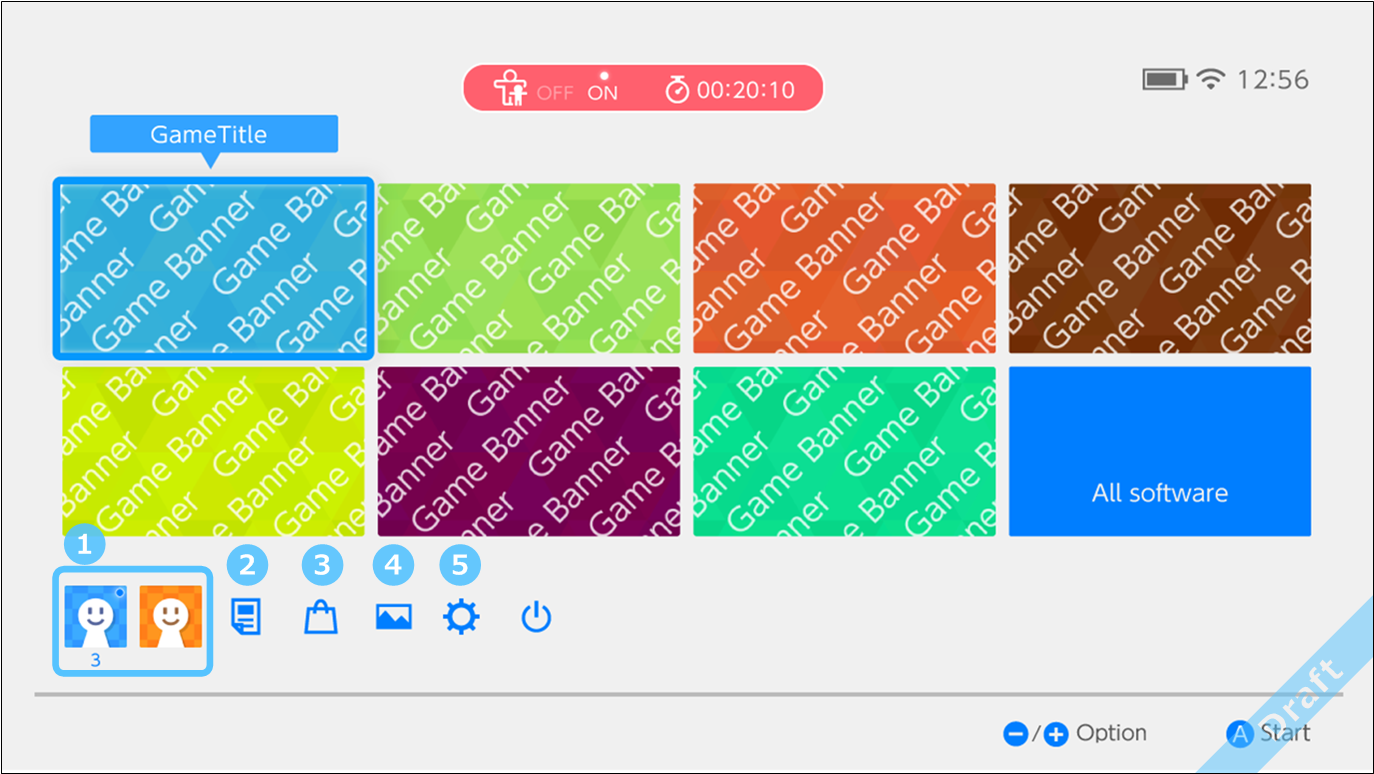 Ah, we’ve had a lot of Nintendo related leaks recently, haven’t we? We saw the entirety of Pokemon Sun and Moon leaked on 4chan. Tons of Nintendo Switch details ended up all over Eurogamer and other such gaming sites last year. And well, if history has taught us anything, it’s that pretty much nothing is safe when the internet is involved with it.

But today’s one is something else entirely. Why? Because a huge amount of Nintendo Switch details and devkit pictures have been leaked by an indie developer. These include multiple developer only guides, information about account limitations and even pictures of a Nintendo devkit itself.

So if you’re interested in finding out more, keep reading. If not, turn away now, because there will be spoilers in the coming post!

Like say, this handy list of technical specifications. Yeah, it’s a bit more detailed that Nintendo’s official one (found on their website here), but it also tells us a lot more about what’s actually in the system. Have a look at it yourself: 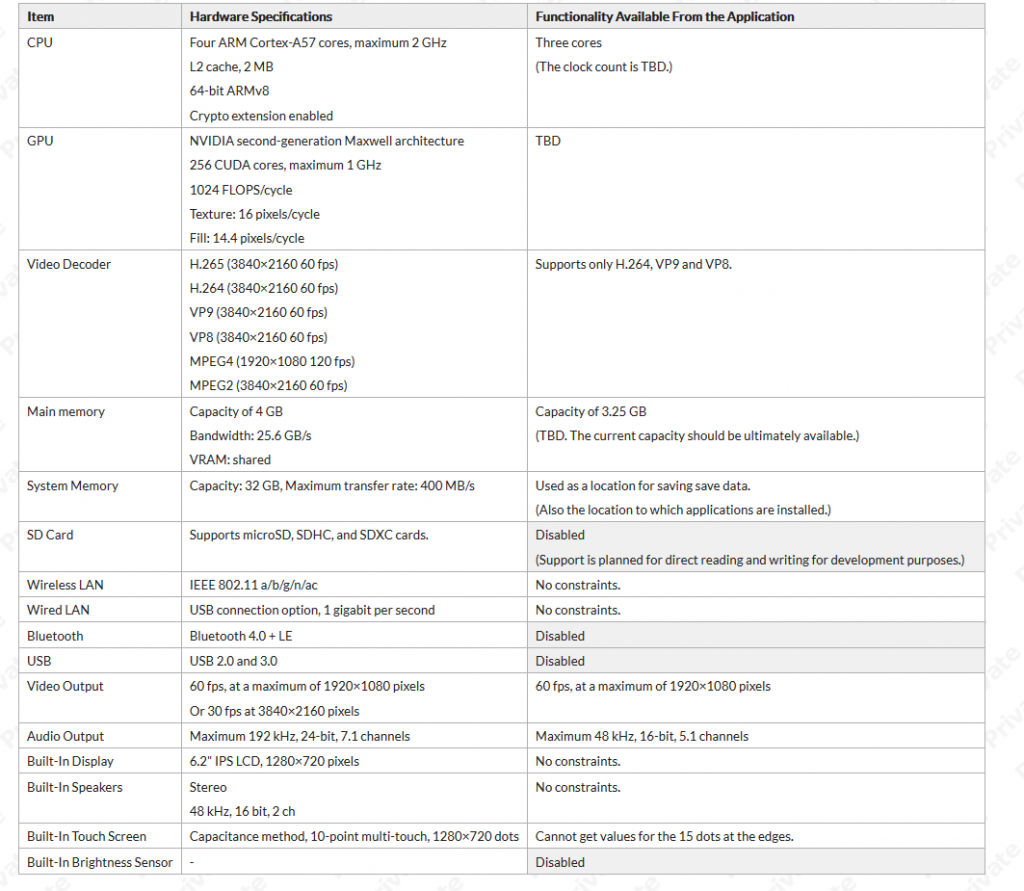 As you can see, it gives everything from the minute details about the CPU and GPU down to the video decoders used and the connection speed. It’s a pretty fascinating overview for the people who care about that kind of stuff, and makes it nice and easy to compare the system to the PS4 or Xbox One.

Moving on from specs though, let’s have a look at some interesting, more specific features discussed in these documents. Like the accounts system:

Because according to the NX overview document, the user’s account doesn’t actually need to be selected before the game starts. So if the user wants to practice or play offline, they can do so without choosing an account, since it’s only necessary when the developer wants it to be.

A game can also simply not support accounts at all (if save data doesn’t need to be stored), and can save the individual scores for players to their account for certain games. So hey, your win/loss records in Mario Kart or Smash Bros are likely account related, not all jammed into the same profile like on the Wii and Wii U.

But let’s say you are using accounts or users. How many can the Switch support?

8. Yeah, it’s pretty similar to the Wii U in this respect. There’s also apparently a limit on online friends, which is set to 300. That’s less useful for the players, especially in today’s world of social network and mass friend adding.

Finally, not only can you tie Nintendo Network IDs to these accounts, but said IDs can be used on multiple systems. So while you and say, your family can’t all share an eShop account, you can set it up so you can log into Nintendo Network on a friend’s system with the same details.

Another aspect that’s changed on the Switch is how Miis are set up. Basically, they now hold a lot less information about their creator than they used to, and can be edited by anyone rather than just said person.

In other words? You can’t set a favourite game anymore (like you could with the 3DS StreetPass functionality), since none of that exists on the Switch.

However, what you can do is customise said Miis a lot more instead. This means that you have access to more facial features like hair, eyes and glasses and can hopefully look more like you as a real life person.

So it’s all a trade off really. You lose some information sharing, but get better character customisation for Mii compatible games like Mario Kart 8 Deluxe and the inevitable Smash Bros title.

Another interesting aspect about the console is how the system seems to let you share the screenshots you take on sites like Twitter. As shown in this mockup from the Switch overview document:

On a less interesting note, there’s also some information about the settings you can modify on the console. These include:

Nothing too fancy here. However, the guide does show a few of the ‘applets’ that applications on the system can use, and these do give some neat hints. Like how predictive text returns from the 3DS and Wii U for the keyboard. Or how despite having no browser by default, the functionality for displaying web pages does exist for Switch applications. So in theory, a third party developer could probably create their own browser and stick it on the eShop. Or something.

So how about the smartphone stuff? How does that work?

Well, apparently Nintendo’s plans were that it could be used to configure things like parental controls and check what applications were being played.
In other words?

It can also act as a way for parents to spy on their kids and make sure they’re not playing too many video games. Yeah, I’m sure a lot of kids will really let their parents download the app here. Rather than say, just sticking it on their own personal phones… 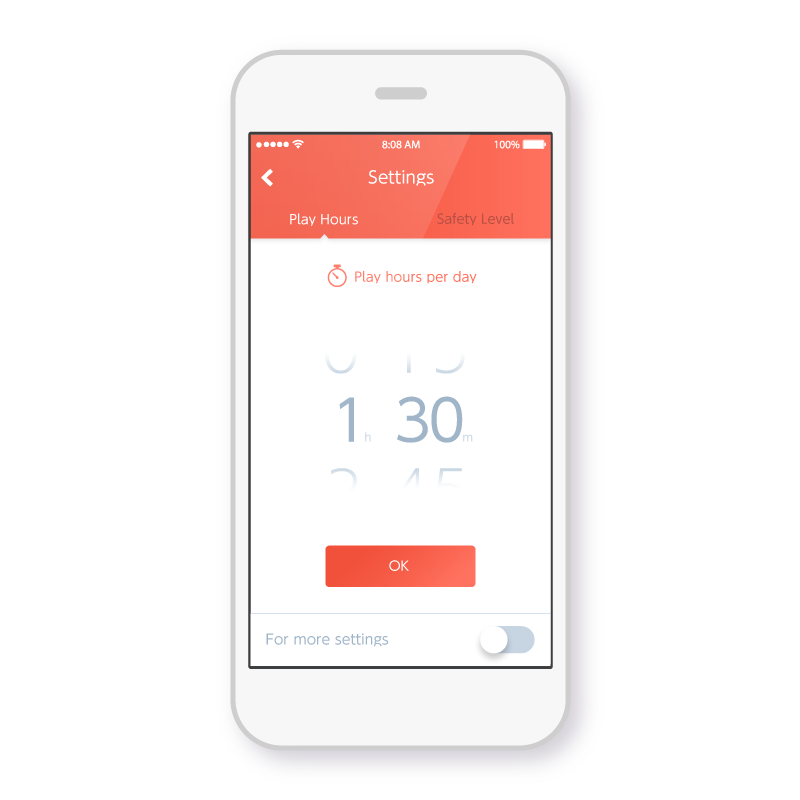 And Some Other Stuff

Finally, some other details that I couldn’t be bothered to write more about include:

Plus lots of online features that hint at things that may come in future games. For example, there’s a feature to calculate scores only for players in a certain group or time period, which could possibly be used for a new version of Mario Kart Wii’s tournament system. As well as a messaging feature that lets developers poll for posts on certain topics or share information (which could be used for a Miiverse replacement).

So yeah, there’s plenty of interesting stuff to check out. Go ahead and look through the following Reddit post if you want to look up any more information:

Or heck, just have a look through these mockup pictures provided with the guide for some examples of what the UI will be like. After all, it looks a lot prettier than the Wii U’s interface did. And honestly kind of resembles the Windows 8/10 UI in its use of ‘flat design’ patterns. Here’s the gallery: 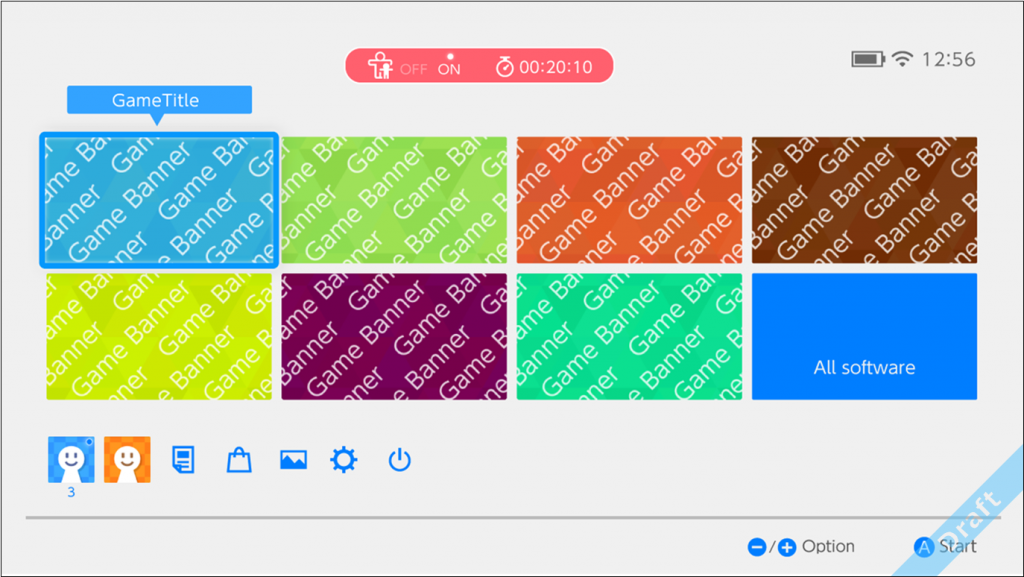 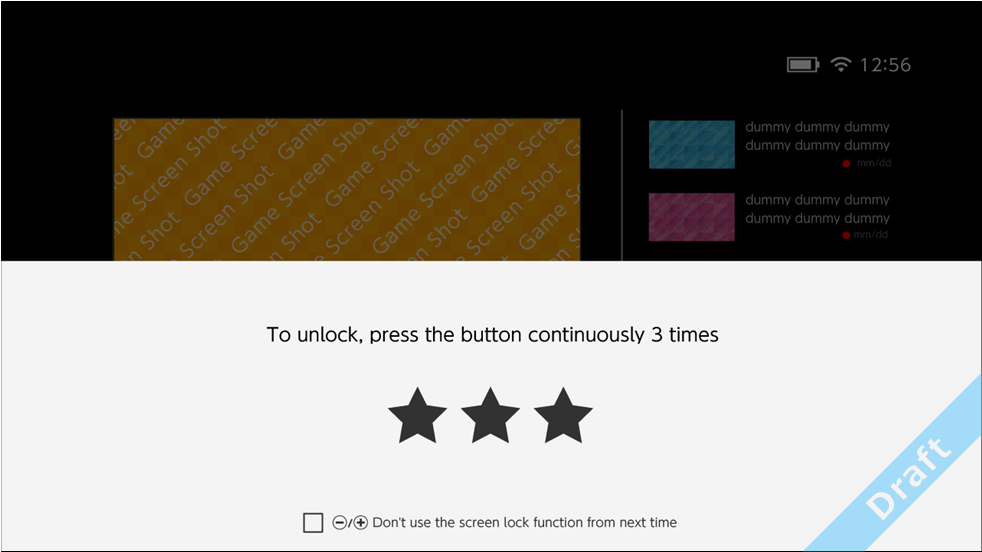 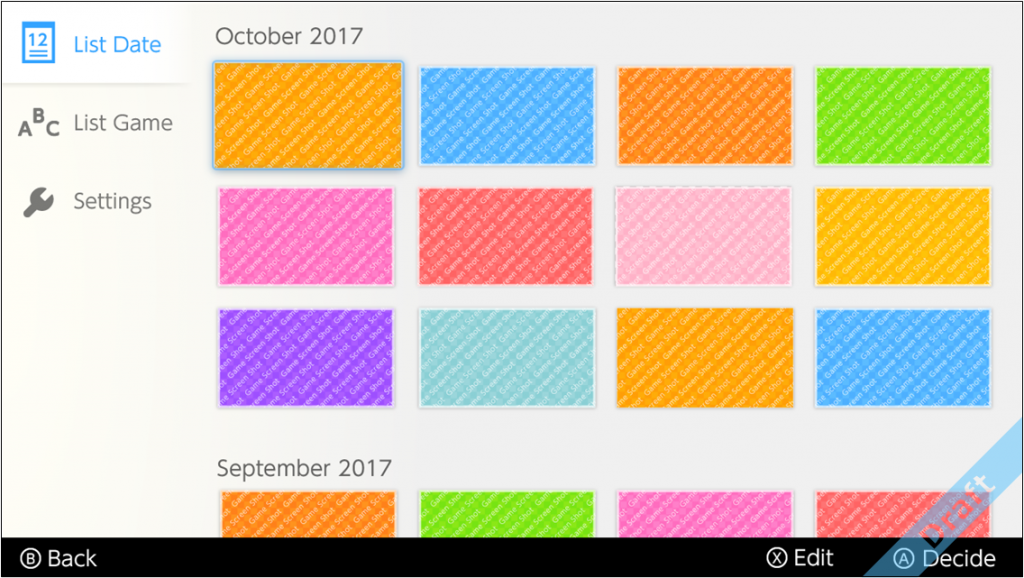 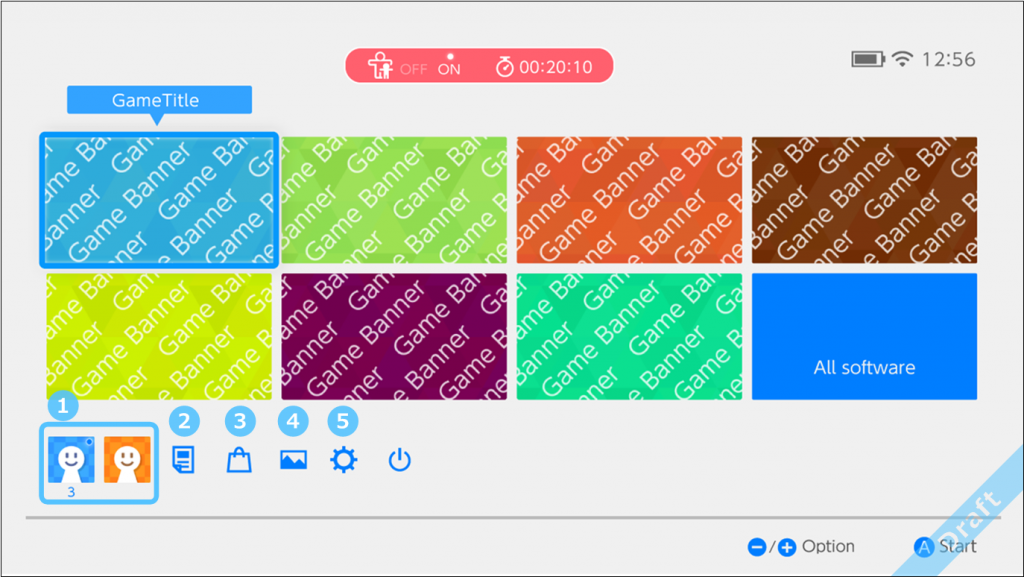 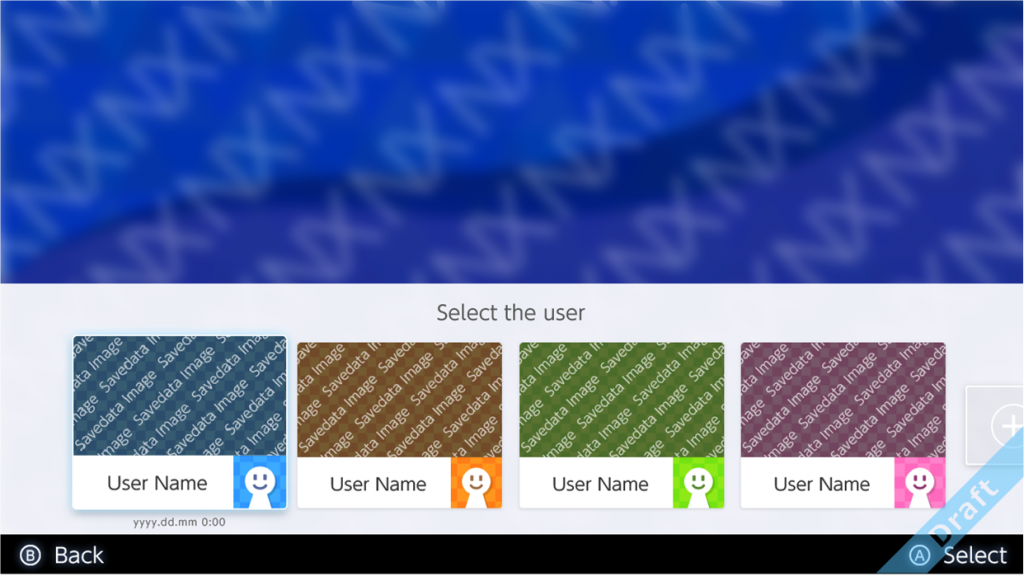 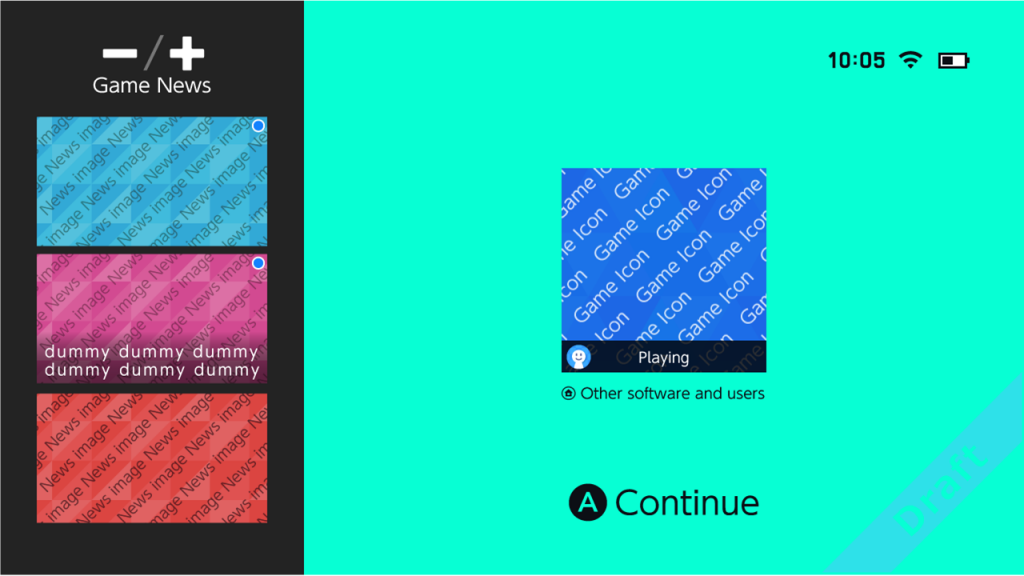 There’s also a site with the full documents too. That one’s provided by a NeoGAF user called Dystify, and can be found here.

However, there’s one thing we do need to point out here.

Namely, that this is an outdated version of the Switch interface and developer specs. Yeah, it’s from somewhere in mid 2016, when the console was originally known as the ‘Nintendo NX’. Because of this, it’s quite possible a lot of things mentioned have changed over time. Or been superseded by updates to include components.

So look at it carefully, and as a sort of ‘preview’ rather than a ‘set in stone guarantee’ of what the Nintendo Switch will offer. Cause things can certainly change a lot from ‘version 1.3’ till now!

What do you think about these Switch pictures, mockups and details? Are they an interesting look at the upcoming system?