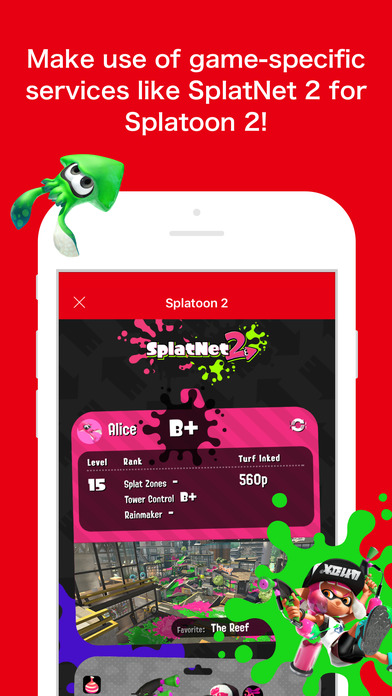 When Nintendo announced you’d need a separate mobile app to use voice chat in online games, the reactions were not exactly on the positive side. Basically, people wondered why it was all necessary. Why Nintendo needed a separate app to do something everyone else did via the system itself. In a paid online service that was heavily promoted as a step up from their past efforts.

But speculation aside, there was still a certain degree of optimism here. I mean, the app wasn’t released yet, so maybe it would turn out to be better on release. Maybe Nintendo would be justified when it hit the app store.

And today, that got put to the test. Because yes, Nintendo’s new mobile app for Nintendo Switch online multiplayer was released on both iTunes and the Play Store. Here are some pictures showing the app in action: 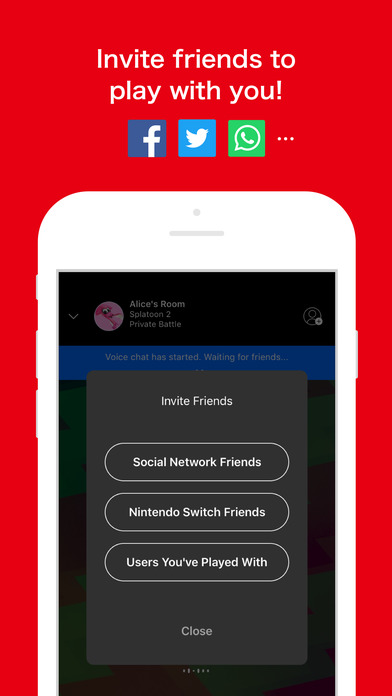 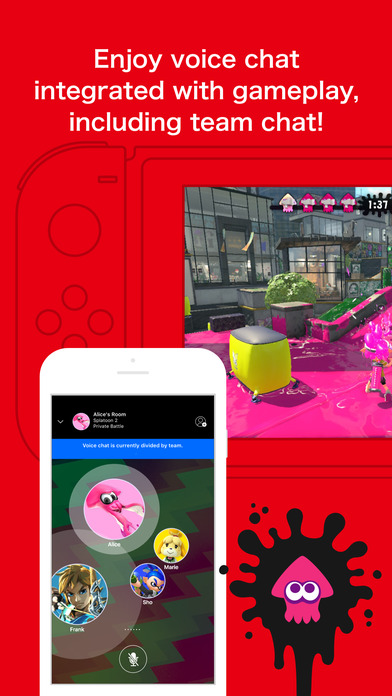 So how is it? Does the app work well? Does Nintendo make a good case for this being an app at all?

Well to be perfectly honest, the answer is still no. In fact, the app is arguably even more flawed that it initially came across as.

For example, given it’s a mobile app, you’d think it’d at minimum let you:

Yes, you can do the former. It seems to work at most times in game.

Or in other words:

You can’t lock the thing, switch to another app or disable the screen display and keep using it. You know, despite voice chat not really requiring that much attention being paid to what’s going on ‘on screen’.

It’s like what Niantic did with Pokemon GO, except even less logical.
And in case you thought any of this was made up by a ton of features or game support being implemented into the app… that’s not the case.

But for now, it’s Splatoon 2 only. That’s a somewhat questionable design decision to make given all the focus on Mario Kart 8 Deluxe and ARMS at the moment. I mean, wouldn’t you at least try and get it working with those?

Probably. But Nintendo apparently disagrees, since none of those games have any compatibility with the app whatsoever. That’s utterly baffling given how the Wii U version of Mario Kart 8 had voice chat built right in for people playing in private lobbies. Couldn’t you at least figure out a way to bring that back?

What’s more, the features you can use for Splatoon 2 aren’t all that interesting or revolutionary in of themselves. You’ve got an online system for stats and a shop, which is apparently coming on July 21st when the game releases. You’ve got the ability to invite people to a game.
And you can obviously talk to them in lobbies.

Yeah, that’s pretty much all you get. A few features that in past generations could have been built into the game itself, except now only available through the app.

Which is really the general problem this app has. It just a bunch of features that should have been in the core game that have been ripped out and placed in an app for no practical reason whatsoever. For example, the whole SplatNet thing could have been done as a website.

After all, that’s how the original Splatoon did it.

Or maybe it could have been just available in the game itself. Again, existing games did this on Nintendo consoles. Like Mario Kart Wii and its online functionality.

But no, it’s only accessible through an app now. For no real reason other than ‘apps are cool’ and someone at Nintendo presumably wanted to push them as much as possible.

It’s just not a good system, and it feels like a huge downgrade from previous online systems in Nintendo games.

Let’s hope it gets better in future eh?