Ever since the DS became a mega success, it seems Nintendo has become very fond of the dual screen mechanic in their games and systems. They’ve relied on it for the entirety of the DS’ library, with later games like the Mario & Luigi titles and Zelda Phantom Hourglass making use of the gimmick for things otherwise deemed impossible. They’ve kept using it on the 3DS, to the point where many 3DS games utilised the dual screens even more than their DS counterparts. And well, with the Wii U basically being built around the idea of having a second screen for a home console, it’s clear that Nintendo had plans to keep it around for a long time to come.

Which is why their latest patent shouldn’t really be a surprised to anyone. Why? Because as the title suggests, it’s basically a way to have a multiple set up on a traditional home console.

Yes really. Described as a ‘game system with a plurality of information processing apparatuses that are capable of communicating with each other’, the patent appears to show a system where multiple screens can be connected to one another for use in video games.

However, it’s actually not just a DS copy. Oh no, this version of the system comes with the ability to move the screens anywhere you like and have things in game move across them. As well as to use more than two of them at once in the process.

This means that the old jokes about a Nintendo 3DS or 4DS with 3 or 4 screens may actually become a reality here. Heck, even the patent itself shows a setup with three screens connected in a way to show all angles of a 3-dimensional image! 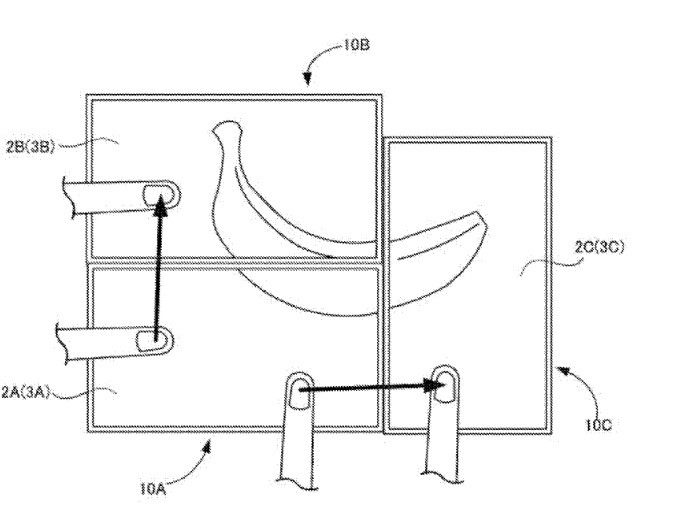 And when you couple this with even more intriguing uses of the screens and their connectivity (like the ability to angle one screen to change an object’s momentum as it travels into the next, or to change its incoming direction), you’ve got a setup which is basically everything the DS ever wanted to be. 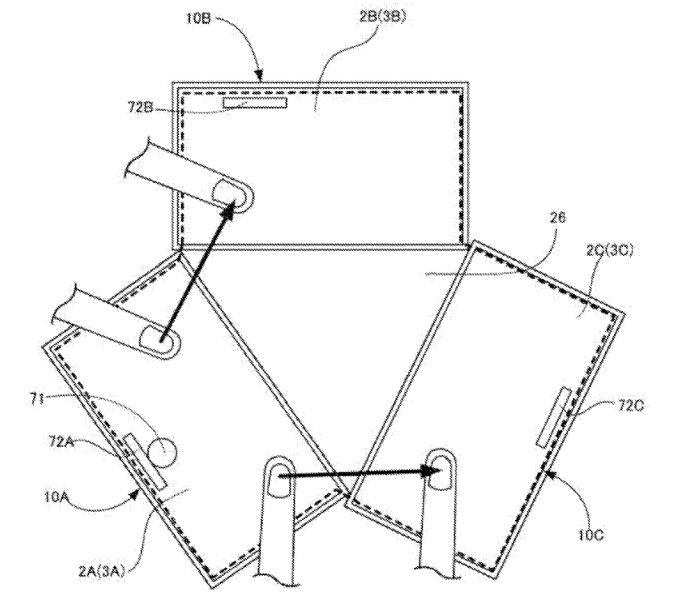 So, check it out if you’ve got the time. It’s an interesting bit of technology, and one that may actually give some hints to where Nintendo might take the 3DS’ ‘successor’ in future!