What’s more though, this isn’t no ordinary rumour. Ordinary rumours come from forums like 4chan with no evidence behind them. This one? It comes from someone on the Nintendo NX subreddit that the moderators have personally verified has industry connections. In other words? He’s either connected to a Wii U development company, or has access to NX development hardware.

So there’s more proof than usual. Is it bulletproof? No, even developers can lie. Heck, even Reggie himself could be trolling the internet and posting fake rumours about Nintendo consoles, you never know!

Regardless, here are the points (slightly cleaned up for readability):

It has x86 architecture.

It can backup data to Nintendo server (most likely My Nintendo).

It can handle ports of current-gen games.

Will be able to interact with smartdevice apps.

So what can we glean from this, if true? Well for starters, x86 architecture is similar to that in the PS4. Which if you don’t remember, is a big deal because the Wii U’s PowerPC architecture made it hard to port multiplatform games to. Hence if this rumour is true, it seems hardware compatibility betwee the Wii U, Xbox One and PS4 should be better than before. Hence more big name third party games will likely get ported.

Backing up data is interesting, but I’m staying far away from this option regardless. Remember, online systems and services do not last forever. Remember Nintendo Wi-Fi Connection? Or how that was suddenly gone after the 3DS became a thing? Or how Club Nintendo shut down a while back? How about the Pokemon Dream World?

Above: Mario Kart DS and Metroid Prime Hunters fans thought this wouldn’t go away either. How well did that work out?

Yeah. Can you imagine if you had your save data backups on that service? You’d have lost everything, and be really screwed if you’d accidentally deleted data beforehand. So no, not trusting it. Gonna stick with SD cards and external hard drives instead, since the data there can be reverse engineered if necessary.

Support for an additional screen makes it appear like the GamePad is now a normal accessory. Which would make sense, the NX is likely backwards compatible, but the GamePad costs too much money to bundle with every new system from here on out. So it’ll probably end up in shops as something you can buy for certain games, based on that wording. 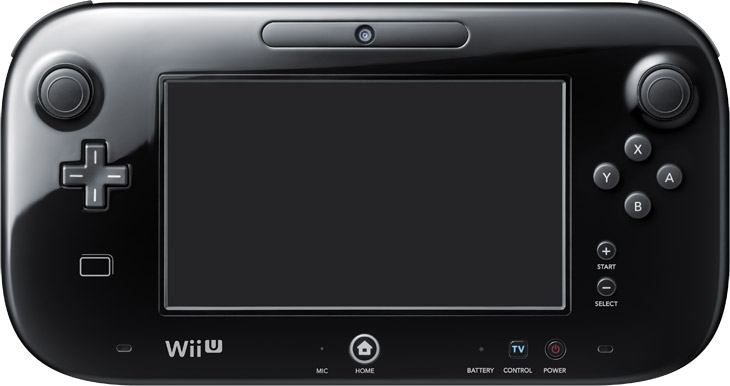 Above: This costs too much for Nintendo to keep including it in every system

The architecture thing already implies support for current gen game ports. But it’s nice to hear it stated, and it does make sense that Nintendo would be trying to make a really developer friendly machine this time around.

Being able to interact with smartdevice apps is logical, Nintendo have a whole line of them coming out. That Miitomo seems like it’ll be compatible with something along the line.

Above: It can’t just be a separate app, right?

And using NX software to unlock My Nintendo reward points makes sense as well. Nothing to say there.

But is it true? Well, it’s certainly conservative enough to be. Remember, one of the big differences between an accurate rumour and a wild guess tends to be summed up in a single sentence:

Think about it. The truth is less exciting than fiction, so fakers have an incentive to post wild, unbelievable things to stir up interest and make the future sound exciting. That’s why Brutal Mario’s fake demos and rumours all had ten million gimmick level ideas with enough ASM to rewrite Chrono Trigger in the engine. That’s why Smash Bros rumours focuses on tons of new characters and features. Why real life imposters pretend to have glamorous and almost movie like lives. The fake soldiers pretends he has twenty medals and a history with the Navy Seals, the martial artists conman claims to have ten blackbelts and training from a mystical guru in some mountain monastery guarded by ninjas. Because realistic leaks and rumours and claims aren’t interesting.

The above rumour is the ‘uninteresting’ kind. No ridiculous claims, no talk of a HD Super Mario RPG remake, no company gossip; it’s a realistic list of things the NX might well have.

So it seems accurate enough to me. But what do you think? Are these claims about the NX plausible? Is the subreddit’s verification worth a damn? Post your thoughts here or on the forums now!

Sounds like the NX is going to be an actual system that game makers can support this time. I hope they announce better specs though.