Nintendo Isn’t Interested in Making Political Statements With Their Games 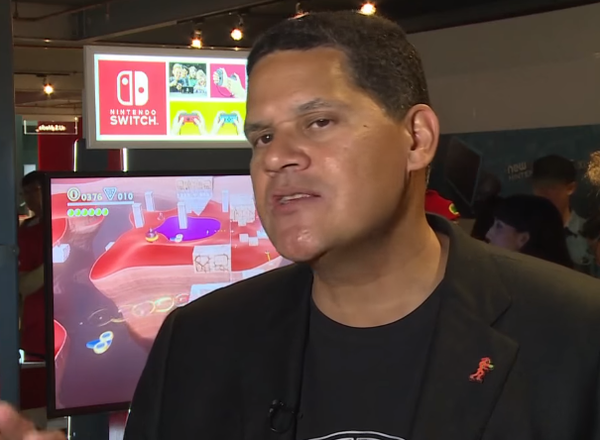 In recent years, there seems to be a sort of trend towards putting political messages in media nowadays. We’ve seen it seen it in sequels to classic movie franchises, like Ghostbusters 3. It’s been in cartoons like the recent Powerpuff Girls series.

And well, it’s been endemic in recent Marvel comic books. Where every character is now having their gender/race changed for shock value. Or thinly veiled comments on Trump added to the narrative.

Fortunately for Nintendo fans though, it turns out Nintendo is nothing like this.

Instead (as Reggie said in an interview), they’re trying to keep politics out of their games as much as possible.

Here’s the interview where he confirms it:

As well as his actual statement on the matter:

Making political statements are for other people to do. We want people to smile and have fun when they play our games.

As you can see, it’s a clear ‘put fun first’ message.

And in Nintendo’s case, that’s probably for the best. I mean, what good does trying to be political in your media actually do?

Nor does it get people supporting you, since only a small minority of your userbase will likely agree with the political messages. We’ve all seen artists get crucified on social media for something they tried to preach in their work.

Really, it’s just a bad business move overall. People have had enough of being preached to in real life as it is.

It’s also not particularly logical when you consider Nintendo games either. I mean, they sometimes make realistic titles. Like… maybe some of the Metroid Prime games or something. Or that Disaster Day of Crisis title on Wii.

But for the most part, the majority of their works are set in fantasy worlds with no connection to reality. Nothing that happens in Mario’s Mushroom Kingdom or Zelda’s Hyrule is all that relevant to real life. Any attempt at a political statement here would just be jarring.

As well as annoying to the fans. After all, people don’t play these franchises for politics at all. No one goes into a Mario game wanting commentary on Trump or Brexit. Or feels like Zelda is the place to talk about religious tolerance or class differences.

It’s just not something they do. The games for escapism and nothing more.

And that’s all they should be. Mario, Zelda, Pokemon… they don’t need messages. They don’t need to make statements about politics, since people play them to escape that stuff.

So there’s no need for political statements here. No one wants them.

Which is something both Reggie and Nintendo as a whole know.

So thanks guys. Thanks for confirming that Nintendo games aren’t about political messages.

Thanks for proving they’re about fun. And fun is all we need here.

It’s a breath of fresh air in such a heavily politicised world.