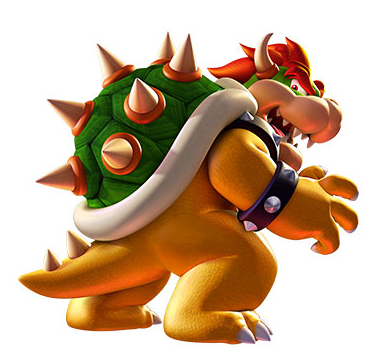 Hmm, this seems like an interesting bit of news coming from Nintendo! Cause as the title suggests, it seems like Nintendo has just applied for a trademark on Bowser’s name (in Japanese), with the intention of using it for video game programs and clothing! Here’s the trademark itself via the official Japanese trademark database.

For those who can’t read Japanese, it basically say it’s for video game programs and clothing, with the applicant name being ‘Nintendo Co Ltd’ (their Japanese company title).

But what are they planning to use the trademark for?

Well one possibility is that of a new, Bowser focused video game. That’s the theory a lot of gaming sites have come up with, and it’s certainly one that would really appreciated by Nintendo fans across the world. Maybe it could be a strategy game with the Koopa Troop as the main army. Or a beat em up section like the rampage sections in the fan game Super Mario Fusion Revival. An RPG, like Bowser’s Inside Story minus the Mario Bros.

As far as Bowser games go, the possibilities are basically endless.

It could also reference a series in production. Like, a full blown Bowser spinoff franchise with multiple games. That would at least explain why a truly ridiculous amount of possible products are mentioned here. Like clothing. Or even hotels!

Above: No, don’t make that joke. Please.

Unfortunately, there’s also another possibility here. Namely, that it means absolutely nothing.

Yeah, I know that sucks. But this is Nintendo, a company that registers trademarks on the off chance they’ll use them in future. I mean, look at some of the crazy Pokemon ones they’ve registered in recent years:

None of these have gone anywhere, and none are really expected to. They’re just there if they ever need them.

So yeah, that could be the case here too. No new game or series, just a trademark in case Nintendo ever considers making one. It’d suck if it were the case, but hey, it’s not outside the realm of possibility.

Still, let’s be positive for now. Assuming it is a new Bowser game they’re got in development, what exactly do you want it to be? A strategy game, RPG or beat em up? Something else?