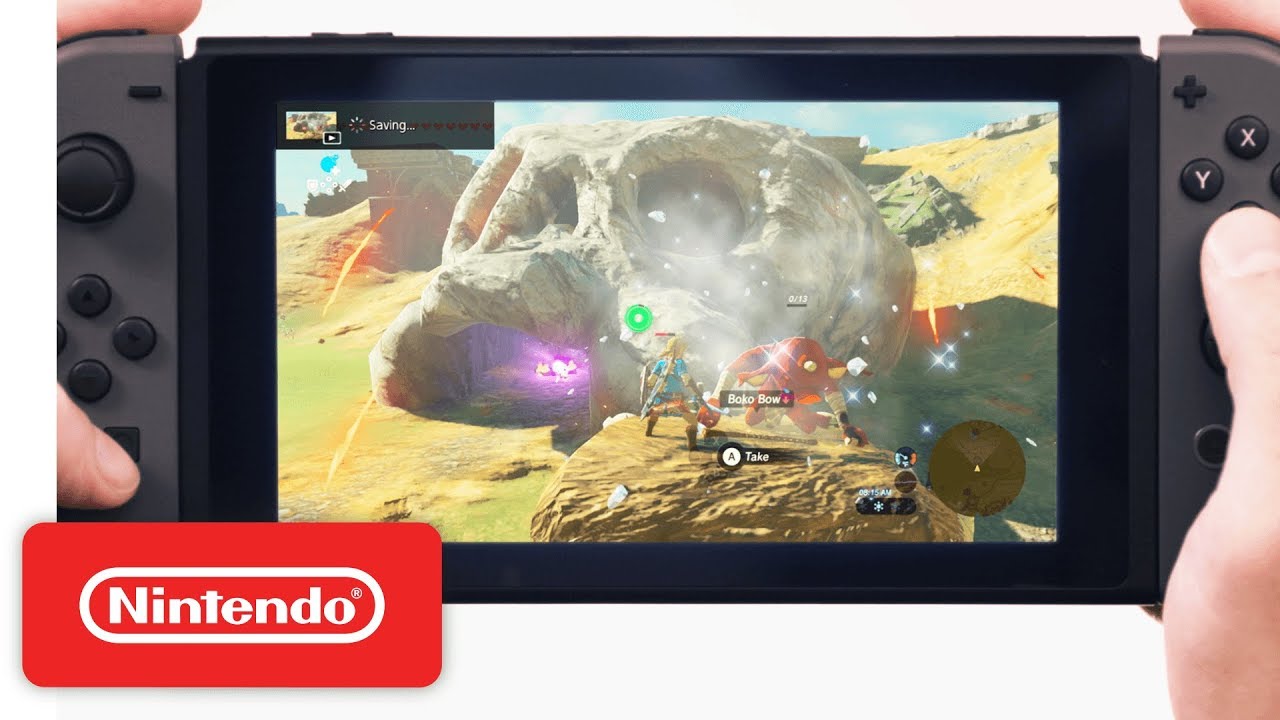 Well, this sure came out of nowhere! The Nintendo Switch firmware has just been updated, and now the console has a built-in video capture feature!

Here’s a video showing the feature in action:

As you can tell, it’s not exactly a great implementation so far. The clips are limited to only 30 seconds in length, only a few games are supported (like Zelda, Mario Kart and ARMS) and generally it’s all as basic as can be.

It certainly won’t be competing with an actual capture card, that’s for sure.

But that doesn’t mean it’s useless either. Oh no, as a video game journalist, this is great news for me.

Well, think about it for a minute. How often do you think I find something interesting in a game, then realise I have no convenient way of recording it?

All the time. I may have a professional capture card yes, but it’s often not plugged at the times it’d be most useful to me. Add how it only works when the console is in TV mode, and you’ve got a situation where good stuff often gets missed.

Like say, that Breath of the Wild glitch I found near Death Mountain one time. I was playing through the game there, backed a horse up to a wall and ended up somehow falling through the floor to underneath Hyrule. It was very much video worthy.

Problem is, I hadn’t plugged in the capture card at the time, so I forgot to record it. Cue me having to guess what rock I’d clipped through when I finally got around to recording, and having no luck finding the right spot at all.

Heck, even after about three months, I still have no idea where I went out of bounds there. It’s become a video I desperately want to post on YouTube yet have no convenient way of making.

If that capture feature had existed back then, this would never have happened. I would have known exactly where to go and what to do, and gotten a good recording on my second attempt.

And that’s only use case the thing has. I’m sure many gamers have had those great moments where they simply didn’t have a recording device handy. Or wanted to showcase a tiny random clip of a game they were playing online.

So yeah, it’s a neat addition, and perhaps even a useful starting point for a full-fledged livestreaming option at a later date.

Go and check it out if you haven’t already!