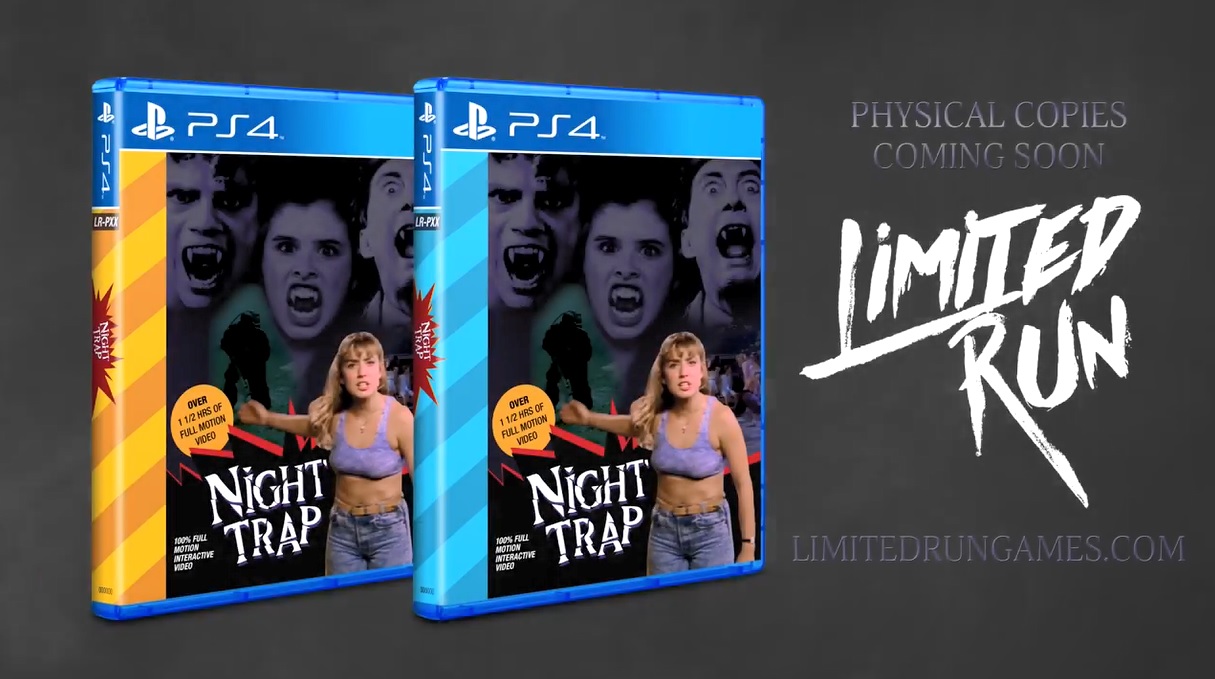 Back in the 90s, Night Trap was perhaps one of the most controversial games in the industry. An FMV game where you had to protect a group of young girls from house invaders, it quickly drew fire from moral guardians for its depiction of young women being attacked by the villains in various ways, as well as featuring mild nudity.

In other words, it was (as hilarious as that sounds) the Hatred or Rapelay of its day. So much so in fact, it even inspired the creation of the ESRB. Cause you know, it was either self regulation or government regulation. And the industry wisely picked the former.

And now it’s back. After years of inactivity (and a failed Kickstarter campaign), Night Trap 25th Anniversary Edition has been announced for the PS4. Here’s the trailer video for it:

As you can see, it’s pretty much the same game as it always was. You’re running the security system, stopping intruders from hurting the people in the house.

That said, it’s not an identical port. Oh no, it’s a remaster through and through, with the quality of the clips now being as good as possible. You can see some comparisons in this interview with the game’s developer.

Which you should probably listen to in full actually. Cause it’s by ex ONM editor Chris Scullion, and really goes into the game and its development.

However, while the game itself has changed, so has the world around it. For instance, standards of ‘offensiveness’ have gone up signficiantly since this game’s release. This means the game has gone from an M rating to a T one. Talk about a drop for a game that inspired the ESRB in the first place!

And that’s not the only interesting change here. Oh no, the platform is too. Why? Well, go back to the 90s a minute. At the time, Nintendo was trying their hardest to paint Sega as the company with ‘offensive’ games compared to their more family friendly fare. As a result, this game would never appear on the SNES. The company wouldn’t allow it.

Today though? There’s actually the possibility this game may come to the Nintendo Switch. Not a confirmed possibility (and Nintendo of America might shut the idea down quickly). But a far more likely one that Night Trap on the SNES in the 90s…

@Bowldylocks Definitely want to, but that's up to @NintendoAmerica

Talk about the times changing!

Either way, Night Trap 25th Anniversary Edition is being released this Spring.