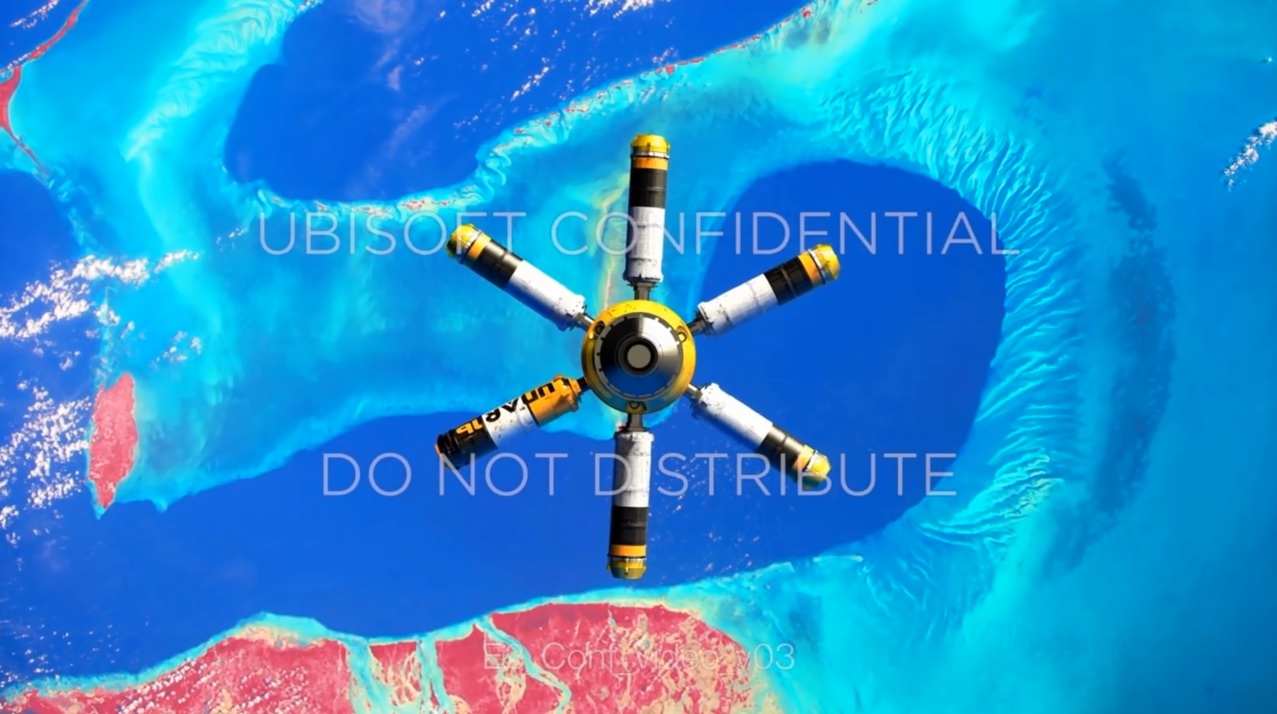 No, you’re not reading the title wrong here. The video was actually found in Watch Dogs 2. As in, in a Ubisoft building you have to hack into as part of a side mission.
Here’s the trailer itself:

As you can see, the title seems to be very much inspired by No Man’s Sky. You’ve got the bright colour palette with strong yellows, blues and pinks. There’s a background theme straight out of a space western. And according to the text below, it seems it’s meant to resemble a trailer shown at an E3 presentation.

Well, that’s the million dollar question really. On the one hand, this does seem like it could be a parody of some kind. Like, it could be a joke meant to poke fun at all the video game leaks we’re seeing recently. That would make some sense, especially given how much bad press No Man’s Sky got after the trailer hype wore off.

And in a game partly based around hacking, it’d certainly be an amusing way to poke fun at all the leaks and data breaches than gaming companies experience. Maybe it’s a reference to the Far Cry 2 and Splinter Cell: Conviction leaks Ubisoft experienced in 2006. Or the new Assassin’s Creed game leaked earlier this year.

However, it’s also quite possible it’s actually a real game in development. I mean, it’s not unheard of for media to be promoted in advance through easter eggs. For example, look at Pixar and their films. Every single one hints at the next movie in line!

So perhaps Ubisoft are taking this trend to its logical conclusion. I mean, it’d certainly get a new IP a bit more hype and attention, wouldn’t it? And hey, this does seem like a good place to start an ‘Alternate Reality Game’ or some similar type of marketing stunt.

But hey, what do you think? Is this a real trailer for a new Ubisoft game? Or just a joke meant to liven up a Watch Dogs 2 sidequest?