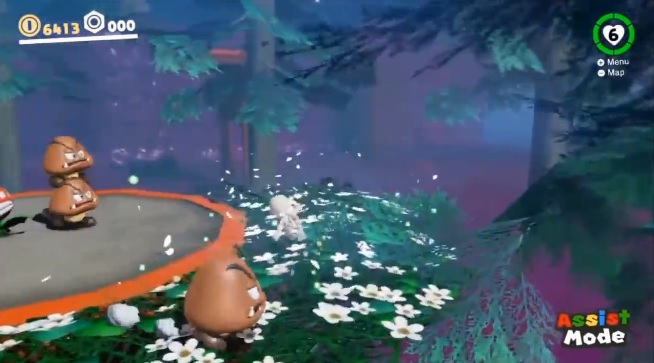 Are you an expert Mario player? If so, by now you’ve probably played through every inch of Super Mario Odyssey on the Switch, having collected every Power Moon and outfit possible to get in the game.

And unfortunately (like with most Nintendo games), there isn’t exactly much to challenge your skills at that point. Oh sure, you could play Luigi’s Balloon World or the high score games, but even those will fall pretty quickly for someone who’s decent at the game.

However, it seems this new mod may have the answer! Why? Because it actually adds a special ‘Superstar’ mode to the game, with the intention of creating something akin to a Master Quest for the original title. Here’s a video showing it in action:

As you can see, it’s a pretty brutal challenge. You’ve got more enemies everywhere, reconfigured level layouts with trickier jumps and obstacles, and heck, even the bosses are a bit more of a challenge now (thanks to their altered arenas and patterns).

And it doesn’t end there either. Nope, as mod creator SKELUX shows off in another video, the original levels have also been expanded in size and complexity too. Like with the Ruined Kingdom, which now has an actual tower to climb to reach the Ruined Dragon boss:

As well as (likely) quite a few other levels too. Plus a few other things, since it’s the creator of Super Mario Star Road we’re talking about here, and the kind of the guy with enough programming skill to do basically anything with any engine he takes on.

So if you’re interested in playing a harder version of the game, check it out. It’s gonna be great!

i want this mode in super mario odessey