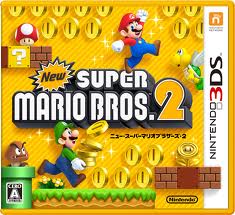 There are some video game challenges you just don’t believe are possible. Whether it’s beating Kaizo Mario World blindfolded, getting through the Pokemon series with a team of 6 Magikarp or beating a Zelda game without using a sword, they just seem like the type of thing only a dedicated nutcase would ever bother with.

And now, here’s another one. Basically, someone on Reddit has beaten New Super Mario Bros 2. Without collecting a single coin.

Think that’s not crazy? Well, look at it this way.

The whole purpose of New Super Mario Bros 2 is to get as much money as possible. It’s literally a game where coins are tossed at you from every angle. Where gold rings turn everything gold. Where the Gold Flower turns Mario into a golden badass that blasts enemies into money by shooting at them. Heck, even the first trailer started with money raining from the sky!

Either way, if there’s one Mario game that an ascetic or communist run would be awkward in it, it’s this one. Yet somehow, Reddit user someguy2988 did just that. He even documented every level and route he took in this spreadsheet:

So, you think getting a million coins was tough (or extremely tedious)? Well how about following this guy and going for the other extreme? Let’s see if you can beat the whole thing without getting a single coin in the process!

…How? I tried this myself, and I could barely beat level 1 coinless, whereas the second level starts you off in a ground-pound headed right into a bunch of (what I presumed to be) unavoidable coin bricks.