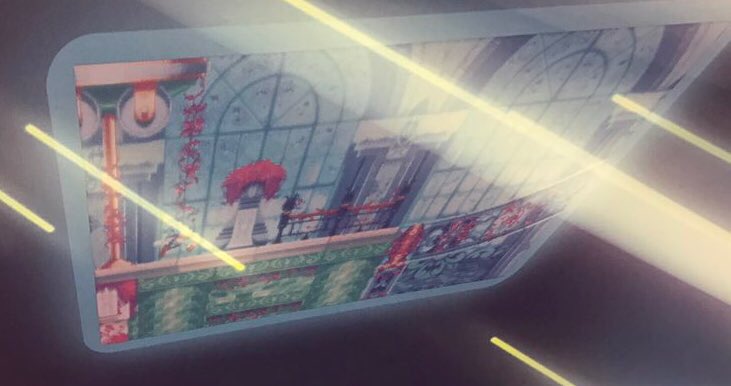 When it comes to Sonic Mania, we’ve seen a fair few levels already. There’s been a desert level, based on a scrapped zone in the classic trilogy. A new take on Green Hill Zone, which is basically law for the franchise now. A city level set on skyscrapers called Studiopolis Zone.
Basically, we know about a decent amount of the levels. But now it seems another one has been seen too!

Yes, as the title suggests, footage of a mysterious new Sonic Mania level has been spotted at the Vegas’ Licensing Expo. This was found by a user called BionicBuzz on Twitter, who forwarded it onto BlueParadox to share the news online.

It seems that a brand new zone for Sonic Mania has been spotted at Vegas' Licensing Expo! (Thanks to @BionicBuzz for the picture) pic.twitter.com/GSpkjijjgs

Plus a cleared up version of the pic courtesy of Source Gaming’s Nirbion:

As you can see, it seems to be a sort of… castle type environment. This is unusual for the Sonic series (especially in 2D), and has led to some interesting speculation about what exactly it means. These possibilities for the level include:

Heck, I’ve even seen suggestions of it being a greenhouse or floating temple. Either way, it’s a unique zone concept, and one that wouldn’t fit too out of place in a Castlevania game. Like the one likely to be announced to go with the TV show!

But hey, what do you think? Does this mystery level interest you?

Post your thoughts on it here or on social media today!