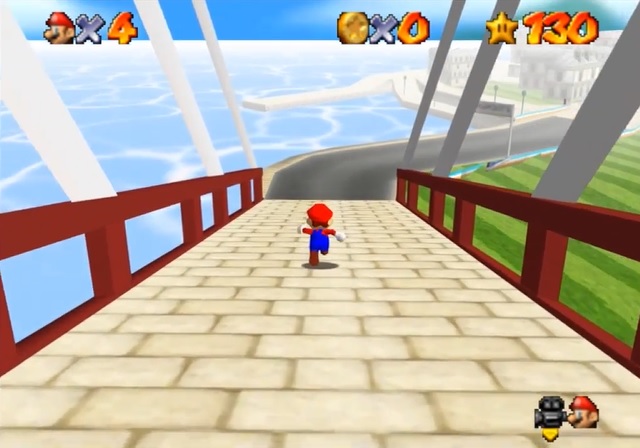 Over the years, 3D platformer levels have generally gotten bigger and bigger. You had Super Mario 64, with fairly compact stages where everything was within walking distance.

There was Rare’s N64 games, where levels were enormous to the point they often needed the Expansion Pack to run at all.

And then where games like Yooka-Laylee and Super Mario Odyssey are concerned… well stages are even bigger still. New Donk City and Tostarena alone are bigger than just about every Mario 64 level put together!

But it seems like the original game may still be able to beat them all. Why?

Because thanks to a new mode by SKELUX (creator of Super Mario Star Road), levels in the game can now be almost infinite in size! Yes, you’re now able to port entire worlds from current gen games to Super Mario 64 and have them run like expected. For instance, here’s Wuhu Island from Mario Kart 7 running in the game’s engine:

It’s incredibly impressive really. Certainly, a far cry from the days of Bob-omb Battlefield and Whomp’s Fortress, that’s for sure.

So, stay tuned to SKELUX’s channel if you want more info about it. Because it seems like the next big revolution in Super Mario 64 modding is just around the corner!