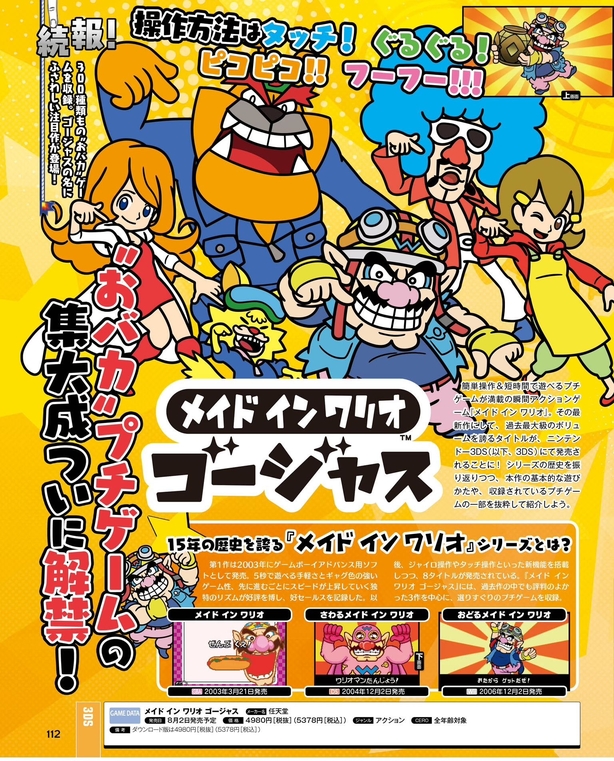 Ever since its reveal a few months back, we’ve gradually been seeing more and more media for WarioWare Gold. First we got the eShop banner, depicting a new character that was being added to the game. Then came the box art, with both the Japanese and Western designs being posted online.

And now, thanks to a few more Japanese magazines, we now have new artwork depicting the remaining characters in the title too!

As well as a glimpse of the new young girl character shown on the game’s eShop banner: 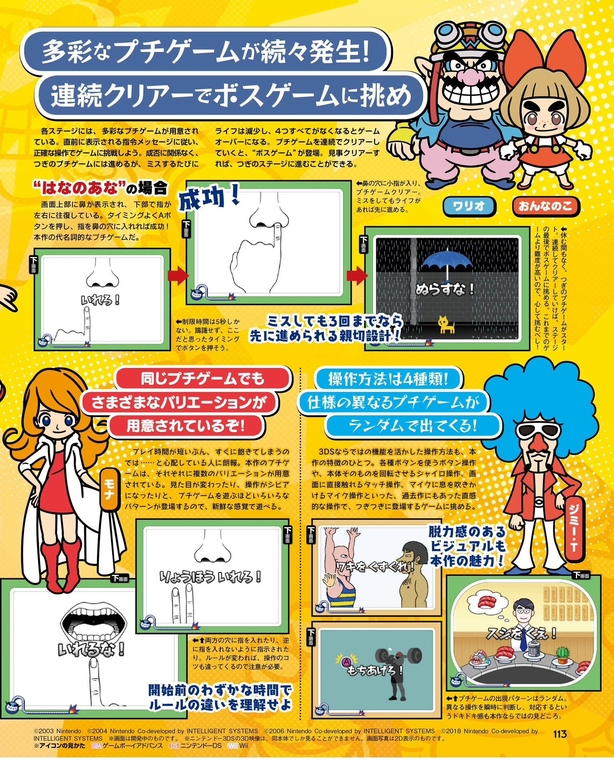 And the same magazine doesn’t stop there. Nope, it’s also got a clearer picture of Dribble and Spitz’s redesign for this title too. Yeah, they look a bit more… angular than they used to, don’t they? 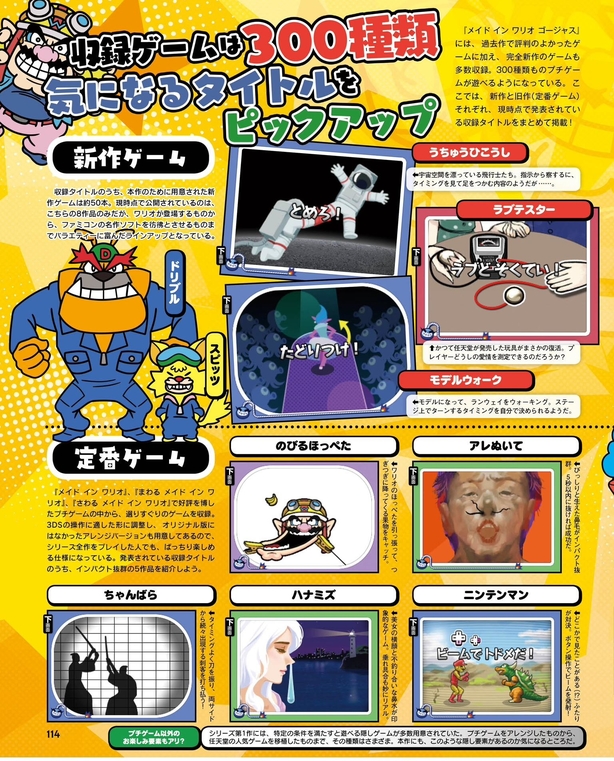 Other characters shown more here include Young Cricket and Master Mantis, as well as much younger versions of Orbulon and 9-Volt: 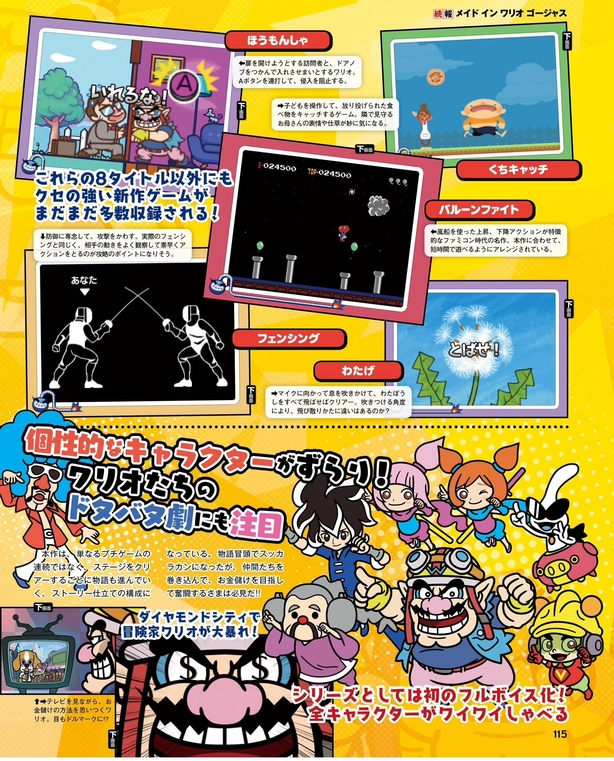 Again, interesting design changes, though it’s up in the air whether it’s better or worse than their traditional ones.

And the magazine doesn’t exactly stop there with the reveals either. Oh no, it also confirms that Wario Man makes an appearance in this title too, with his pose and general setup implying he has a role in the story as well. This makes it seem like it could be another WarioWare Touched situation, with Wario Man being the final storyline character of the game.

All pretty interesting stuff for Wario fans really, and they provide a few neat glimpses at how the game’s story may play out in general.

However, that’s not all there is to see on the WarioWare front. Nope, another Japanese magazine posted an article about the game as well, and this one featured a very clear shot of the game’s entire cast list. What’s more, it featured them standing a fair distance apart, meaning we can now see the full designs for other characters like Dr Crygor: 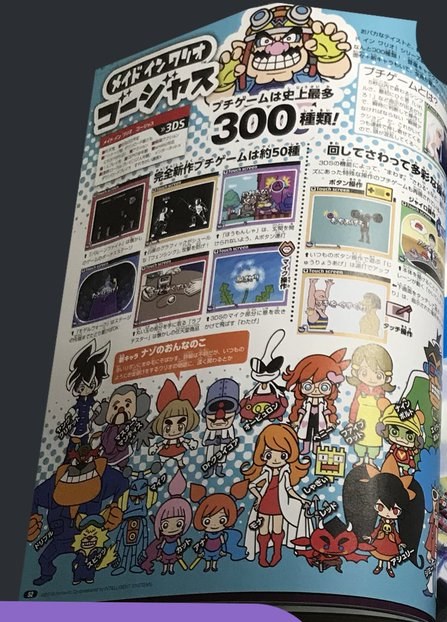 And well, they look… unusual to say the least. For one thing, the good doctor seems to have lost two feet since the last game came around, since he’s gone from being one of the tallest members of the WarioWare Inc team to about the same height as his daughter Penny. That’s not itself an unusual thing in Japanese media (where elders seem to be portrayed as being about three feet tall in general), but it’s a bit jarring given his portrayal in the series up to this point.
Especially given the inconsistencies in which characters have been redesigned and which haven’t.

For example, in the Crygor ‘household’, Doctor Crygor has been redesigned, whereas Penny Crygor and Mike (the robot) haven’t really changed all that much since the last games. This pattern continues throughout the rest of the cast list, with Kat and Ana, Dribble and Spitz, Orbulon and 9-Volt going through design changes while the likes of Jimmy T and 5-Volt stay the same. Guess artist Ko Takeuchi thought some characters already fit his new art style?

Either way, there’s also some non-magazine stuff showing character artwork too. Like this piece, which was apparently sent to various video game shops over in Japan: 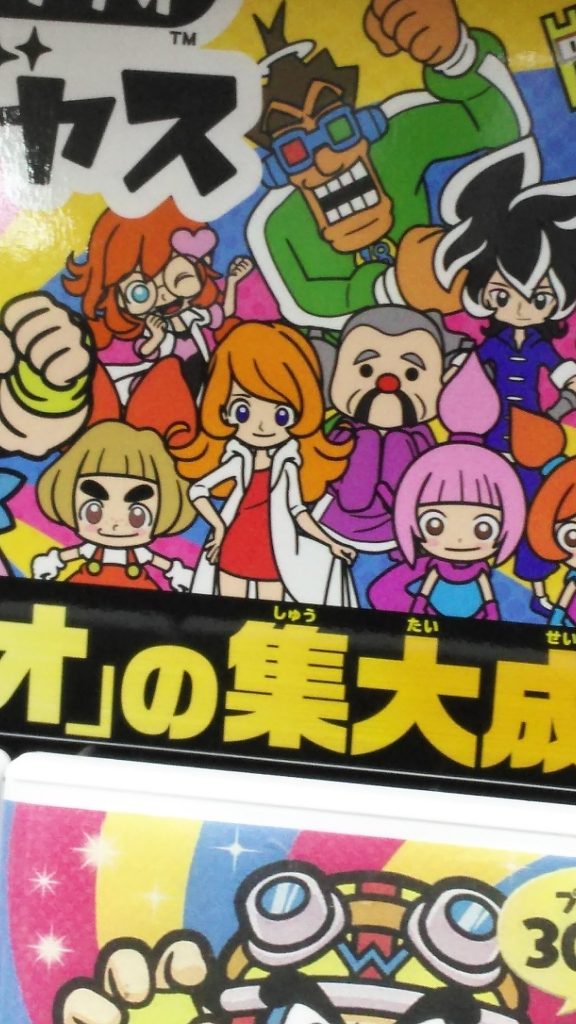 It’s kind of blurry, but again, gives another view of the new character designs too.

So, check ‘em out if you’re a Wario fan, and tell us what you think of WarioWare Gold and its new character designs in the comments below!