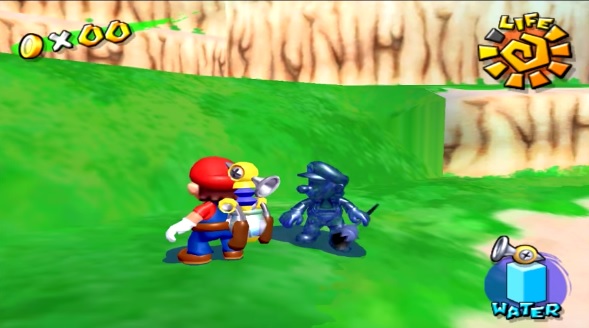 Do you ever wish you could explore Isle Delfino with your friends? Or maybe just have some jerk control Shadow Mario and make everything ten times more difficult? Think something like Super Mario Star Road needs to exist for Super Mario Sunshine?

If so, you might like the looks of this mod in progress. Basically, it’s a hack by YouTube user RonaldCoLtd that seeming adds multiplayer functionality to the Gamecube classic, with one player controlling Mario and the other Shadow Mario. Here’s a video showing the concept and how it can work:

As you can see, it works pretty well already, especially for a proof of concept. Both characters can move separately in levels. Shadow Mario has all of Mario’s own moves to mess around with. And the camera even does that Smash Bros effect where it zooms out to try and fit them both on screen. For a fancy tech demo with no other visible progress, it’s working far better than I’d have expected.

However, it does raise a few questions. Namely:

But hey, those are all questions for a later date. For now, let’s just think about how awesome it is that Super Mario Sunshine might be getting multiplayer at all, especially after how well a similar mod worked for Super Mario 64.

So what do you think about it? Are you excited by the possibility of having Super Mario Sunshine as a multiplayer game?