More Beta Content and Tiles Have Been Found in Wario Land 4! 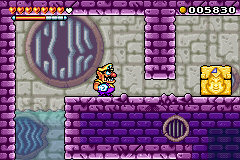 As you likely know, here at Gaming Reinvented we love writing about unused content in video games. Whether it’s the Pokémon Gold and Silver Space World demo leak or the Breath of the Wild beta content from the art book, we’ve covered dozens of interesting finds related to the development of some of our favourite Nintendo games.

And today, we’ve got another example for you. Heck, what’s more this example is one we’ve personally found ourselves by datamining a classic game. Yep, this time, we’ve got some interesting beta findings for Wario Land 4 on the GBA.

Like for example these door and window tiles found in the tileset for Crescent Moon Village:

But the tiles do resemble something in the Wario series. Namely, Wario Land 2 and 3’s graphics style:

Yep, they share a lot of similarities to the tiles found in levels like the SS Tea Cup, and (at least in our opinion) imply the game originally looked more like an upscaled version of the Game Boy Colour instalments.

And they’re not the only interesting unused tiles found in the game. No, this skull was found in Hotel Horror’s tileset too:

Which (based on its background) was clearly meant to be embedded in the hotel’s wall. But it wasn’t meant to be a mere creepy background element. No, it presumably had a gameplay purpose too.

And a quick look at Palm Tree Paradise will tell you exactly what said purpose might have been. In that level, a very similar skull can be seen in the wall of the cave, at about halfway through the level. 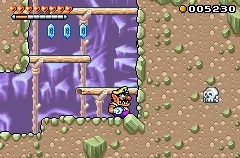 In that level, it’s used to point out a fake wall, with the area behind the skull actually being a hidden room containing the level’s CD.

Which in turn makes us believe the one in Hotel Horror would have worked in a similar way. As a small hint that the nearby wall wasn’t all that it seemed. 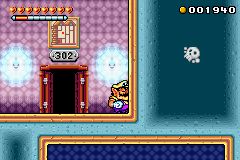 It’s an interesting concept, and one that was clearly meant to be explored a bit more in the early stage of the game’s development.

Finally, we’ve got this tile from the sewer tileset in Crescent Moon Village. It’s a grated pipe like the ones in the background, except placed over a brick background and coloured with the same palette as the foreground tiles:

Nothing too fancy, just evidence that Nintendo originally planned to have a few more decorations in said areas, with various pipes and grates being part of the foreground as well as the background.

So, check out the tiles and information about them over on Wario Forums...

And then tell us what you think of these findings in the comments below (or on social media). It’s always interesting to see new things discovered after a game’s been out for decades!