Misango Has Been Added to ARMS in Version 4.0 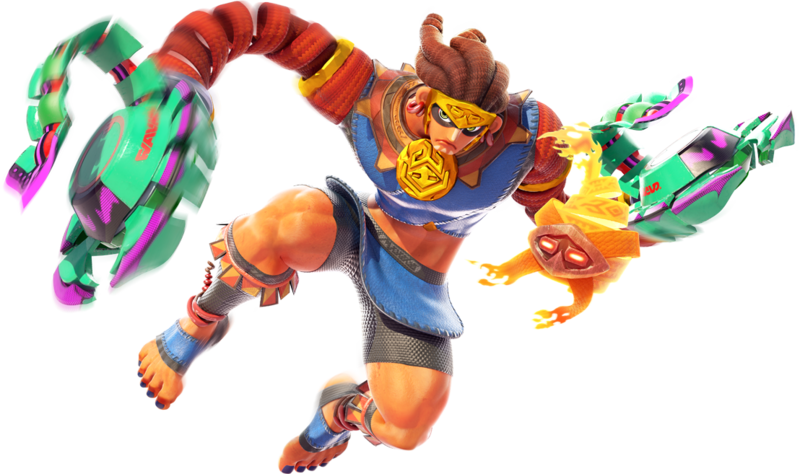 As you likely know, every major version update for ARMS has contained at least one new playable character. There was Max Brass in version 2.0, Lola Pop in version 3, and now with version 4, Misango has joined the cast too. A tribal warrior type who fights alongside a spirit buddy in battle, he can merge with said ghost to change to one of three different masks. These in turn add new abilities or change his attributes in battle, acting like Shulk’s stance change in Super Smash Bros for Wii U.

It’s an interesting system, and one that works very well in ARMS. Here’s a trailer if you need to see him in action:

As you can tell, it works well overall.

But Misango’s stance change isn’t the only extra system that’s been added here. Oh no, Misango also has another trick up his sleeve too.

Yup, as announced a few days prior, poison type ARMS have been added to ARMS as well. And with many of Misango’s default ones using this attribute, it means he’s the perfect character to test out those mechanics too. As you can imagine, it’s pretty much like how poison works in anything else; you hit the opponent, they take small amounts of damage over time. Like in Pokémon or the Mario & Luigi series.

Still, it works well here, and adds a nice extra alongside Electric, Fire and Ice attributes too.

Finally, we get the new arena for Misango, Temple Grounds. There’s not many details about it available, but from what we can tell it’s pretty much just a quiet jungle clearing with various breakable columns littered about. There’s nothing too annoying here. Just a nice fun stage to mess around with.

So yeah, that’s the latest update for ARMS. If you own the game and want to check it out, go and update now. It’s definitely worth it.