Mighty No 9 Not Looking So Mighty After All 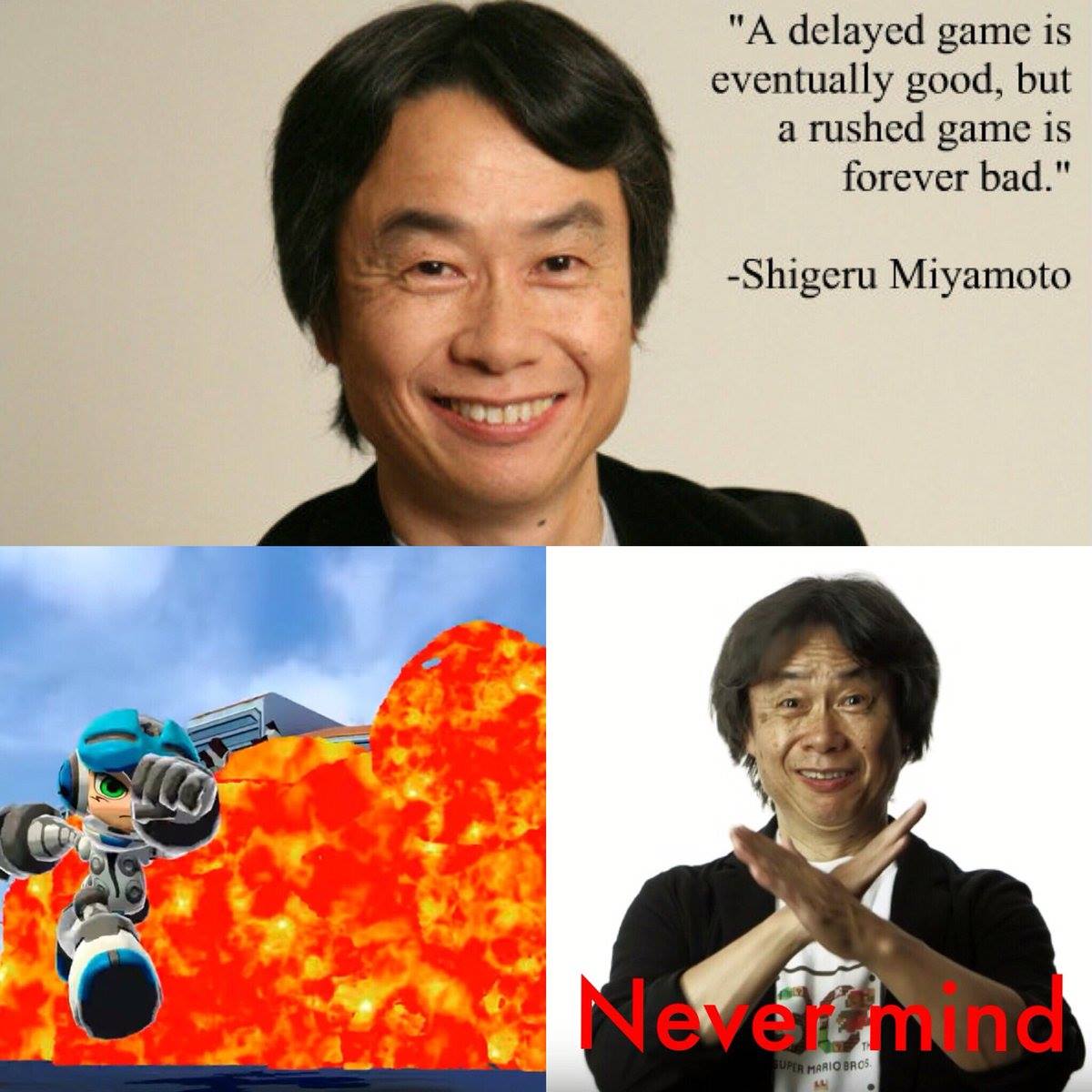 At least in the review score sense anyway, since the critics reviews that came out today have mostly slammed the game as a below average Mega Man clone that doesn’t hit the heights of its beloved predecessors.

For starters, the reviews are saying that the graphics haven’t exactly improved very much after the notorious ‘pizza explosions’ went viral on social media. IGN says the flat lighting and sickly colour palette don’t help its generic ‘Saturday Morning Cartoon’ art style, Gamespot describes the aesthetics as a ‘compromised’ effort and Game Informer says the graphics look ‘pedestrian’. Hardly words of praise for a game this hyped up.

There have also been complaints about the sound direction (especially the repeated voice acting) and the writing, with a few reviews outright calling the story awful.

But these aren’t too important here. Oh sure, classic Mega Man definitely looked nicer than this. And the stories weren’t quite as panned in the eight bit days as they are now. Yet even with stuff like Mega Man 8’s abysmal voice acting, the gameplay has tended to make up for it. If Mighty No 9 can nail that, it could be great?

Unfortunately, the critics have been just as scathing towards the game’s core design. So what are the issues here?

Well, a few reviewers are saying that the special weapons aren’t very good. That you won’t use hardly any of them and that it’s easier just to blast everything away with the standard blaster. IGN mentions the electrodes and tank treads (from No 3 and No 4 respectively) as examples of weapons that never really come in useful. In other words, a standard problem with a lot of Mega Man esque games.

But then comes the weird part.

Basically, about 50% of critics seem to be saying the game is mindless and easy. That you can just blow through it with no thought and the basic weapon. That seems to be IGN’s view, and to some degree, one echoed by the Destructoid review.

On the other hand, quite a few reviewers seem to think the game is too hard. For example, Games Radar mentions slippery ice sections in Cryo’s levels, and says the area requires precise air dashes above insta-kill spikes. And well, the Jimquisition take on the game actually compares it to games like Dark Souls and comments that some boss fights ‘might be functionally impossible to survive’ if you’re not quick enough at mashing the A button.

Heck, the Eurogamer review says it’s a game perfect for YouTube screamers and people who want to get frustrated at the game on camera. Okay then, whatever you say!

It’s an interesting divide in opinions really. Is the game easy and mindless? Difficult and frustrating? Are the boss battles the one awkward part? Does the lives system take away from the game? Reviewers can’t seem t agree here, yet they all seem to come to roughly the same conclusion in regards to how (average) the title is.

Either way, it’s been getting mediocre reviews.

Still, there is a bright side here…

Cause the reactions online are arguably even more interesting than the actual reviews! For example, one common joke that popped up a few times was calling the game ‘Mighty No 5.9’, after some of the review scores it was getting: 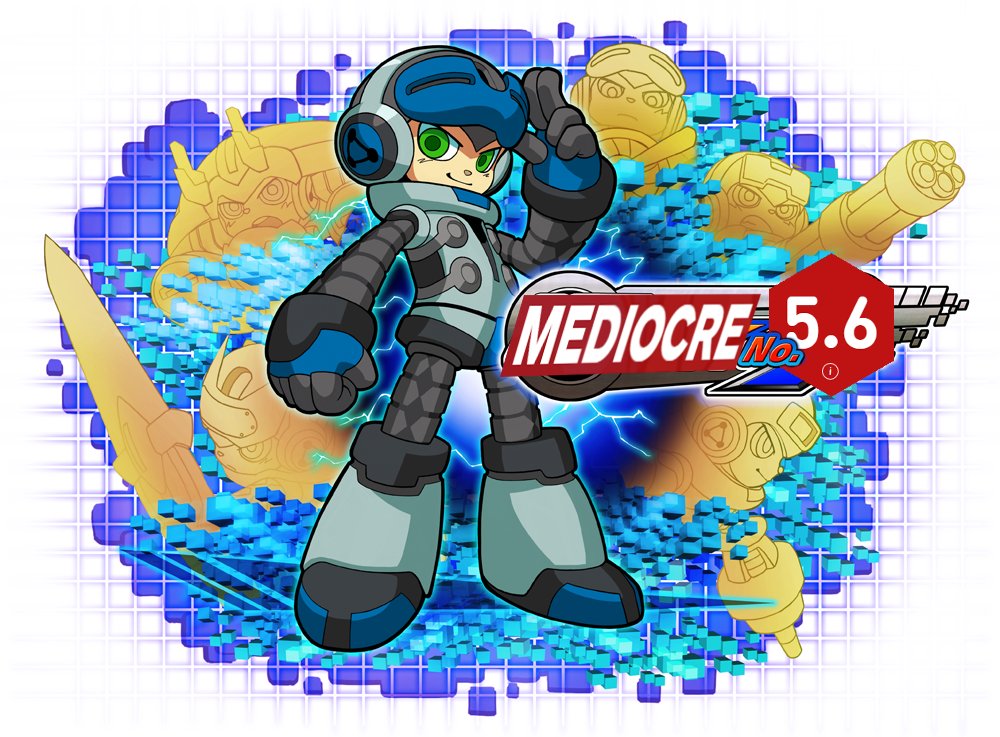 Or this amusing Miyamoto reaction picture that shows a snarky take on the ‘a delayed game is eventually good’ comment he made about a decade ago: 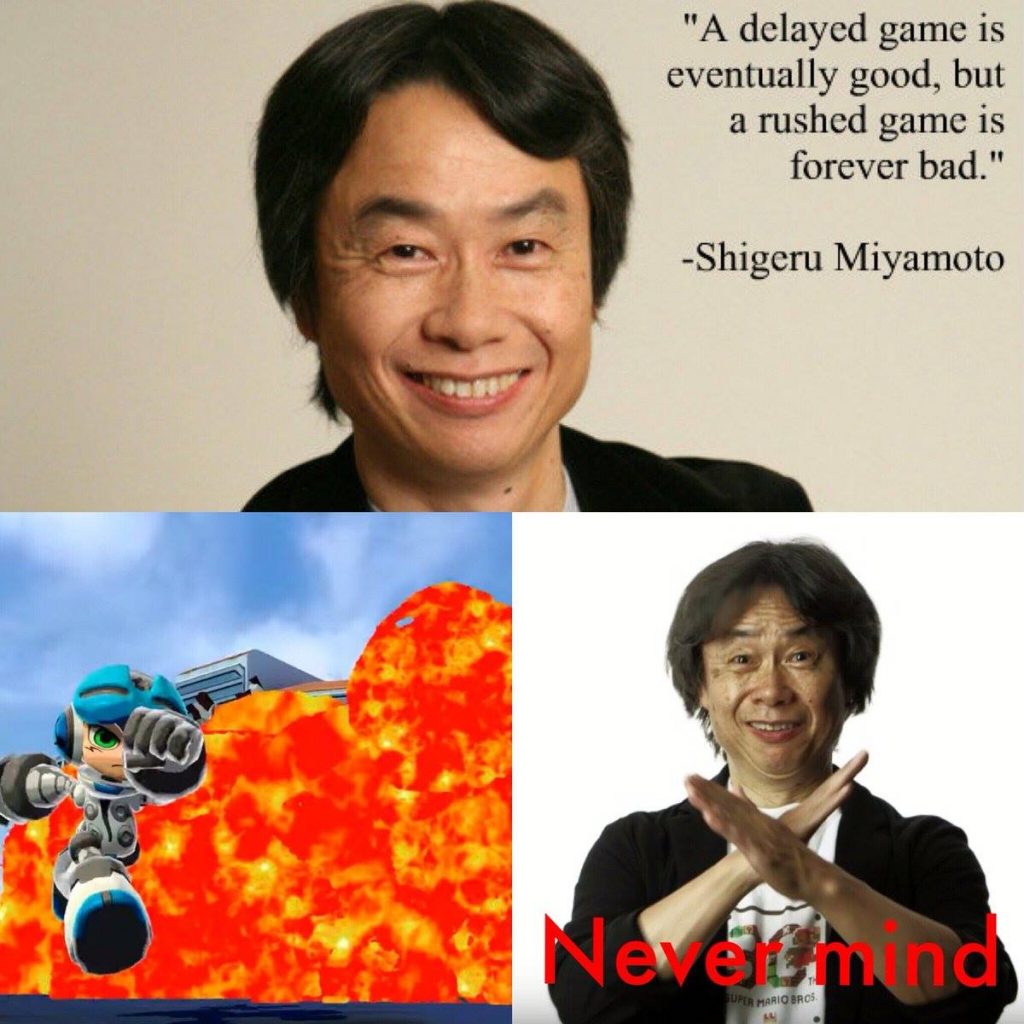 And talking of snarky comments, the people behind Steamworld Heist certainly made a few take thats towards their indie ‘competitor’:

Seriously though, ‘in a time of poorly received robot games and communities saddened by delayed releases’? Gee, wonder what game that could be referring too? It’s almost as hilariously blunt as Laylee’s comment about vehicle sections at the end of the Yooka-Laylee trailer…

Still, at least a few people see a silver lining. Namely, that this shows how popular Mega Man is despite Capcom trying to leave the series out to die. You’re right, maybe the millions of dollars raised on Kickstarter and the game’s hype might encourage Capcom to actually doing something interesting with the series again. Like, releasing a 2D platformer better than Mighty No 9.

So that’s Mighty No 9. It showed promise, it had a decent pedigree behind it, but if the reviews are to believed, it blew it all with questionable level design and dated aesthetics. If it’s lucky the sales might be good enough for a (hopefully better) sequel though.

What do you think of Mighty No 9 and what it’s turned out to be? Is it disappointing that the Mega Man spiritual successor turned out to get such a negative reaction from the critics?

Honestly, I couldn't care less what reviewers say. Most of them are biased or they have different opinions from others so either way, it's unreliable. I'm getting the game and if I like it, cool, if I don't, oh well.