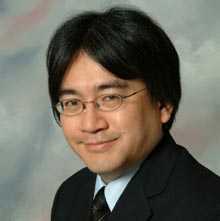 Earlier today, Michael Pachter made some… questionable comments about Satoru Iwata. Talking about him in his Super Mario Run video, he talked of him as the ‘late but not so great’ Satoru Iwata, getting a ton of flack from both Nintendo fans and people who thought this was disrespectful to the guy in the process.

Here’s the video with the infamous line included:

Indeed, it was so bad, GoNintendo actually vowed to stop talking about him in more articles because of how disgusted they were with his wording!
But now, it seems Pachter has learned his lesson. Why? Because just a few hours ago, he put out an apology on Twitter, with him saying his words were ‘horrific’ and that he apologises for denigrating his accomplishments:

Appreciate the horror at my consistency. Was vocal that Mr. Iwata did a bad job when alive; calling him "not so great" after death horrific

And do you know what? I like that he did that. Yeah, it was a terrible comment to make in the first place (almost as bad as his ‘PC gamers are like racists’ one), but I appreciate that he owned up to his mistake anyway. Much better than having a fit on Twitter or Facebook about it, and blocking anyone who complains. Or trying to make excuses for your poor behaviour by blaming others. Like those folk in the recent US election…

But either way, this wasn’t a good thing to say, and I think Michael Pachter should have thought twice about saying it. Let’s hope he’s a bit more respectful in future, and avoids any more callous comments that end up angering or insulting a large portion of the gaming population as well.

I don't know who this guy is, but literally screw him. He can apologize all he wants, but you can't say something like that and think saying sorry is going to make it okay. That's one of those things that you think, "maybe I shouldn't say that," and if it wasn't a scripted video, then maybe he should've edited it out. Any gamer knows the importance of Iwata, not just for Nintendo, but for gaming as a whole and for him to be so disrespectful, especially since he's dead, is a whole new level of being an ass.